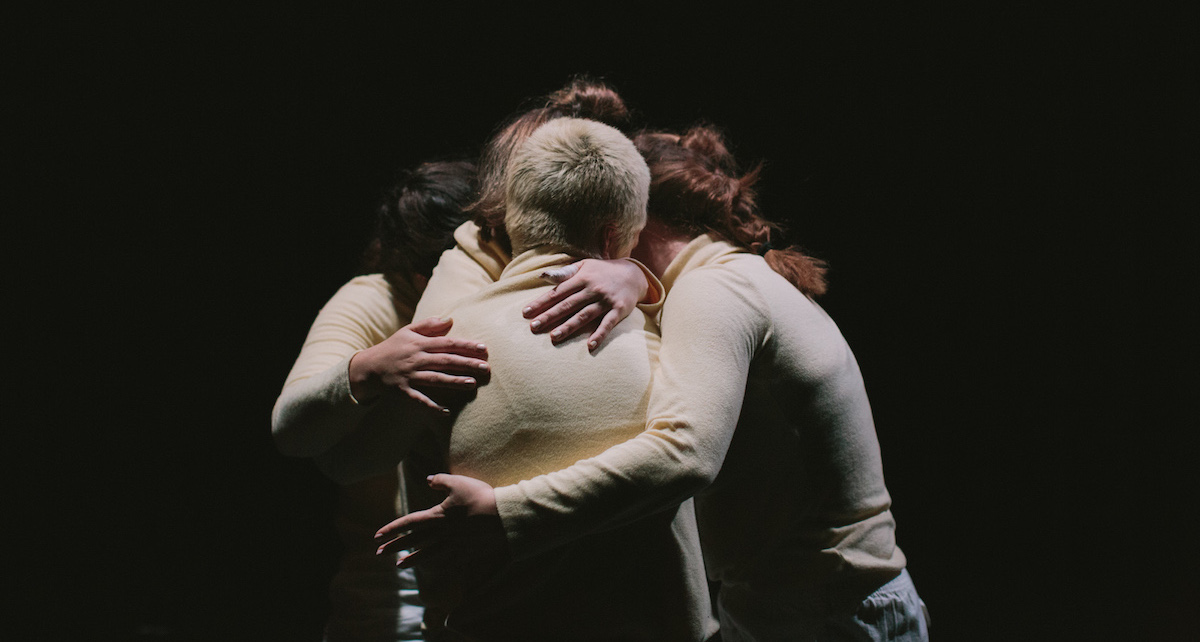 The latest offering from DirtyFeet at this year’s Out of the Studio was a double bill of two exciting, challenging works.

The opening work, Adventure Dances; summoning sensation, choreographed by Ivey Wawn, was coldly clinical and abstract with perhaps a Cunningham influence. There was no emotional interaction with the audience; instead, the dancers were remotely neutral, all concentrating on the counts and repeated phrases of movement and the pounding, driving, relentless soundtrack of beeps and hums, as created live on stage by Rainbow Chan.

The performers wore a “uniform” of pale yellow tops and white shorts. The extended opening sequence sees them in repeated small phrases of movement or held sculptural poses (like a rock or a tree ). They all take turns changing position on stage, shifting and performing the movement sequences.

Later, there is a sequence that is similar in a way to synchronised swimming and which also includes rolling floorwork. A “revolving door” segment follows, and then an extended group hug session, shifting and changing the balances and shapes (perhaps Pilobolus-like), which ends when they all sit on the floor and gently undulate and pulsate, breathing like coral.

A sudden shaft of red light causes them to violently shake and vibrate.

Silence cracks, and then the cast stands in line, checking where each is in position and continuing to turn and look, testing their arms like wings in the suddenly dappled light. The work concludes with the sounds of the sea and breathing. 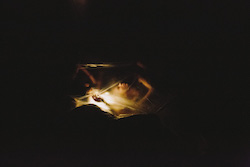 Observation, choreographed by Brianna Kell, sought to “explore expanding landscape and the hidden places of time. When we enter an action, do we lose consciousness or distill the conversation of ourselves?” For me, I saw it more as cells growing, splitting and parting, yet still maintaining its unified whole. The soundscore as edited by Ravi Gupta was driving and relentless.

The four extraordinary dancers wore black sleeveless tops and long slacks and performed with massive power and commitment. The work began with them lying under a large sheet of plastic (perhaps alluding to being underwater or in the womb). There are two other large tumbled bits of  plastic also visible on stage, lit from within; otherwise, there was no set as such. The soundscape beeped, throbbed and loudly hummed throughout. Kell’s choreography required that the dancers be boneless yet strong as trees. Like cells, the cast pulse and separate, rolling sculptural floorwork leading to work on hands and knees, and eventually leading to standing with stretched arms and the use of long, laser-sharp legs. At one point, the four dancers pair and have mechanical-like movements that become fast and furious but are then contrasted with meditative sculptural poses. Their long hair is an important visual aspect here. Each of the four performers have small, glorious solos. The work concludes with a striking use of silhouettes and shadows as the four turn their back to walk toward the back of the stage – perhaps toward the future?