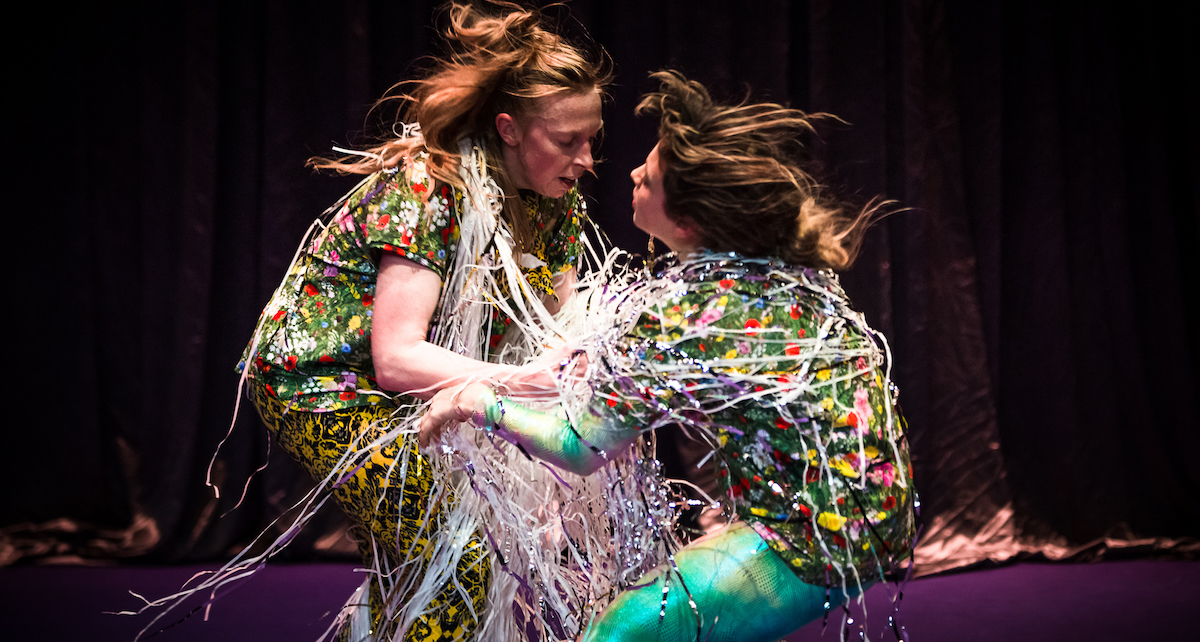 Now in its ninth year, Chunky Move’s annual “emerging” showcase umbrella, Next Move, has altered its pitch, taking us from a simple “new” motif to something deeper and richer. This year, the Next Move participants are trying nothing less than to tease apart the language of dance and to discover, if they can, new modes of dance-making. It’s an ambitious agenda but one that admirably succeeds on stage.

Comprising two works, Melanie Lane’s Remake and Jo Lloyd and Nicola Gunn’s Mermermer, the evening veers from stark beauty to comic rambling, mashing high art and pop cultural ingredients together. This is not fusion for the sake of it, however. Both pieces exercise conceptual discipline, and it is plain, without being dull and obvious, what is being attempted.

Meanwhile, Lloyd and Gunn engage in a writhing, riffing exchange of words and movement. At once “meta” and comically instant, Mermermer somehow manages to place the often arcane lexicon of contemporary dance into clearly recognisable social and psychological worlds. Solo theatre star Gunn’s extraordinary talent for revealing, self-effacing comedy is clearly manifest here, moulded by and matched to the playful, fluidity of Lloyd’s choreographic approach.

Together, Remake and Mermermer don’t so much explode the myths of dance grammar but artfully find ways to examine, extend and re-configure it. Perhaps it is too simple to say that Next Move 2016 is an exercise in brute self-analysis, but nonetheless this double bill allows the audience to see the physical notation of dance in sharp relief, as though given the chance to understand how an architect’s draft might later emerge as a fully fledged building.

On the whole, Next Move has moments of sorrowful beauty, snappy absurdity and even satire. The confluence of themes between the two featured pieces certainly helps to create a very satisfying journey and to provide an engaging and tantalising entrée to the possibility of inventing an entirely new dance language.