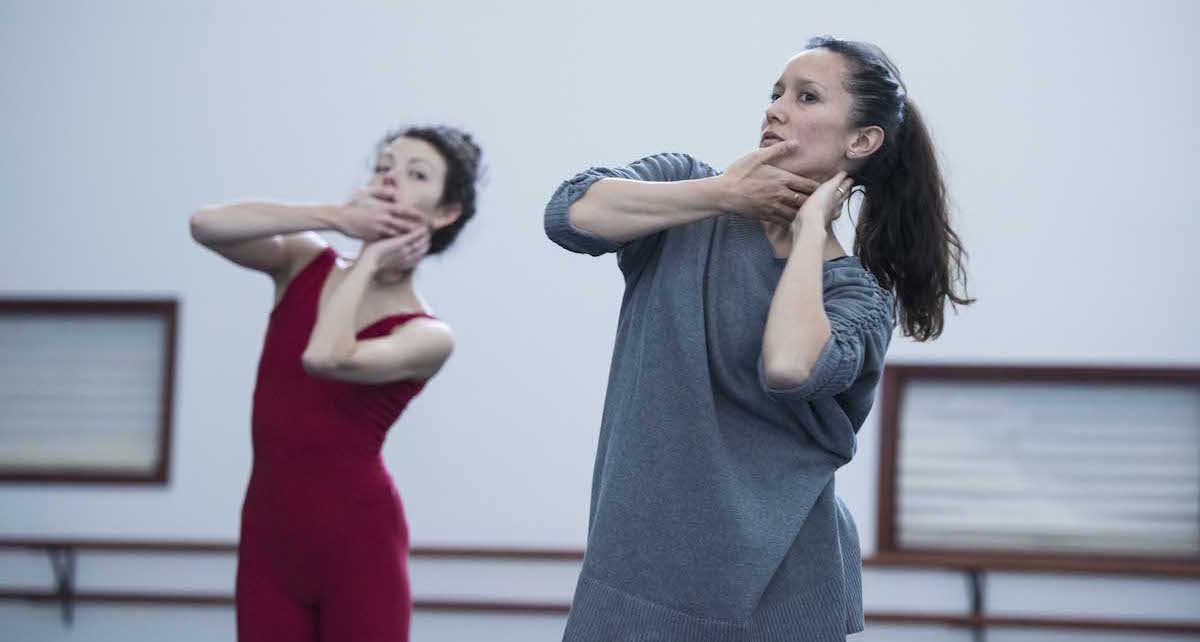 Okay, so what is the next move? Where is all this choreography going?

As cultural forms evolve, they tend to mimic the trial-and-error methodology of nature, factoring in all kinds of external influence and internal impetus. Some things prosper, others die out. Mostly, it’s nigh impossible to predict ahead of time which will survive and which will not. In an already highly developed artform like contemporary dance, the tension between recognised expressions and risky new explorations is particularly fraught; and in a way, it is this sense of unknowing that sits at the heart of this year’s Next Move programme.

Now in its ninth iteration, Chunky Move’s annual commission of works from “emerging” Australian dance makers has taken on the challenge of being more than simply new. This year’s works will both seek to fuse languages, not merely as an exercise in collision but as an exploration of the possibility of creating as yet undiscovered tongues. Thus, both Melanie Lane and the team of Jo Lloyd and Nicola Gunn will endeavour to tease out the contrasts because, as Lloyd quips, “You know and? Where’s the key change?” 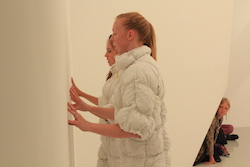 As a choreographer with a long list of credits, including previous Chunky Move collaborations, Lloyd has plenty of experience searching out the next. Having done traditional black box pieces and more experimental durational works, and having teamed up with theatre makers like Gunn, she is well versed in the fissile potential of performance mash-up.

“I got to the point where I thought, ‘Well, I can make a nice dance piece’, but I don’t need to keep doing what I know how to do,” she reveals. “I like this kind of unstable place where you’re pursuing this ‘foggy’ realm. So I’d rather take the risk of making something that’s not so digestible immediately, rather than, you know, something that’s just ‘get it, forget it’. But you hope that by following that desire, that somehow it triggers others’ desires.”

Likewise, Lane will be challenging her own considerable pedigree with Remake, where she will team up with former Australian Ballet dancer Juliet Burnett. For someone steeped in the contemporary aesthetic, Lane is clearly fascinated by the opportunity to work with the classical grammar of ballet. As she explains, “There’s a really quite great divide between the contemporary and the classical worlds, so this work is really about the encounter between the two; although, in some ways I see it as a solo for two people.”

Although they “speak” different movement languages, Lane and Burnett share a lifelong connection. “We came together through our Indonesian roots,” Lane says. “We’re both half Javanese, and our families actually know each other, so we’ve always had this connection since childhood, but we really never met each other after we were little kids.”

Since they began work on Remake, though, they have been engaged in a creative translation process. “At the moment, we’re working with Juliet’s archive and physical history, which is an amazing thing in a ballet dancer because they have this huge library of works they can just pull up,” Lane elaborates.

During their first week together, Lane asked Burnett to teach her moves. “I asked her to teach me how she kills herself on stage, and she showed me in really great detail how you commit suicide on stage,” she recalls. “That’s really interesting because it’s this other dramatic level of physicality that belongs to her world.” 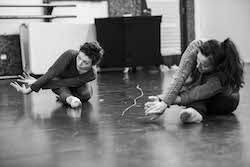 Across the hall, Lloyd is also working with drama. Her partner in the creation of Mermermer is the acclaimed theatre maker Nicola Gunn, surely one of the most idiosyncratic and original performers in the country right now. Gunn’s often hilarious, deeply self-analytical and wordy solo style promises to stretch the edges of the now tired “text in dance” motif.

“What other form could we construct or could we assemble to drive a new mode of performing?” Lloyd muses aloud. “I mean, as if. Talking and dancing we’ve seen, badly mostly, so of course this was a real challenge, but as we were working in the studio, what we had sort of almost became a practise. It’s not new, but maybe if we augment it then it can become unfamiliar in some way.”

As Lloyd insists, however, Mermermer is not just a swap meet. “We’re not pretending that I’m an actor and she’s a completely trained dancer,” she declares. “In fact, I find it quite fascinating because, with the untrained dancer for instance, there’s less ‘pollution’ in their body.”

Elsewhere, Lane and Burnett don’t have the luxury of untrained bodies, both having been honed by years of practise. Of Burnett, Lane says, “The classical body is so technical. It’s like a whole form and instrument, one I’ve never worked with before. So there’s potential to look at it in a different way to my own. It’s not so much about getting her to do contemporary moves; it’s more about trying to investigate her history through different eyes. How that transmits on stage will be as a contemporary version.”

Indeed, for both Lane and Lloyd, the distillation of creative introspection into front-on spectacle is the both an end and a start point. “We’ve brought the audience here,” Lloyd concludes, “so we want to give them something to chew on which isn’t just that half hour; not just a ‘get it, forget it’ work where you walk away and think, ‘Hmmm, what shall we have for dinner?’ We’re trying to do a little more than that.”