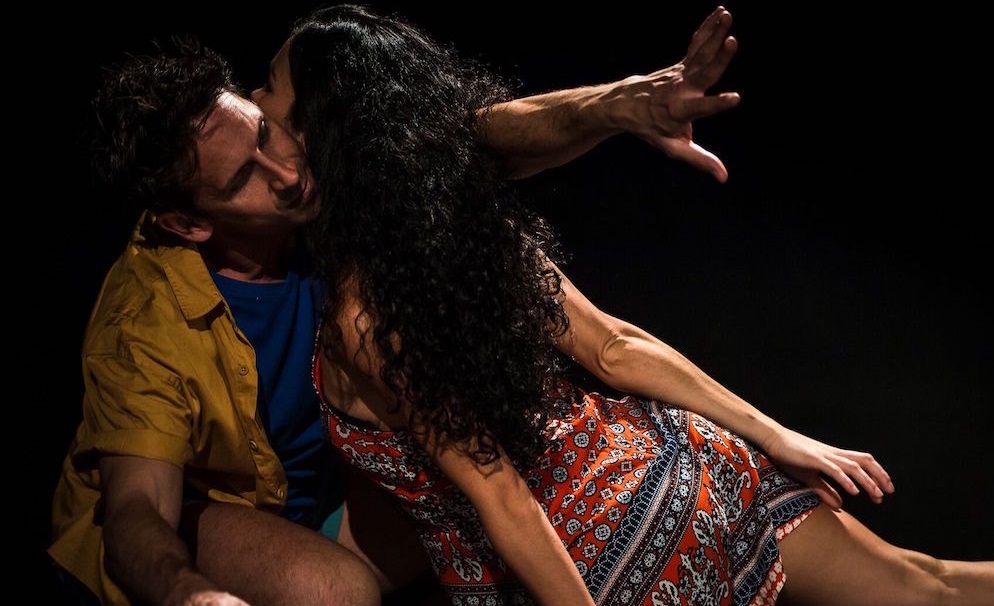 To step into the AD role at an established company, a role vacated by the much celebrated founder of the company, is probably daunting enough, but for your debut work to be playing in potentially tricky political territory must surely add to the tension. Not so, it would seem, for Danielle Micich, the new artistic director at Force Majeure.

With a long history of directing, choreographing and working extensively as an independent practitioner in Perth, Micich decamped to Sydney last year to take over the reins vacated by Kate Champion. “Force Majeure had this reputation that I was well aware of, so walking into this position actually inspires me,” she says. “I mean, I know we talk about stepping into somebody’s shoes, but actually I’m a much larger shoe size. What I mean by that is that I’ve never been overwhelmed by talking over her role, and actually I’m absolutely thrilled to get the opportunity to make my voice that much stronger.”

Her elevation from WA indie to the helm of an internationally recognised dance theatre brand fits neatly into the Micich frame. Speaking of her guiding vision, she explains, “It’s really finding interesting and poignant storytelling that is current today; and that takes many forms. That’s really what the company does, but what I bring is my vision of the way that dance theatre is made inside the context of today’s theatre.” 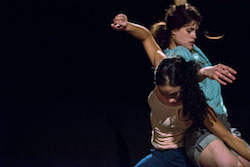 ‘Off to Record’, to be performed at Carriageworks this month. Photo by Gregory Lorenzutti.

Since its inception in 2002, Force Majeure has sought to blaze an innovative trail in movement-oriented performance, pulling strands from dance, Brecht and naturalism to create a strictly contemporary form of social theatre. All of which feeds neatly into Micich’s abiding passion. “Dance theatre is a very small piece of the pie but I wanna keep it alive,” she states. “I want the next generation to continue with it.”

For her first piece as company AD, she is teaming up with five “mixed ability” performers to take the audience behind the veil of privacy and into the more secret parts of the self. Yet Off The Record is more than a simple foray into the lives of the performers; it’s about both revealing and concealing, and, more specifically, it’s a direct challenge to the performers to confront their personal boundaries in public.

“I wouldn’t say that’s the point of it,” Micich adds, “but if the show goes there and we have the permission of the performers to do that and they want to show a side of themselves that they would normally want to hide, then we have the chance to understand that ‘this is how it is for me’.”

With a cast that includes deaf actor Alex Jones and renowned Down Syndrome performer Gerard O’Dwyer, Off The Record looks to push this envelope into even more sensitive territory. Indeed, as Micich admits, “There have been times where we have absolutely stepped over the line and the artists have called us on it. So for me, I go, ‘Ooh, what does that mean?’ and I although I don’t feel that good about it, I think, ‘Actually, this is a good thing. Let’s talk about this and maybe we can put it in the work’.”

Regardless of where anybody sits on the dis/ability spectrum, the notion of prising open the self for public spectacle is one fraught with danger (exploitation, exhibitionism, etc). For a director, establishing balance is key. “The process is about earning a sense of trust with performers that you’re there devising and making material for them,” Micich elaborates. “You know, I don’t show them steps, I talk to them about how to generate material that is of interest.” 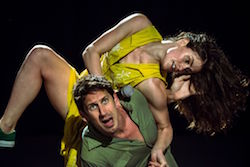 Force Majeure in ‘Off the Record’. Photo by Gregory Lorenzutti.

With a show like Off The Record and a mixed ability ensemble, Micich is well aware that the potential for soapbox tokenism is ever present. In this, she allows herself to be guided by the performers themselves. After all, it’s their lives up there on stage. “Any time that anything has been problematic, tokenistic, or like, crossing the line, they’re always brought up,” she shares. “Even yesterday, Alex [Jones], our deaf actor, was looking at a new scene, and he was like, ‘This line here, we need to talk about this.’ But you know, even though he was saying we shouldn’t say it, I was like, ‘But could it be said? Like, why not?’ So then there was this big discussion around the politics of it.”

At the end of the day, though, Off The Record has a simple rule of thumb, one that transcends the standard issue middle class equality motif. “I don’t think there’s one bit of unison in the show because it’s not about everyone being the same,” Micich underlines.

Presented as part of Carriageworks’ New Normal initiative, Micich’s Force Majeure debut will clearly confront the performers; but what about the punters? Will their buttons be pushed? “We’re not telling anybody anything,” she insists. “We’re just presenting some really interesting stories aligned with some really private storytelling.”

So perhaps, in terms of their individual reaction, those in the auditorium may also wish to keep some of it very much off the record.

For more information and tickets to ‘Off the Record’, visit http://www.forcemajeure.com.au/our-work/current-projects/off-the-record.