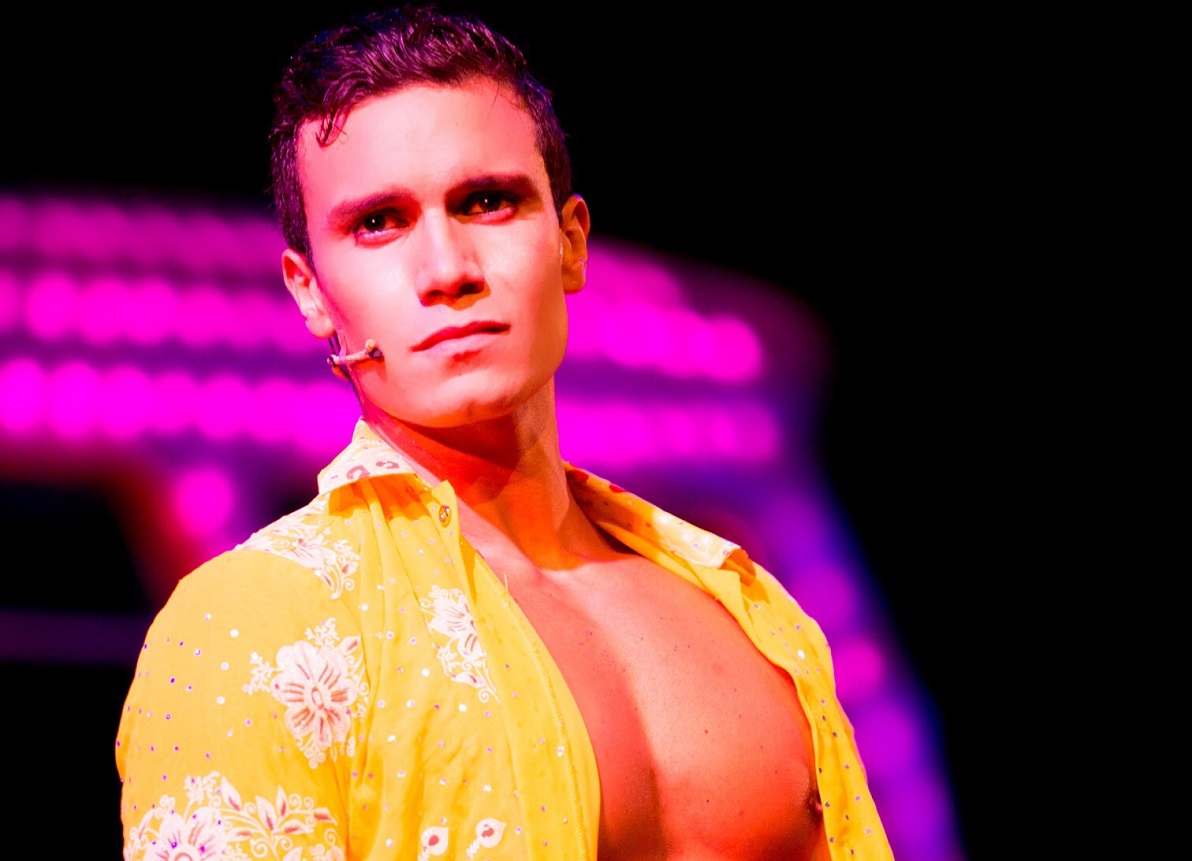 Hailing originally from New Zealand before relocating to Mount Gambier, SA, Euan Doidge always had stars in his eyes and too much talent to contain. After training with Maria Slape of MJ Dance Studio and Pamela Walker from Penola, he took that talent to Patrick Studios in Melbourne, and after a year of full-time musical theatre studies, he had a contract with Anything Goes.

His co-star, Daniel Downing from Wollongong, with equally as much flair and stage presence, studied at NIDA before landing his first gig in The Great Gatsby film. He then toured the world for four years with Wicked.

The two play Felicia and Tick in Norwegian Cruise Line’s production of Priscilla Queen of the Desert, which is currently touring the Mediterranean onboard the Norwegian Epic. Here, the two stars speak with Dance Informa about life as a cruise performer and where we can see them next.

What is unique about performing for a cruise line?

Daniel
“Performing on a cruise line means you get to travel the world whilst getting paid to do what you love. It literally is the perfect combination of work and pleasure. You then add to that the amazing people you get to meet from all over the world, and it really is the ultimate dream job.”

Euan
“Working for a cruise line is so different to what some may think. People are under the impression that it’s a ‘working holiday’, but to be honest, it’s not. We do work extremely hard and have very little time to rest and explore the beautiful places that we visit, but when we do it’s amazing.”

How has your work with Norwegian Cruise Line helped to further your career?

Daniel
“Norwegian Cruise Line produces first-class production shows and musicals on their ships, directed and choreographed by some of the world’s leading creatives. To have that opportunity is invaluable.

The opportunity to do Priscilla Queen of the Desert is also nothing but a pleasure. As an Australian gay man, everything about this show hits so close to home that to be able to do the show every week is an absolute honor.”

Euan
“Every job launches you to the next step in your career. Doing Priscilla on the Norwegian Epic has been nothing but a joy, and I have learnt a lot about myself as a performer. I’ve met some incredible people from all over the world.”

What skills have you learnt?

Euan Doidge performing in ‘Prisiclla’ on the Norwegian Epic.

Daniel
“I’ve learnt how to dance in heels! But really, working on a cruise ship is a very different life to working on land. The experience teaches you resilience and adaptability whilst maintaining a professional standard of performance.”

Euan
“I’ve learnt how to put on and take off a glitter lip in the space of zero seconds! How to not stress when it comes to quick changes and how to be comfortable wearing next to nothing in front of a bunch of strangers. But most importantly, I’ve learnt how to swim when I felt like I had forgotten how. Coming on the ship was a big adjustment for me, and now looking back, I feel like I can say, ‘Well done buddy, I’m proud of you.’”

How can cruise work open up doors to the industry?

Euan
“I’ve been working in this industry for some time now, and the one thing I always try to remember is to never get complacent. Always work hard, and something will come your way.”

Why did you decide to audition for Norwegian Cruise Line?

Daniel
“Ever since I went on my first cruise ship holiday as a 16-year-old, working on a cruise ship always interested me. So, when Priscilla was auditioning for Norwegian, it was a no-brainer.”

Euan
“I have had quite a few friends work for the company before, and when I spoke to them about auditioning for Priscilla, they said absolutely go. It’s an experience you will never forget. And they were right! I have also always wanted to do the show, and in particular play Felicia, so for me it all became very appealing.”

How did past contracts prepare you for Priscilla?

Daniel
“Being a swing in Wicked gave me the ability to quickly adapt to numerous, unexpected circumstances. The magic about live theatre is that there really are no two shows that are the same, and things go wrong all the time, so to be able to maintain a professional standard of show without the audience knowing that something has gone wrong is a skill set that will stay with me for the rest of my career.”

Euan
“I recently finished playing Marius in the Australian production of Les Misérables for almost two years. Being a part of that show taught me so much, and I don’t think I will ever do a show as hard and demanding. The intensity and commitment that was required every night took a lot out of me, but giving your all to a story that needs to be told is absolutely worth it! Coming into Priscilla, I was prepared for anything to be thrown at me.”

What is your favourite past contract?

Daniel
“Wicked was such a special show to be a part of, and to be able to say that I’ve done it in five different countries over four years of my life is something I hold very dear to my heart. I also learnt so much about myself as a person and as a performer that I wouldn’t be the person and performer I am today without my ‘green machine’ experience.”

Euan
“Oh gee, that’s a hard one! Each show I have been a part of I have loved, all for different reasons. I do hold A Chorus Line very close to my heart, as it was my first major role in a musical, and I love what the show represents. It’s honesty and reality of what our lives are as performers. But Les Misérables would definitely be a highlight of my career thus far.”

You will both star in the Australian production of Kinky Boots! Are you looking forward to it?

Daniel
“I am so excited for Kinky Boots! To be able to work on my third Tony Award-winning musical is absolutely thrilling! Kinky Boots opens in Melbourne in mid-October and rehearsals start in September. I will be the male swing, which means I know all the male roles in the show and fill in for parts when people are sick, injured or take time off.”

Euan
“Absobloominglutely! I’m so excited. I cannot wait to chuck a fresh pair of heels on and get my Kinky on! I love the show and what it represents. It’s a beautiful story about love and friendship and the message of ‘just be’ is one that I think should definitely be heard. I will be playing one of The Angels in the show.”

Photo (top): Euan Doidge as Felicia in a scene from Priscilla Queen of the Desert on the Norwegian Epic.