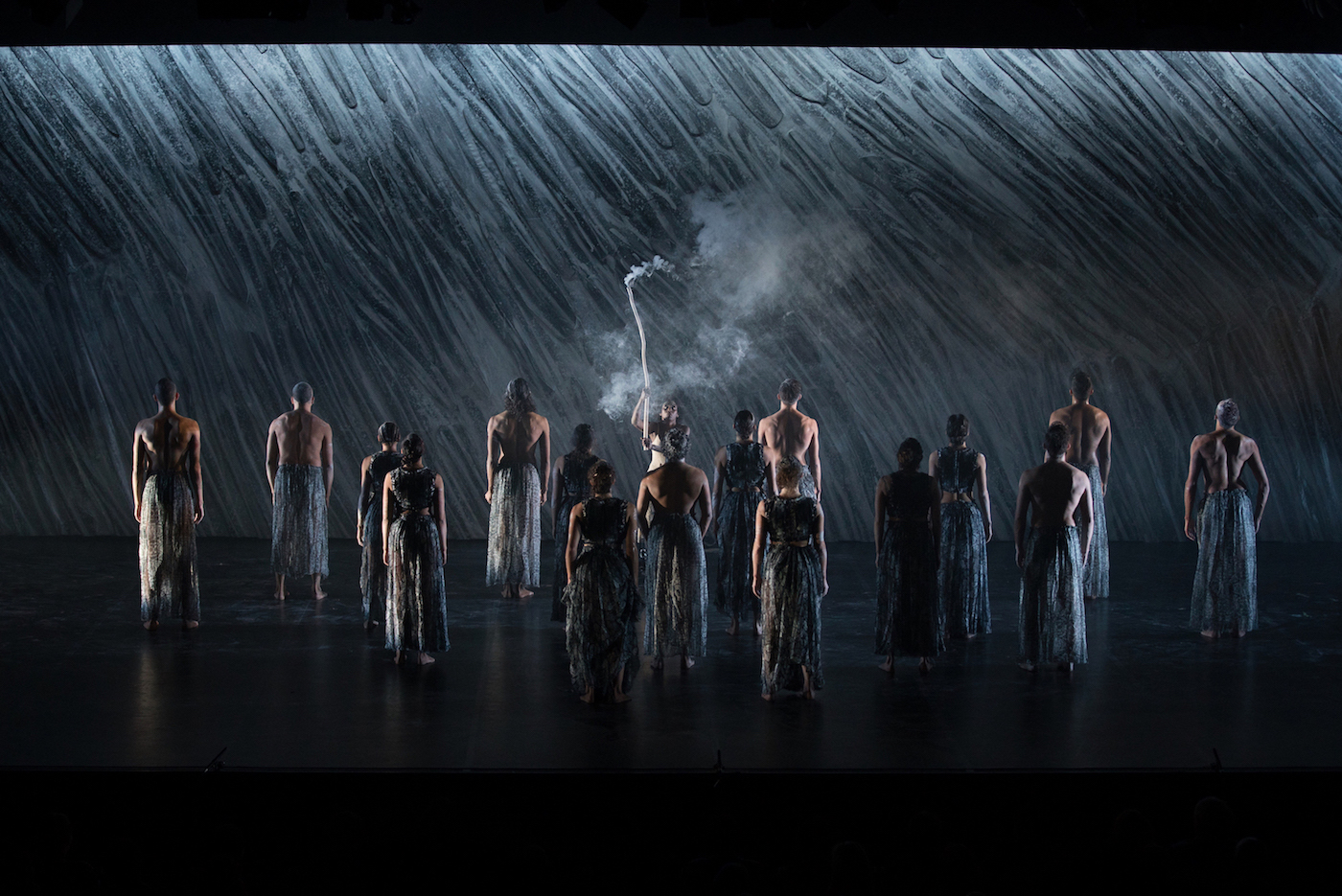 Bangarra Dance Theatre will soon tour its brand new OUR land people stories program nationally. It’s currently performing at Sydney Opera House through July 9, then it’ll visit the State Theatre Centre of Western Australia on July 20–23, the Canberra Theatre Centre on July 28–30, and Brisbane’s QPAC on August 12–20. The company recently announced that it will come to Arts Centre Melbourne on September 1–10.

The powerful new triple-bill celebrates spirit, resilience and strength, featuring works by Artistic Director Stephen Page and a trio of Bangarra dancers-turned-choreographers. The national tour of OUR land people stories is dedicated to David Page, the company’s longtime musician and composer who passed away on April 28. 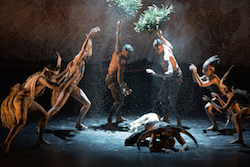 Stephen Page marks his 25th anniversary as the company’s leader with his new work Nyapanyapa, inspired by the life story and paintings of internationally acclaimed visual artist Nyapanyapa Yunupingu from North East Arnhem Land. He has long admired Nyapanyapa’s paintings – one of her works depicting being attacked by a buffalo won her the 2008 Telstra National Aboriginal and Torres Strait  Islander Art Award – and her latest series of dancing girls sparked the idea for this creative exchange. Composer Steve Francis, who has previously created scores for 10 Bangarra productions, has collaborated with Stephen in creating a vivid soundscape.

Choreographer Jasmin Sheppard, a Melbourne local who grew up in the suburb of Frankston, brings Macq (first performed in 2013 during Dance Clan 3) to the main stage, exploring the 1816 March of Macquarie on its 200th anniversary – a historical chapter that decimated Sydney’s Aboriginal community. Many landmarks in Australia are named after Lachlan Macquarie, but “Who was he?” is the question posed by Sheppard. Passionate and political, it’s a work that will serve as an enlightening history lesson for many unaware of this brutal encounter, with The Sydney Morning Herald calling her debut “unforgettable”. The music for Macq was composed by David Page in 2013. 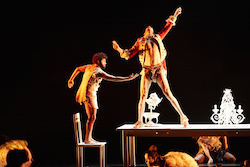 Related by a great-great-grandfather, the Rileys got to know each other – and their family history – while dancing together at Bangarra. Miyagan explores the Aboriginal kinship system (the complex familial ties between clans) and their meaning to communities and to their own family tree. Blak composer Paul Mac, a Helpmann and ARIA Award winner, is creating the music for this work, his second for Bangarra.

Resident Designer Jacob Nash designs inspiring sets for each work in the triple bill, complimented with costumes by Jennifer Irwin and lighting by Matt Cox.

In summary, Stephen Page says this program is a true snapshot of what Bangarra stands for.

“It’s so exciting to be on this bill with three artists who have been nurtured right here in our own backyard – they are the next generation of cultural leaders,” he says. “I’ve always said that, along with community relationships, it’s the dancers who inspire our stories, and it’s their heritage, their experience, their families and where they come from that permeate our productions; that’s where the heart and spirit comes into it and why our productions are so unique and moving.”