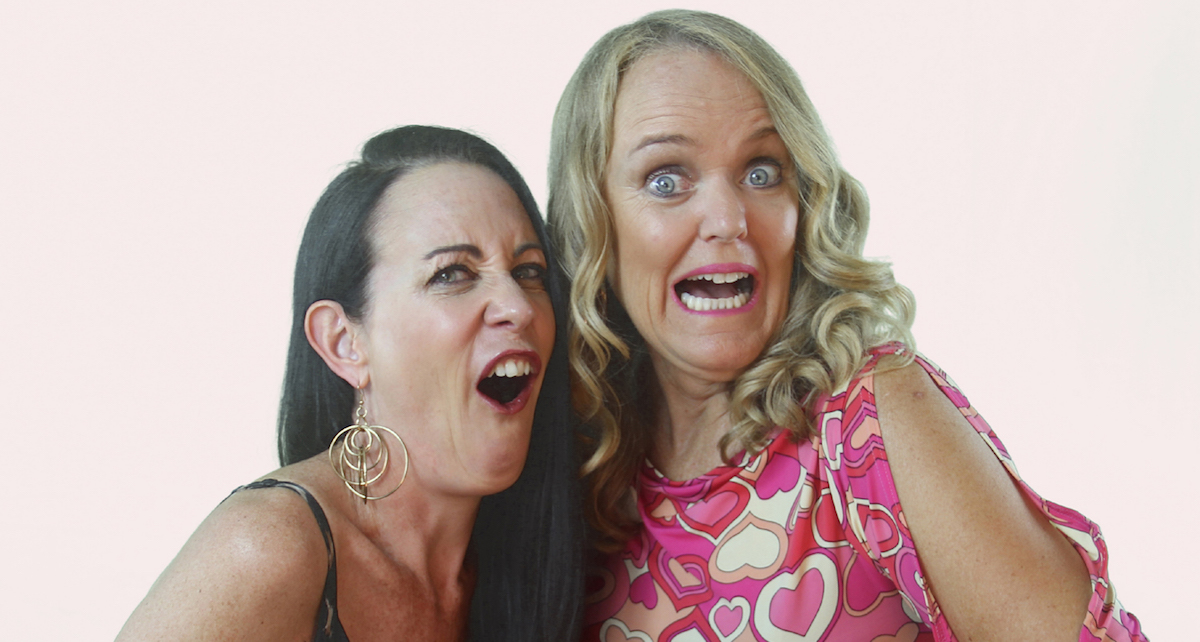 Have you seen Stage Mums yet? If you haven’t, we suggest you get on that, ASAP! Anyone who’s ever been involved in a dance competition will immediately connect with the comedy web-series.

Starring Anna Massey-Waters and Tara Page – as Shaz and Trace, respectively – the tongue-in-cheek series has been quietly racking up a stack of hits on YouTube and is now onto its second series. Think Kath and Kim meets Dance Moms meets Absolutely Fabulous.

Shaz and Trace are two stereotypical Aussie stage mums. They are besties and the proud mothers of “super talented, triple threat” teenage daughters, Shenaya and Abcde.

Lovable bogans, Shaz and Trace discuss pretentious kids, obnoxious parents, eisteddfods, social media and dodgy castings over a continuous flow of Sav Blanc. It’s a world full of wannabes, but these best friends know that their daughters have amazing talents and will do whatever it takes to make them stars.

Shaz and Trace’s nemesis is Amanda Kingsford-Smythe, with her spoilt daughter, Penelope Elizabeth. The pair seem to beat Shaz and Trace at every turn – finding out about castings before them, beating them in eisteddfods, getting sponsorship deals and the best dance partners.

As an actress, Massey-Waters was tired of waiting for roles to come to her, and decided to take matters into her own hands. She had met Page during a local stage production and talked about collaborating for years before beginning to write Stage Mums.

The characters of Shaz and Trace are drawn from real-life experiences. Massey-Waters is a former drama teacher, and her daughter, Cleo, was an actress on children’s television series H20: Just Add Water. Page studied acting at university.

“I guess you mix with a whole bunch of stage parents,” says Massey-Waters. “Most of them are lovely, but you can’t help but love the terrible ones. It’s effortless really… maybe it’s just a bit too close to the truth, not much acting involved.”

The series is filmed in Massey-Waters’ Gold Coast home. Her husband, Stephen, a camera operator and editor, shoots several episodes simultaneously on a digital SLR camera. Each episode takes around two weeks to produce and upload to YouTube.

“I thought I’ll just bung it on YouTube, and it’s racking up quite a few hits, which is good, and a lot of them are international, which is nice,” says Massey-Waters. “I guess the more you just put it out there and hashtag things, hopefully people will just stumble across it.”