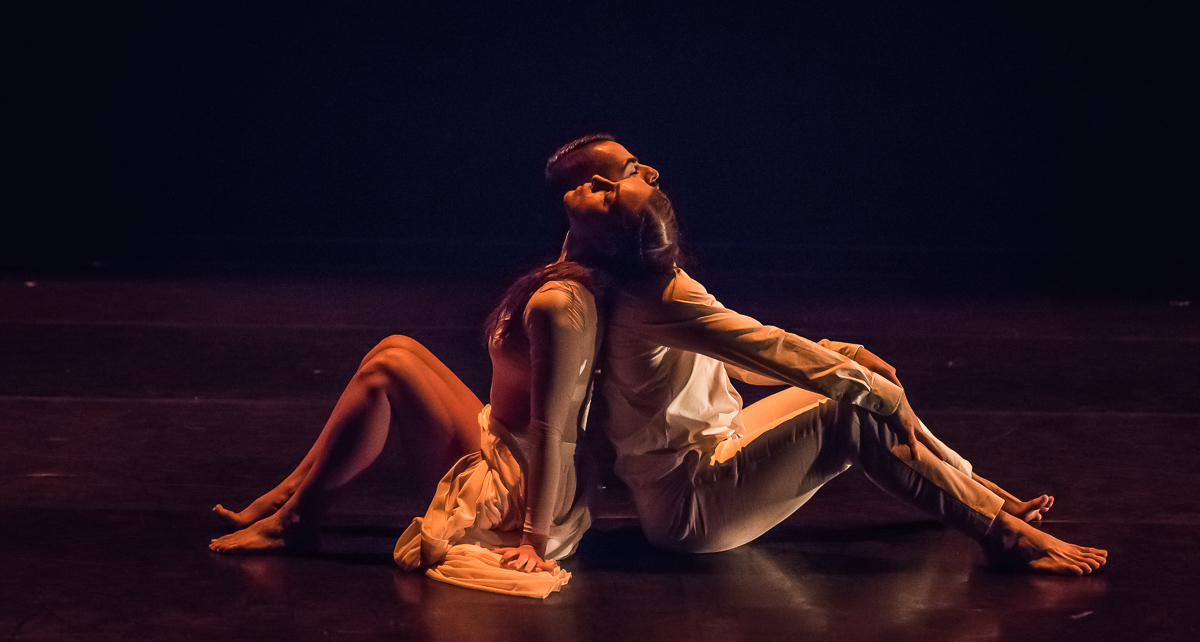 Stark, dramatic and intense, Mitchell Turnbull’s Both Sides was explosive and powerful, a most impressive debut programme by the new contemporary dance company, Limitless Dance Company.

The concept behind the work was the idea of a chess game as an allegory to examine relationships, the assorted comings and goings, breakups and alliances within them, and how these experiences help define our existence. In every relationship, there are two sides – the public face and the hidden private one.

There was no set but very effective lighting, using both the black and white squares of a chess board and also washes of dynamic colour at certain points. The crashing, pounding electronic score by Paul Tinsley, however, was perhaps at times a bit overwhelming.

In Both Sides, the “two sides” are the traditional “black” and “white” of the game of chess. The Kings and Queens’ costumes were virtually identical in design – elegant shirts and trousers for the Kings, and leotards and long, flowing skirts with a slit down the front for the Queens. The costumes for the “lesser” pieces were subtly, individually different.

The intense, explosive and quite demanding choreography was fabulously performed by the great cast, all of whom were full of dynamic energy and passion. Some of the choreography resembled music videos; there was also a use of the deep Graham plié and possible hints of Rafael Bonachala, Graeme Murphy and Hofesh Shechter’s styles. Spinning, writhing floorwork is contrasted with long, arrow-like standing movements. Spiky fingers are articulated, and there are moments when performers touch the floor.

Turnbull seems to prefer either long, straight, stretched arms or arms with angular bent elbows. The work features segues of powerful ensemble work to intense dramatic solos. A highlight would have to be Chris Mifsud as the White King’s solo just before interval.

Another highlight is when, in Act I, the Black Queen tries to seduce the White King in a sultry pas de deux. Imogen Tapra as the Black Queen is mysteriously captivating and hypnotic. The White Queen (Jennifer Horvath) has a terrific solo in Act I. And the marvellous pas de deux for the White royals in Act I was soaring and floating with sculptural “flying” lifts.

In Act II, the Black King (Rowan Rossi) has a fabulous solo full of laser sharp energy and one that demands an incredibly flexible back. In the battle scene in Act II, the dancers appear almost boneless, throwing themselves into huge, flying leaps. There is a short pas de quatre for the four royals before the White Queen is vanquished again by four black pieces. The attack on the White King and the diminishing of the White forces was quite menacing and dangerous.

The work is sharp, spiky and most exciting. There is no doddering old Red King here as there is in Ninette de Valois’ Checkmate, but Both Sides features rather sizzling, elegant young dancers who were electric.