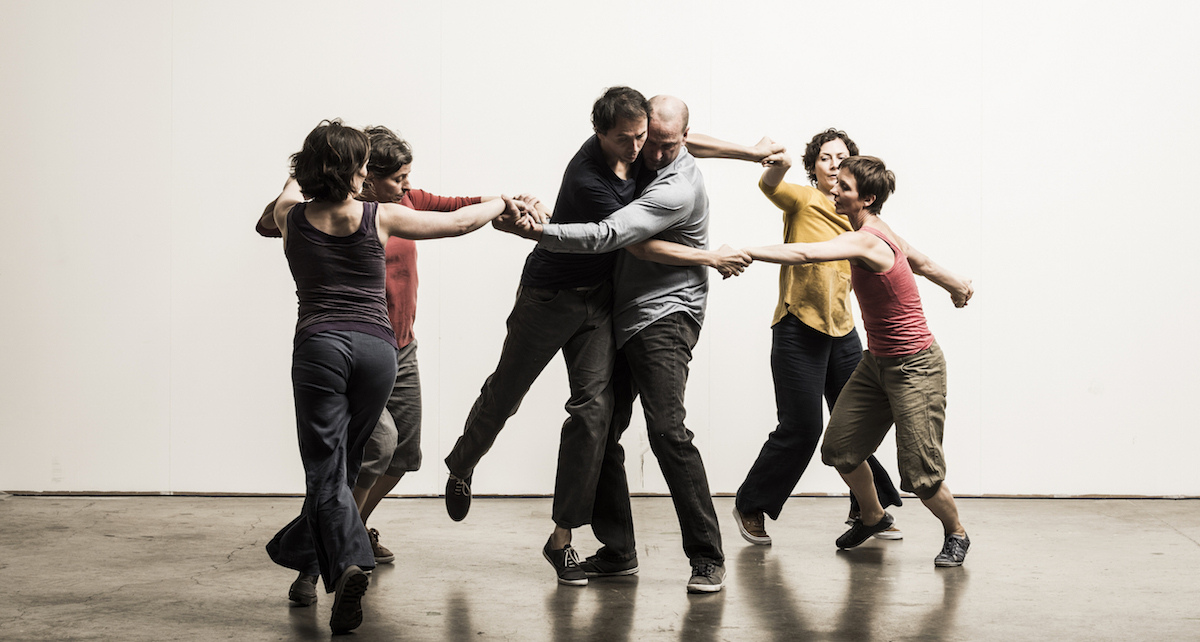 It is an irony observed by many that in an age where communication technology abounds and the so-called global village shrinks distance and melts borders, there exists a profound sense of atomisation and dislocation that has many of us feeling more distant and cut off than ever.

Although Dublin-based choreographer Liz Roche is taking a more nuanced approach to this idea, her latest piece, Time Over Distance Over Time, begins with what happens when personal relationships are mediated by technology across physical distance. Indeed, she begins by telling the story of how she and her sister, Jenny Roche, were forced to re-negotiate their creative and family relationship after the latter moved to Brisbane.

“The making of the piece was really to just try and manage the fact that we were separated again,” Roche says from her Dublin home. “The piece looks at how we communicated across distance. When you’ve danced with someone for years, and it’s your sister, when you know someone’s body really well and all of a sudden you can talk to them and see them and it almost feels good, you also realise that it’s just not like having them beside you.”

Like many Irish, the Roche sisters are well-versed in the leaving of home. Since the mid-19th century, Eire has been a net exporter of people, its young often driven abroad by lack of opportunity, economic hardship and persecution. As teenagers, they both decamped to London to further their dance training and experienced a sense of distance from loved ones. Jenny’s recent move to Australia has, in many ways, mirrored that youthful experience. “I remember just not really believing that she was going to have to go off again,” Liz recalls. 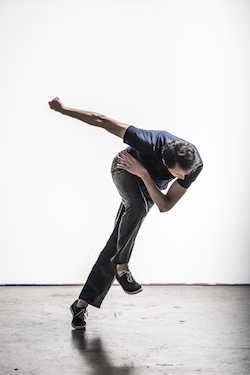 ‘Time Over Distance Over Time’, choreographed by Liz Roche. Photo by Luca Truffarelli.

Unlike when they were teens, though, Liz can now reach out to her sister and all the other creatives involved in Time Over Distance Over Time via the internet. In addition, she now fronts her own successful contemporary company, (which she formed with her sister in 1999), and so the notion of working internationally is nothing new. Over the years, Liz has worked in centres as diverse as Beijing, Paris, New York and Liverpool in both a touring and residency capacity. Yet, for all the trappings of success that can surround that lifestyle, she has maintained a very personal nucleus of dancers around her; and it is this tight knit ensemble that will gather in Sydney and Brisbane from late June for the Australian premiere of Time.

In keeping with the theme of fragmented communications, however, the piece was mostly developed and rehearsed at distance, with dancers in Eire, England and Australia collaborating over the wires. As Liz explains, “Sometimes I would go in on Skype and see how things were doing; but because there are very personal stories between the six of us, everybody sort of created maps of how they knew each other. Also, the cast is definitely what you’d call mature, so I could really rely on them to have that wealth of experience that would allow them to potter away.”

For dance, as an avowedly physical medium, this is a very counter-intuitive approach. “When we were first talking about the piece, we sort of toyed with the idea of never being together,” Liz reveals. “In a way, I could see how that would probably be a better representation of the idea, but just the desire to be together won over.”

Thus, throughout its development and in the weeks leading up to its debut at the recent Dublin Dance Festival, the dancers would meet up with Liz. Thinking back on it now, she says, “We had so little time in a way that I didn’t get to try things in a million ways, so by the time we were going into opening night, I felt a little untogether. But actually, then something came into the room. A real warm and connection and care for each other, and that’s when things really started to happen.”

And perhaps here is some kind of point. For all the supposed immediacy of digital communications, human relationships and society are rooted in physical proximity. For makers of dance, this is probably more obvious than it is to rest of us. As Liz observes, “Having just done the show in Dublin, the thing that really touched people the most was the fact that we had come together. I think that’s why people come to dance. To really see it, not imagine it. To really be there.”

In fact, it turns out that the piece is far more emotional than its cyber-related theme might suggest, and, as Liz would argue, this is because of the specific personal relationships that she and her six core dancers have formed over their years together.

“You can sit in silence with somebody, and it can be a really easy, relaxing thing when you’re in their presence, but over the phone it’s really bloody uncomfortable,” she notes by way of conclusion. “I think it means that all of our communications are somehow rushed. It’s like we’re trying to fill the gap all the time.”