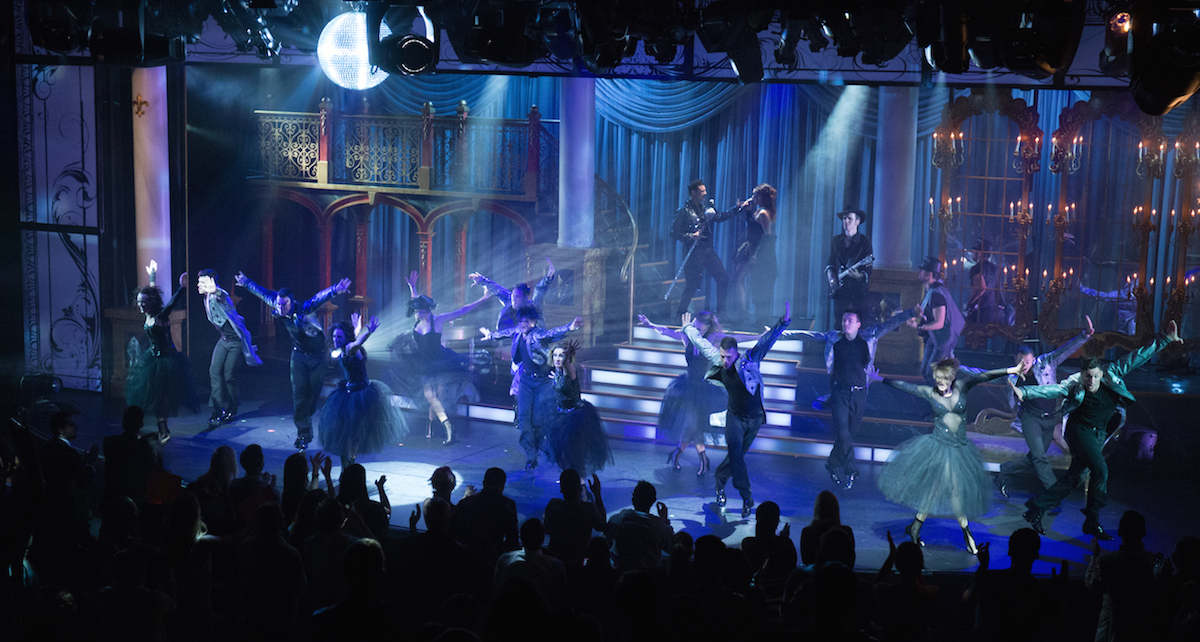 Peta Roby has spent her life in the ballroom. Since she started dancing with Jason Gilkison back when they were both in primary school, she has won multiple championships, been Young Australian of the Year and kickstarted a globe-trotting dance theatre juggernaut.

As you might expect, the hectic schedules, relentless travelling, constant finessing of routines and minute strategic planning that go along with touring the world with Burn The Floor are simply part of the ecosystem for her. Indeed, when I wonder if she ever gets time off, her response is simply to laugh.

But of course it would take a lot of energy to keep up with the sheer pace of Burn The Floor because, not satisfied to keep spinning out the same old same old, Roby and Gilkison have consciously evolved their world famous company. As Roby tells it, “We started off as an arena spectacular in 1999, and by 2005 we kind of reinvented ourselves as a more urban look; we kind of changed the face of ballroom at that point. We wore no shoes and had urban outfits rather than glittery costumes. But this reinvention now, to Fire In The Ballroom, is still a rebellious look. You know, the music is a big part of what we’ve paid attention to. We’re using more rock, and the use of live guitars for us is a big deal really.”

While Burn the Floor has stuck to its ballroom roots, it has amped up the format. Their current touring show, Fire In The Ballroom, employs 17 dancers and three musicians live on stage, multiple costume changes and big production values. In addition, the trio of pared down shows that the company performs on Norwegian Cruise Line vessels are taking Roby and Gilkison’s aesthetic to the high seas, thanks to  Norwegian’s Vice President Entertainment, Richard Ambrose, and Director of Entertainment Production, Robert Dean Hertenstein.

With all this cross-pollination going on, not to mention the faster pace of innovation engendered by the post-SYTYCD exposure that dance has recently enjoyed, Roby is always on the lookout for an edge to keep things fresh.

“It’s so important that there’s stimulus in the company,” she declares. “So everything from their fitness, whether it be certain diets, their commercial appearance, little changes to the show, anything to keep the company alert. I’m always pushing them, whether they’re on the cruise ships or the touring show, so that complacency doesn’t set in.”

Ballroom being what it is it would be easy simply to trot out the standards in ever skimpier outfits. Tango, cha-cha and rhumba will always have an intrinsic appeal, if only because they are dances that mere mortals can do and, of course, they are implicitly sexual. More than that, though, partner dancing reminds us that music and dance began as social activities, as emotional and physical meeting points.

Peta Roby of Burn the Floor. Photo courtesy of Roby.

Roby has her own perspective on this. “The interesting thing with SYTYCD and that kind of thing is that it’s encouraged a lot more partner dancing, so I think that the partnering skill has become more prominent,” she says. “I’ve noticed that with our dancers the requests for them to perform or teach is a lot higher because they have the skills that the other dance forms don’t have. So, you know, on a business level, a lot of our kids are doing very well.”

Diving beneath the pragmatics, though, Burn The Floor makes a much more instinctive connection with its audiences. “Suddenly the imagination goes wild because touch can be anything,” Roby says. “I’ve had some beautiful moments watching the audiences; you know, like seeing people reach across and hold hands during the show. I love seeing that because it tells me that my job is done because that rapport on stage is moving across to them.”

That onstage chemistry is obviously crucial for all of Burn the Floor’s iterations, touring or cruising. Just as Roby and Gilkison developed their own dance partnership to a national championship dominating level, they look to have their performers attain the same level of connection.

“Our dancers come from the competitive ballroom world, so what’s nice for them is that with us they’re part of a team,” Roby reveals. “So suddenly it’s this game of sharing.”

As the touring company winds up the Australian leg of its ongoing journey this month (before stints in Japan, South Africa and London) and their dancers gear up for the northern summer’s peak cruising season with Norwegian, Roby takes time to reflect on the true soul of ballroom.

“Music was a huge teacher for Jason [Gilkison] and I growing up,” she recalls. “If you think back to the ’70s and ’80s, there wasn’t as much information or sources to find it, so music was the teacher. Who knows if it was right or wrong, but it was right for us. So when people focus on the technical elements and all that, I take them back to things that are just musical.”

Whether we see it in a cruise ship theatrette or the auditorium of a glittering, modern arts centre, most of us will surely recognise the universal music in the song of two people dancing together. It is, after all; there’s a fire worth the lighting.