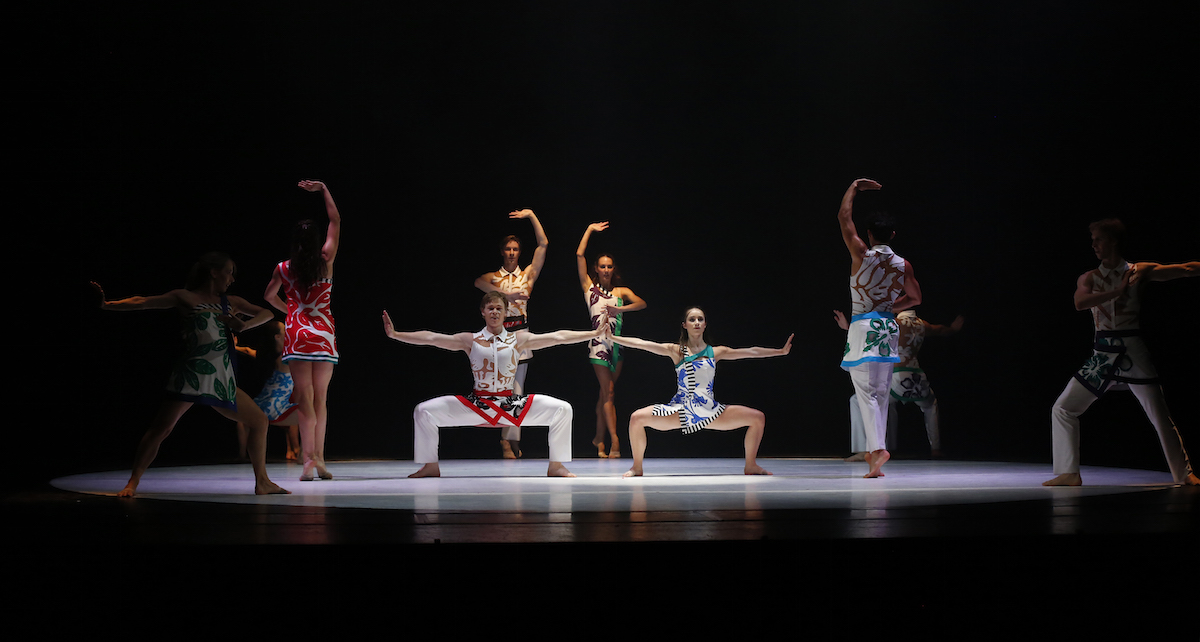 Find out what’s happening in the New Zealand dance scene!

Graduating students at the New Zealand School of Dance (NZSD) are working toward premiering a show of their own choreography for the school’s Choreographic Season in May. The students have joined together to send out a call for support to produce costuming for the show. The NZSD Choreographic Season is a collection of new dance works, created by the 10 third-year students of the school’s contemporary dance stream.

To ensure professional production standards, the students have launched a crowd-funding campaign on givealittle.co.nz for construction of the multi-layered costumes essential to the show. Student Tristan Carter explains, “This year, the costumes play a crucial part in building our show. We need your help to dress our 28 dancers. Every little bit you can contribute would really mean so much to us.”

The production is a collaboration between the dance students of the NZSD and the production/stage craft students of Toi Whakaari: NZ Drama School. The impressive collective is completed by costumier Donna Jefferis. Jefferis has had an international career in costume construction with over 20 years of experience under her pin cushion.

A highlight of the Wellington arts calendar, the eagerly awaited performance season showcases contemporary dance at its most innovative on May 20-28 at Te Whaea Theatre in Wellington. Support for the students and their show can be pledged online at givealittle.co.nz/fundraiser/choreo2016. Read more about Choreographic Season 2016 at nzschoolofdance.ac.nz/events/choreographic-season-2016.

Choreographer Javier De Frutos has been nominated for an Olivier Award for Outstanding Achievement in Dance for The Anatomy of A Passing Cloud. This dance work was originally commissioned by the Royal New Zealand Ballet (RNZB) in 2013 to mark the company’s 60th anniversary year. De Frutos spent six weeks with the dancers before its Wellington premiere and New Zealand tour. In 2015, the company reprised and performed the work in Leeds, Canterbury, London and Rome as part of a mixed bill during the company’s end-of-year international tour to the UK and Italy.

“We’re delighted that Javier De Frutos has been nominated for an Olivier Award for this stunning work, which holds a special place in our repertoire,” says RNZB Artistic Director Francesco Ventriglia. “Javier is part of the extended RNZB family, having first created Milagros for the RNZB in 2003.”

The Anatomy of A Passing Cloud is De Frutos’ take on Pasifika, an exploration of a culture that he loves and wishes to celebrate. Viewed through the lens of an outsider who is himself an immigrant in London, it is a fascinating, provocative work – highly athletic and with many moods.

The 2016 Olivier Awards will be announced at the Royal Opera House on April 3.

Giancarlo and Masha Johansson were named World Champions at the 2016 World Salsa Championships in Hong Kong recently. This is the first time New Zealand has had a Professional World Salsa Champion couple. “We are very happy and satisfied that after so many attempts, misfortunes and so much sweat, injuries and tears… it all came together!” Johansson exclaims.

22-year-old Kiwi Chris Ofanoa has been named as a top dance finalist for the 2016–17 Rolex Mentor and Protégé Arts Initiative, following a worldwide competition. If chosen, he’ll have the opportunity to be mentored by master choreographer Ohad Naharin, with a year of creative exchange and collaboration to begin in June. The other finalists for the dance program are: Londiwe Khoza, 22, of South Africa; Peter Lenso, 24, of Zimbabwe; and Xanthe van Opstal, 23, of the Netherlands.

Each protégé will receive 25,000 Swiss francs to support his or her participation in the programme, with a further 25,000 Swiss francs available to create a new work at the conclusion of the mentoring year. Mentors are asked to spend up to six weeks with their protégés over the 12 months, but the pairs are free to interact in whichever way suits them best. Rolex organizes all aspects of the programme from its Geneva headquarters. 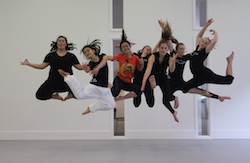 Since its launch in 2002, the Rolex Arts Initiative has built a remarkable artistic community that connects artists around the globe. Some of the world’s most distinguished artists have served as mentors. They include choreographers Trisha Brown, Anne Teresa De Keersmaeker, William Forsythe, Jiří Kylián, Lin Hwai-min, Alexei Ratmansky and Saburo Teshigawara.

For further information about the Rolex Arts Initiative, visit rolexmentorprotege.com.

The New Zealand Dance Company (NZDC) will hold its YEP! Autumn School on April 18-22 at the Wellesley Studios in Auckland. Students will participate in daily warm-up classes in contemporary, fusion, ballet, muscle and bone, and yoga, as well as learning exciting, fresh NZDC 2016 repertoire, before a performance at the end of the week.

Registrations close on April 8, unless filled earlier. Register your interest at yep@nzdc.org.nz or 09 378 7361.

Photo (top): RNZB dancers in The Anatomy of a Passing Cloud. Photo by Evan Li.