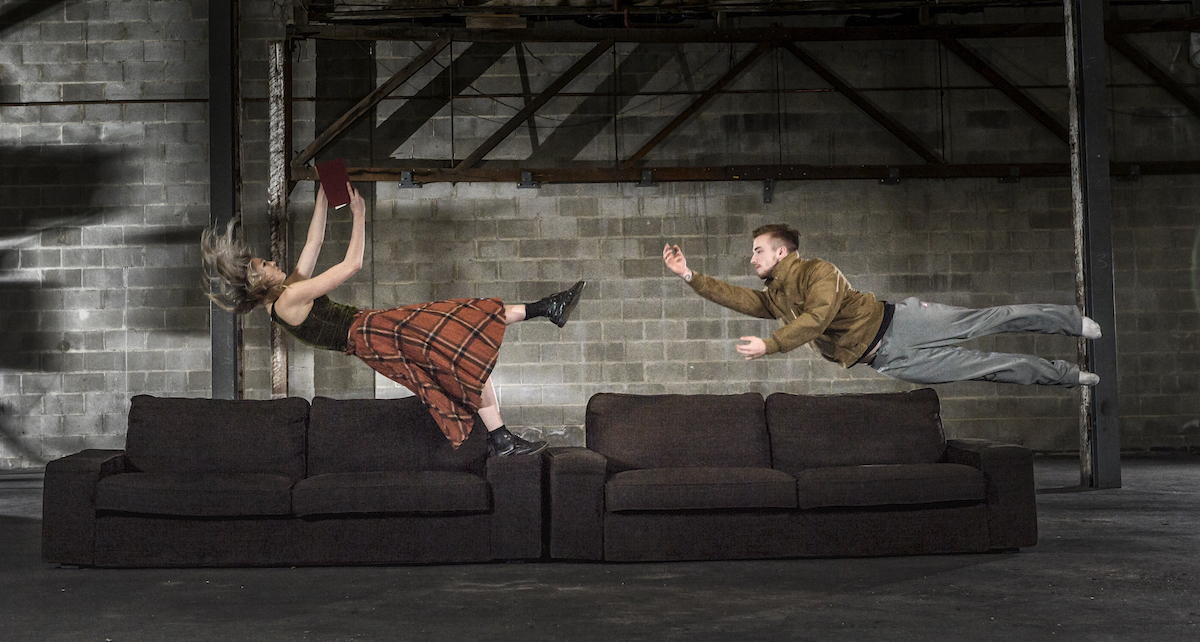 Habitus, directed by Garry Stewart and choreographed by Larissa McGowan, with lighting by Damian Cooper, set and costume design by Gaelle Mellis, and sound by Brandan Woithe, is the latest offering from internationally renowned Australian Dance Theatre (ADT). 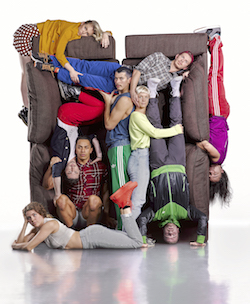 It was no surprise to see the extreme athleticism and fantastic technique of the ADT dancers, a treat we have become accustomed to in Adelaide, where the company makes its home. This work has all the hallmarks of ADT since Stewart took on the directorship in late 1999: a bold soundscape, a combination of high impact dance, spoken word and humour, all underpinned by an intellectualised concept that is highly pertinent to the issues of our age.

According to the program notes, Habitus is the first in a series of works relating to nature and care of the planet. The work explores our relationship to domestic objects, perhaps most cleverly depicted in the “ironing board” section, where two dancers undertake an aerial manipulation of ironing boards, while another performs the same movements but with another dancer emulating the ironing board. This section had a pleasing synchronicity and unison, which, to my mind, evoked the underlying geometry that allows us to navigate the physical and digital worlds. Other objects manipulated by the dancers included couches, books, parcels and tables. While exploring the notion that the human “mode of being is one that situates us wholly in relationship to objects”, it was not a particularly ground-breaking way to develop choreography, since manipulation of objects has been a choreographic tool for decades.

Beyond exploring the notion of our physical relationship to objects, the end of the work did delve deeper into ideas such as planned obsolescence (a design and economic principle of creating products that have a deliberately limited lifespan or are swiftly outdated, presumably so that we have to buy more, which, sadly, has become a de rigeur business model, particularly in the area of technology). I couldn’t help but notice, while watching these young and highly trained dancers performing a work by a director who has been leading the company for 17 years, that in some way, the dancers are themselves a commodity. 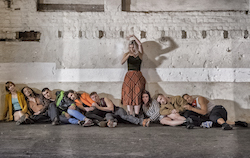 Young, athletic and highly trained bodies performing the same kind of work that similar young, athletic and highly trained bodies performed 10 years ago. While Stewart has produced an impressive body of work and explores movement through a highly intellectual lens, the resulting product doesn’t differ vastly from earlier works such as Devolution, which premiered a decade ago. I didn’t like Devolution the first time I saw it but loved it on a second viewing, and perhaps I need to see Habitus more than once to fully appreciate it.

For those who have seen a number of ADT works, Habitus is consistent with what we’ve come to expect. For those who love ADT, this is a balm. For those new to contemporary dance, it has a huge impact, and its sheer physicality is impressive. But there are some Adelaideans I know who no longer go to see ADT because they want to see “something different” from ADT, and this work wouldn’t shift their view. Nevertheless, with Habitus, ADT once again demonstrates that contemporary dance doesn’t have to be avant garde and inaccessible but instead can be a whirlwind of sound, movement and colour that excites visual, auditory and kinaesthetic senses.