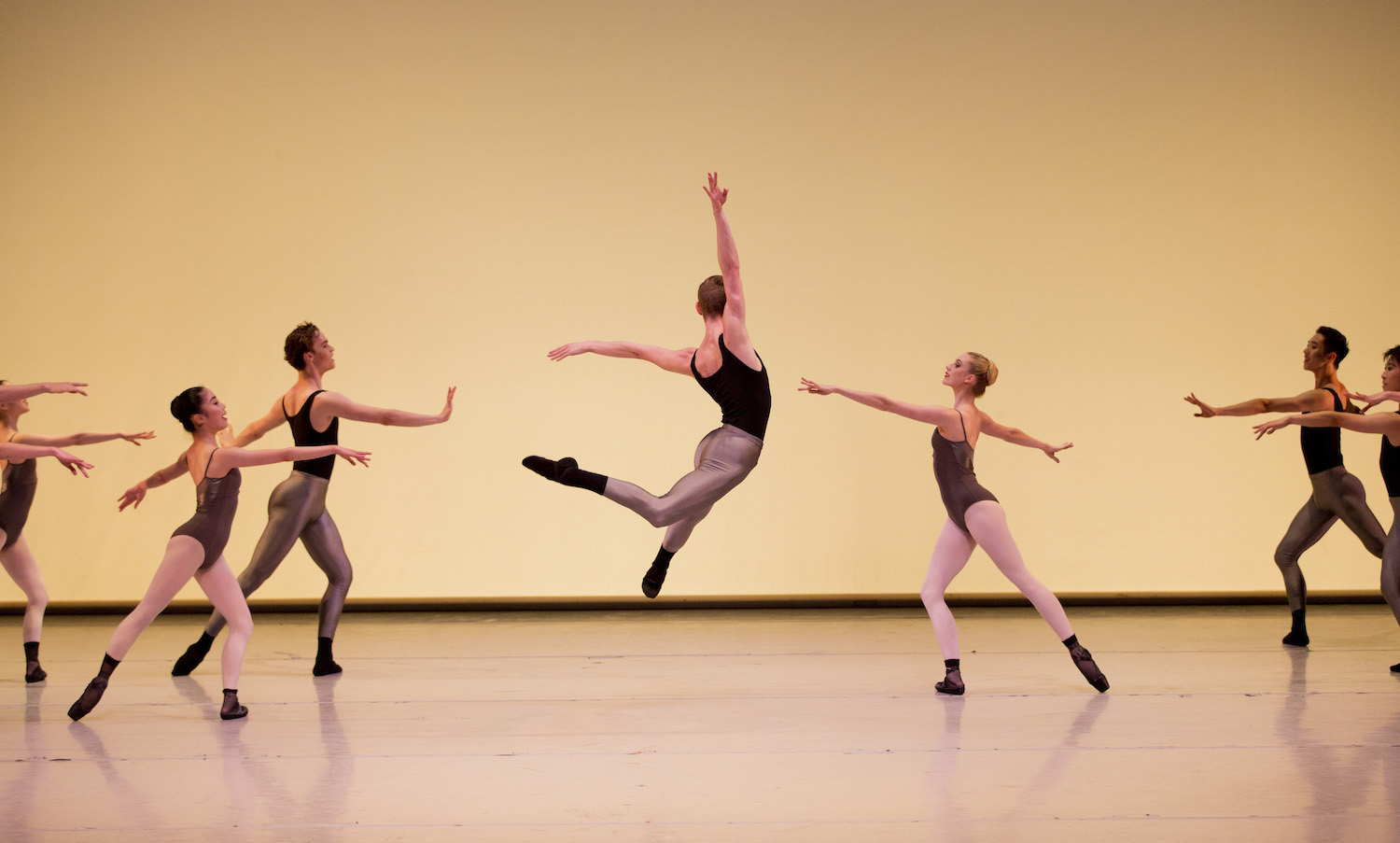 The Australian Ballet School’s end-of-year production was a celebration of the talents of graduating students and a display of the technical skills and polish of younger students. The program provided a diversity of styles to challenge the performance skills of these young dancers. While I was never quite able to forget they were students and not yet professionals, I was nonetheless overcome by some delightful and breathtaking moments. 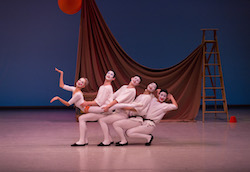 The Australian Ballet School presents ‘One in Five’. Photo by Sergey Konstantinov.

Simon Dow’s Divertissement, set to music by Verdi, opened the program. Pleasingly simple and elegant staging partnered with age and technically appropriate choreography made the most of formations and the line and musicality of the students. While at times resembling a studio demonstration, Dow’s work is nevertheless to be applauded for providing all students from levels one to eight with plenty of opportunity to perform.

The piece also provided some memorable solos for female dancers and occasions for the boys to showcase the power and elevation of their jumps. The performers’ technical and stylistic accomplishments were well presented, but the choreography also allowed for glimmers of personality to shine through: a playful solo for a tall girl, a section of choreography for four boys with a Spanish flavour. 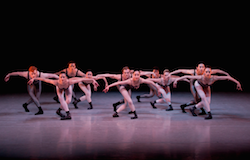 The Australian Ballet School in ‘Extro’. Photo by Sergey Konstantinov.

One in Five, choreographed by Ray Powell to music by Johann and Josef Strauss, tells the story of five clowns who gallivant and play until they realise that one of the five is a girl. Once this is revealed, the focus centres on the attempts of the four boy clowns to win the affections of the girl clown. The first clown to emerge on stage (Pol Andres-Thio) set the scene with an endearing sense of fun and innocence, playfully creating an atmosphere of gentle humour. This piece of dance pantomime offered these young dancers the opportunity to engage with a different style of performance and characterisation. What a gift!

Next up was Extro choreographed by Tim Harbour, a modern piece of ballet choreography commissioned by The Australian Ballet for the BodyTorque DNA program and set to music by Gorecki. Staging was sophisticated and sleek, and the dancers executed the complexity of steps in this abstract ballet well. The program notes spoke of Harbour’s intention to explore introversion versus extroversion as dual components of human personality. But there seemed to be some confusion in what the dancers were expressing, with individuals at times looking playful, others threatening and still others without expression at all. 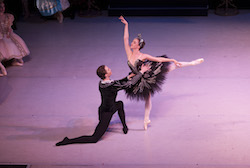 The highlight of the performance was without a doubt Swan Lake Act III, staged by Dale Baker and Joanne Michel. Some notable performances came from Seu Kim as the cheeky court jester, a smouldering Georgia Scott-Hunter shone in the Spanish pas de deux, and Miyako Tamamura and Kihiro Kusukami demonstrated precision and flair in the Neapolitan. Both Sean Kiley as Rothbart and Alicia Reid as the Queen had a mature presence on stage that belied their years.

But the breathtaking performances of the evening came from Yipeng Xu as an earnest and sweet Sigfried and Aya Watanabe, who, as the Black Swan, danced flawlessly and made a rather likeable enchantress. While both demonstrated virtuosic technical ability, they also imbued their roles with their own personality and style, bringing a freshness and youthfulness to their characters.

Overall, the production was well balanced, the cast talented and technically strong, and the audience full of optimism for the future of these young dancers.

By Kym King for Dance Informa.