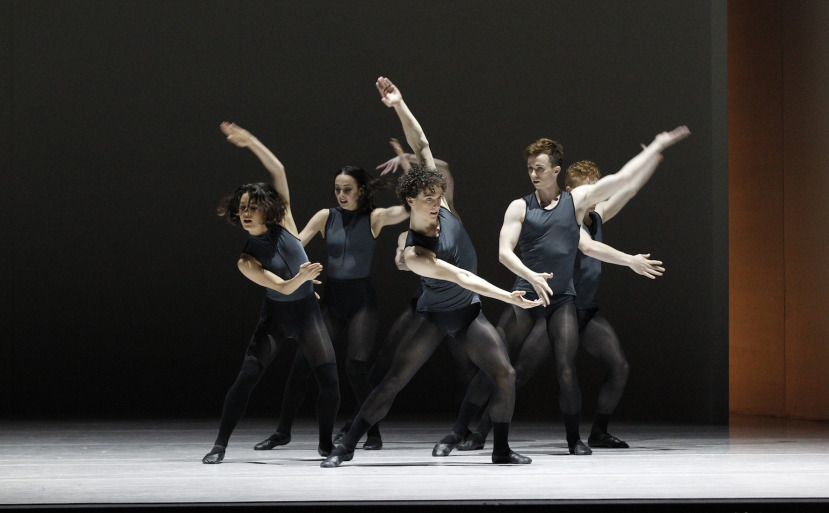 The Australian Ballet’s triple bill 20:21 was a brilliant program that presented the best of two of New York’s world famous choreographers: George Balanchine and Twyla Tharp, along with Resident Choreographer Tim Harbour. Combined, this was a showcase of famous works from the 20th century and new innovative direction for the 21st.

The first piece, Three Movements, was choreographed by New York City Ballet legend George Balanchine. The work opened with the coryphées and corps de ballet dressed in simple white leotards – and others in black – and plain satin pointe shoes. The dancers moved playfully across the stage, creating visually clean lines with both movement and choreographic formations, all which required accurate timing and precise positioning.

The music that accompanied Three Movements was inspired by Balanchine’s friend, Igor Stravinsky, and performed by Orchestra Victoria and conducted by Nicolette Fraillon. The musical pulse was the main element that underpinned the speed of the dancers and the stylistic approach; the first embraced a chic balletic technique, the second displayed a traditional chorus line of jazz moves. With a minimalistic approach, both sections – with their neat ponytails and red lipstick – achieved an aesthetically pleasing combination.

The pace and choreography required pure execution, which unfortunately wasn’t entirely achieved as a whole on opening night. However, lead dancers in differently coloured attire – Principal Amber Scott (dressed in pink) and Soloist Rudy Hawkes – were nothing other than flawless. With pure technique and true grace, they achieved perfection.

The second work, Filigree and Shadow, created by Harbour, was certainly refreshing and a definite stand-out, both in choreographic craft and technical skill.

Harbour’s execution of minimalism took a different approach. By embracing a clean set design by Kelvin Ho and colour pallets of white, deep metallic blue and charcoal both in costume and in lighting, it created a powerful and profound visual canvas.

Along with the electronic score, the movements were grounded, aggressive, explosive, animalistic, chaotic, yet organized. It was highly refreshing to see The Australian Ballet dancers not play it safe. The 12 dancers who were featured in the piece worked incredibly well together to achieve immaculate timing and lustrous sequences. The result was beautifully breathtaking in a juxtaposed edgy and sophisticated manner.

The Australian Ballet in Twyla Tharp’s ‘In the Upper Room’. Photo by Jeff Busby.

The final work, In the Upper Room, is a timeless piece by Tharp. Originally created in 1986 and performed by this company in 1997, the piece has stylistically inspired many choreographers, group competitions and contemporary teachers over the years. Elements of inspiration include the use of choreographic construction, such as repetition, canons, footwork and group phrases which enter and exit the stage.

The music composition by Philip Glass was complemented by contemporary and classical movement phrases adorned in scarlet pointe shoes, clean white sneakers, white and black stripy pants, and red leotards. Simplicity and minimalism pushed to the side, this piece was energetic, intricate and required a large amount of footwork. Powered by the energy of the music, the dancers oozed skill, speed and pure enjoyment.

20:21 was a diverse and excellent triple bill, displaying some of the best works of today and the last century.