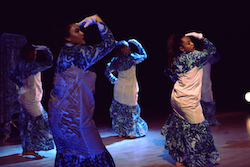 The Royal New Zealand Ballet (RNZB) has announced its 2016 line-up. It includes the world premiere of a new full-length ballet of The Wizard of Oz, created by RNZB Artistic Director Francesco Ventriglia. Also on the bill are former Artistic Director Ethan Stiefel’s acclaimed Giselle, and an Asian tour of Liam Scarlett’s A Midsummer Night’s Dream. For the first time in 12 years, the company will be part of the New Zealand Festival, with Speed of Light, a triple bill of contemporary works. On the programme are Alexander Ekman’s Cacti, William Forsythe’s In the Middle, Somewhat Elevated and Andonis Foniadakis’s Selon Désir. 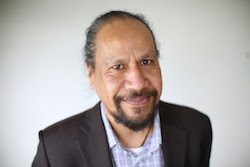 Anton Carter has recently begun his post as the new Chief Executive of Dance Aotearoa New Zealand (DANZ). Anton has a strong background in the arts sector, having managed an arts collective, worked in TV and film in NZ and the UK, and as Creative New Zealand’s Pacific Advisor. “It’s a real privilege and honour to have the opportunity,” says Anton. “There aren’t many organisations out there like this.”

Two prominent members of the dance community have been named as finalists in the 2015 Women of Influence Awards. In its third year, the programme is designed to identify, recognise and celebrate the 100 most influential women shaping New Zealand across 10 categories, including Arts and Culture. This year’s finalists include Parris Goebel of Palace Dance Studio and choreographer/dance teacher Sonja McGirr-Garrett. The 2015 Women of Influence category winners and the supreme award winner will be announced at the Awards Dinner at SKYCITY Auckland on Wednesday 4 November. 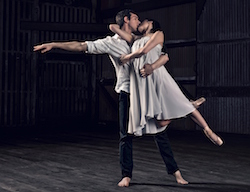 Twenty-three-year-old dancer Michael Metuakore, resident of The Palace Dance Studio (The Royal Family), has been signed as a back-up dancer for Jennifer Lopez’s 2016 Las Vegas show, All I Have. Auditioning alongside 300 other male dancers, Metuakore was one of the final seven chosen to be a back-up dancer. Metuakore, who joined The Royal Family with his brother Joseph, is from small town Tokoroa. “The move to Auckland was the biggest sacrifice I had to make,” he says. “I always saw Tokoroa as my home. I was comfortable, I had my family and didn’t know the outside world.”

His achievements this year also extend to his role in New Zealand’s first multi-million dollar dance film Born to Dance, which was choreographed by Parris Goebel. Metuakore has set up a Givealittle page to help fund his flights, accommodation and visa so he can dance for J.Lo in Las Vegas.

Tempo 2016 will take place over two weeks in October 2016 at Q Theatre, Auckland. Tempo is a platform to present dance in its many forms and styles, either short works as part of a Tempo-produced programme or as a self-produced full-length show or Double/Triple Bill. All Expressions of Interest for Tempo 2016 must be received before or by 29 January 2016. Expressions of Interest that include requests for funding have now closed. 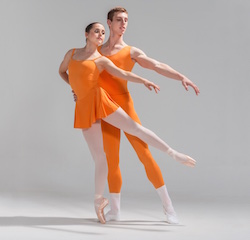 The New Zealand School of Dance (NZSD) Graduation Season has seen the students performing at several locations throughout the country last month, starting with Preface – Homage to a Risk, a new work by Ross McCormack, which was performed at Tempo Dance Festival. The year ends with the School’s must-see Graduation Season, 18-28 November 2015, which will include: The Grand Pas from Paquita, George Balanchine’s Tarantella, As It Fades by Kuik Swee Boon and original work from NZSD graduates Thomas Bradley and Sarah Foster. The programme concludes with Sir Kenneth MacMillan’s youthful and energetic ballet Concerto. Booking details and more information here.

Black Grace invites you to join their 20th Anniversary celebrations, as they tour NZ from 10 November to 6 December. The tour, called 20 for 20, tours to 20 venues with ticket prices of just $20 on the door, no bookings required. Audiences will see some of Black Grace’s most popular works, choreographed by founder Neil Ieremia, including Minoi, Method and Human Language, plus brand new works by Sean MacDonald and Siaosi Mulipola. For more information, click here.

In a separate programme, Ieremia’s new work Siva will play at ASB Theatre, Aotea Centre on November 6 and 7. Tickets available through Ticketmaster. In collaboration with Melbourne-based lighting designer Paul Lim, visual artist Bruce Ferguson (Darkroom), designer Peter Langford, Cambodian-based visual artists Peap Tarr and Lisa Mann, along with fashion designer extraordinaire Lindah Lepou, Ieremia takes us to a new place with the unmistakeable power and energy that we have come to know as Black Grace.