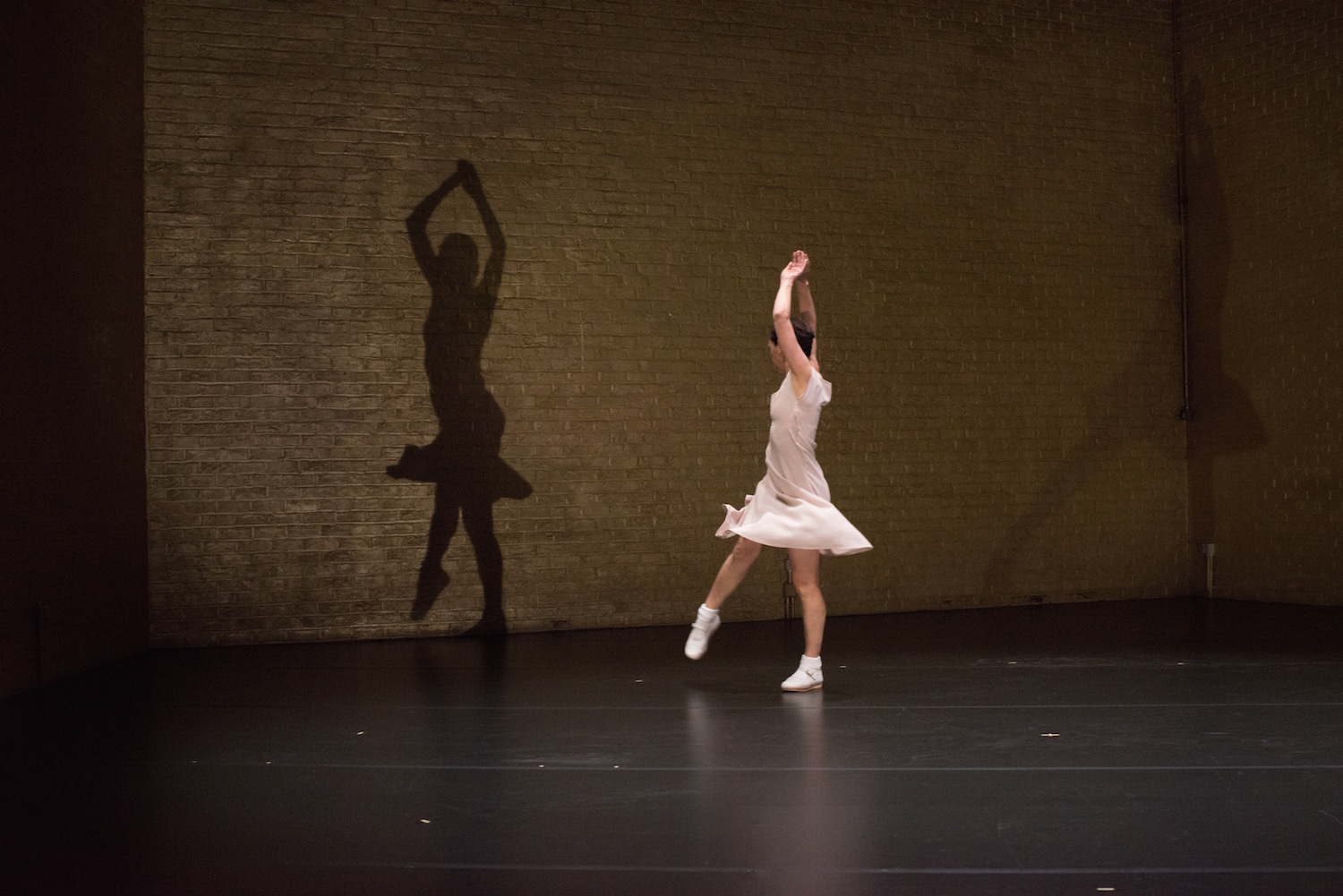 De Keersmaeker’s first work, Vortex Temporum, will be presented at Carriageworks on January 5-18, set to a score of the same name by the late French composer Gérard Grisey. Seven Rosas dancers and six musicians from contemporary music ensemble Ictus will share the stage, becoming inextricably entwined – each dancer translating the sounds of a particular instrument into dynamic action.

Considered a pioneer of the spectral music genre, Grisey’s work shows a fascination with musical pattern and time. The music offers both a harmony typical of the genre, based on the acoustic properties of sound, and a sense of circular and spiral motions – patterns often associated with performances by Rosas.

Rethinking the minimalism of her early performances, De Keersmaeker investigates how time contracts, expands and moves in a vortex in this choreographic exploration of music, dance and spatial dynamics.

“Time can be thought of as both linear and cyclical,” explains De Keersmaeker. “That which we call ‘now’ is, in fact, a permanent tipping point – a balancing act between memory and anticipation, leaning back and forth between the ghost image of the past and a desire toward the future.”

Her second work, Fase, will be presented at Sydney Opera House’s Drama Theatre on January 9-11. First staged in 1982, this work is now recognised as a seminal piece in the evolution of contemporary dance. It is set to four pieces by American composer Steve Reich and is danced by De Keersmaeker herself.

Reich says his “jaw dropped” when he saw Fase for the first time. He had known of De Keersmaeker since the early 1980s, but it wasn’t until a revival of Fase came to New York in 1999 that he saw her perform.

“Of all the choreography done to my music, this was by far the best thing I’d seen,” he says. “It was all analogous to the music. On an emotional and psychological level, I felt I’d learned something about my own work.”

A profound interplay between his minimalist music and movement, Fase artfully combines delicacy and chaos, simplicity and complexity. The hour-long minimalist dance, consisting of three duets and one solo work, is considered to be the starting point of the contemporary dance movement that developed in Flanders during the 1980s.

In addition to witnessing this history-making piece, festivalgoers can also see a never-before-performed work by Helpmann Award and Australian Dance Award-winning Stephanie Lake. Her brand-new work, Double Blind, will be unveiled in a world premiere performance as part of the About an Hour Series at Carriageworks, opening on January 19.

Of the work, Lake says, “To me, Double Blind is its own universe – a universe of four – in which different combinations and configurations set a series of consequences in motion.”

Inspired in part by studies like The Milgram Experiment, a social psychology study performed at Yale University by Professor Stanley Milgram in 1961, Double Blind asks dancers to obey orders given to them that conflict with their own morals. In response to this, Lake probes the threats of obedience with electricity, intricacy and grace, fuelled by an intriguing choreographic duality between highly detailed movement and anarchic spontaneity.

‘Cut The Sky’ by Marrugeku. Photo by Jon Green.

Next, Sydney Festival will also present Cut The Sky from Broome’s internationally acclaimed dance-theatre company Marrugeku. Set for January 14-16, at Sydney Opera House, it is a meditation on humanity’s frailty in the face of our own actions.

Under the direction of Rachael Swain and esteemed Yawuru man Patrick Dodson as cultural adviser, Cut The Sky draws on Indigenous knowledge systems to contemplate climate change, land rights and an uncertain future. Made up of five acts, the heartfelt poems of artist and storyteller Edwin Lee Mulligan are woven throughout the work with his language creating a uniting and persuasive voice.

Marrugeku’s Co-Artistic Director Dalisa Pigram has choreographed the work together with Serge Aimé Coulibaly and also features as one of the four dancers in the production. The cast is propelled back and forward in time – the dancers’ movements expressing the effects of human and environmental damage.

Swain says that climate change is essentially about balance, or more accurately, an environmental imbalance. “A big part of Indigenous knowledge systems is around the balance of the seasons, and weather patterns changing,” she says.

Pigram says, “You’re born with this responsibility to manage the balance of country. If we don’t keep that balance, there will be consequences.”

Overall, this work is the product of creative collaborators from Australia, West Africa, Belgium, Papua New Guinea and India, in turn drawing on the international language of dance and theatre to convey ideas about a very complex, global problem.

Apart from all this contemporary dance, festivalgoers can also witness the raw energy of hip hop’s most important ritual – a “cypher”. Choreographed by Nick Power, one of Australia’s leading hip hop dance artists, Cypher is dedicated to celebrating this ritual that involves a circle of dancers each vying for the open space in the centre to perform their set.

Set for January 19-24 at Riverside Theatre in Parramatta, Cypher features four battle-hardened b-boys pushing the boundaries of movement to the booming beats of sound designer Jack Prest. Keeping the crowd deliberately close to experience the real deal, the dancers look the audience in the eye, inviting them into their world.

The work has just returned from a tour of Europe and Australia, taking in URB Festival in Helsinki, a season in Melbourne and a string of dates through the Northern Territory, including the remote Aboriginal community of Lajamanu, where Power has worked on various projects over the past 10 years.

In addition to Cypher, another intimate dance experience will be on tap through Bangarra Dance Theatre. Its dance film SPEAR, directed by Stephen Page, will give viewers an up-close and personal look at the journey of a young Aboriginal man, Djali, as he tries to understand what it means to be a man with ancient traditions in a modern world.

Originally created in 2000 as a dance theatre work for the stage, SPEAR was reimagined by Page for this on-screen adaptation. It features original cast member Hunter Page-Lochard and is a celebration of family, spirit and hope.

Of the film, Page explains, “It was about creating something else – a distinctive cinematic experience that draws on the uniqueness of our live theatre performances and transferring this into a film, maintaining the energy and spirit that has become synonymous with Bangarra.”

It will be screened at the Sydney Opera House on January 23 and 24. Bangarra invites us to traverse outback Australia and the gritty streets of Sydney in an intimate journey that brings a modern day myth to the screen.

For more information on these dance events taking place at the 2016 Sydney Festival, visit www.sydneyfestival.org.au. There will also be some intriguing circus performances, such as the Australian premiere of Switzerland’s Compagnia Finzi Pasca and Circa working with violinist Rebecca Seymour and electronica.