Each creator has been awarded the opportunity to explore and envision a unique work, while practicing, experimenting and working with the SDC dancers. The finished creations will be showcased in December at Sydney’s Carriageworks. 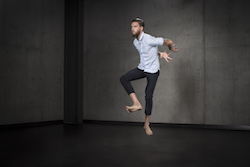 Dance Informa had the pleasure of interviewing the four emerging choreographers, sharing their source of inspiration, creative influences and the hardest parts of the process, as well as what they would like to see emerge as future directions in dance.

For indigenous Australian choreographer Daniel Riley, the aim is to connect an audience to a story and take them on the journey with the dancers. “For my work, Reign, I chose to use the women of the company (SDC), to challenge myself to create a female story with strong, powerful women,’ he explains.

Riley had a head start with his choreographic career when Bangarra Artistic Director Stephen Page commissioned him to create his first work, Riley, in 2010.

He recalls, “At the time, it was a huge undertaking, a challenge, and slightly terrifying.” He confesses that he’s always pleasantly surprised at the outcome, even though “what I see in my head going into the creative process is never what ends up being the final product.”

In terms of the current dance scene and a tendency to outsource from abroad, Riley says he “would like Australian organizations to find a deeper level of trust in hiring Australian art makers and leaders. We have such a wealth of talent here who are itching to have their voices, visions and stories heard and seen.”

Kristina Chan believes that everything you do in life has, at some level, a creative impact. Two women in particular stand out for having shown Chan what “commitment, discipline and rigour look like”: Narelle Benjamin and Tanja Liedtke. More recent influences include Martin del Amo and Victoria Hunt, “who have had a big impact on the way I think about choreography,” she says. 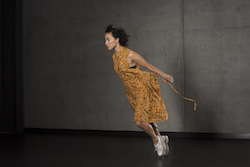 Chan considers the transition from dancer to choreographer as largely organic, as current creative processes usually entail collaboration between dancers and choreographer, all contributing conceptually to the work.

“So, actually, dancers do choreograph all the time and … do not always get the appropriate credit for their contribution,” Chan explains. She says that “being at the forefront of the work, however, with incredibly gifted dancers waiting to hear what you want to make or do next” is a challenge and quite different to being “one of the creatives”.

As for the current dance scene, Chan would like to see more work that makes an audience think and question the world we live in. “I would like to see less superfluous ‘movement and shapes’ and more of a reason for movement,” she says.

This also explains the inspiration for her current work. “I have been inspired by how we are affected by the environment and the cause-effect relationship we have with it,” Chan says.

With the opportunity to work with the SDC dancers, Chan began to think about ‘kinds’ of environments she could create with bodies that other bodies could respond to. “I knew I wanted to work with the male dancers of the company and explore pressures that males might experience in modern day society,” she adds.

Fiona Jopp shares Chan’s initial difficulty in leading the creative process rather than facilitating it, particularly with this, her choreographic debut. 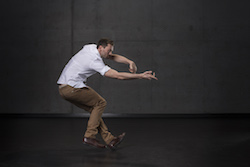 “I initially felt a little guilty sitting down to watch rather than dance with my colleagues,” Jopp says. Still in the creative phase of her new work, she says she draws from her “own creative voice” after working with a variety of choreographers “who have helped shape who I am”.

The idea for her first work centres on a song and started to take shape over a few glasses of wine with friends. “The inspiration for the idea was absolutely situational: something someone did or said, a name, an unusual coupling of certain circumstances and, of course, those few glasses of wine!” Jopp explains. After looking more closely at the song and its history, she says she was inspired “to create a work that contained all that meaning and history”.

Bernhard Knauer’s first influences came as a young student at the Palucca University of Dance in Dresden, where improvisation was an important part of the curriculum, as well as having the opportunity to watch many performances by Nederlands Dans Theater.

“But, undeniably, the last five-and-a-half years at Sydney Dance Company have influenced me the most,” he says. Within the SDC space and working closely with Artistic Director Rafael Bonachela on generating movement also enabled Bernard to develop his own choreographic abilities. 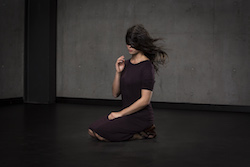 As a dancer, being challenged with different choreographers on a daily basis, Knauer was excited to find his own way of creating something. “The primary inspiration for this work was most definitely the music that my father composes,” he says. “I have always wanted to create something to his music, and when I found the right piece I was excited to make it happen.”

What followed was the hardest part of the process. “Imagining a certain mood or idea and then manifesting that in movement is not easy, as it only exists for a brief moment in my mind,” Knauer explains. “To make something abstract become coherent is probably the biggest challenge of all.”

In agreement with Jopp, Knauer is excited about contemporary dance and its diversity. “I believe that diversity should be encouraged, and the importance of art in our society on every level needs to be valued,” he says.