Dance Informa had the honour of speaking with star Kherington Payne of the new hit feature film, Born to Dance.

Where are you originally from, and when did you start dancing?

“I’m from Orange County, California. I started dancing when I was two.” 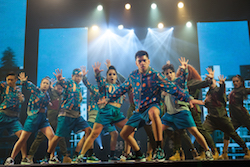 Had you been to NZ before filming Born to Dance?

“Yes, when I was seven, but this time I really got to experience it.”

“Amazing, beautiful and just so much fun! The people are amazing.”

What do you think of the dance scene there?

“The dance scene is so small but so amazing, and there is so much talent. I hope this film lets people know that the NZ dance industry is something to talk about.”

How would you describe your character, Sasha?

“Sasha is kind of like me, so it was really fun to bring myself to the character. She has a sensitive side to her that you might not know because of her involvement with K-Crew, but Tu brings that out of her.”

What was the most challenging thing about making this film, for you?

“Bringing out my ‘gangsta’ side. Haha. I love hip hop but have never danced Parris’ style, but it was challenging in a fun way.”

Out of the rest of the cast, who is your BFF and why?

“Everyone! And I mean it. I got so close with so many people. We became a family, and I will cherish everyone for the rest of my life.”

Can you tell us a funny/weird/crazy story from shooting?

“Everyday was funny/weird/crazy! Everyone playing pranks or making each other laugh when we weren’t supposed to. We worked our butts off, but we definitely knew how to have fun also.”

What do you hope audiences will take away from the film? 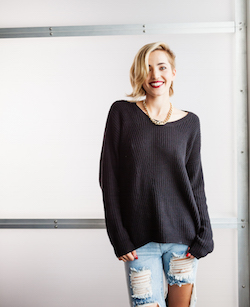 You’re an accomplished dancer in many styles. What’s your favourite?

“I grew up being a technical dancer, so that will always be a part of me, but I absolutely love hip hop and how it makes you feel, whether you’re watching it or doing it.”

What are you doing when you’re not dancing?

“Spending time with friends and family! I’m always so busy, so when I have free time I like to just relax with the people I care most about.”

Who would you love to work with?

“Ahh. Hard question. Too many to name. But one that sticks out is of course queen bee, Beyoncé!”

Where would you like to be in five years?

“Acting in movies and hopefully starting a family.”

What keeps you going in tough times?

“My mom and grandma. They always give me great pep talks, and I know they have my back no matter what!”

For young dancers thinking of leaving NZ or Australia to audition in the U.S., what advice can you give?

“Don’t try to conform to what you think the LA dance industry is. Being different is what’s going to make you stand out. It’s a hard business, but don’t get discouraged and just have your true passion for dance carry you through it all.”

Photo (top): Tia Maipi as Tu and Kherington Payne as Sasha in Born to Dance. Photo by Matt Klistcher.