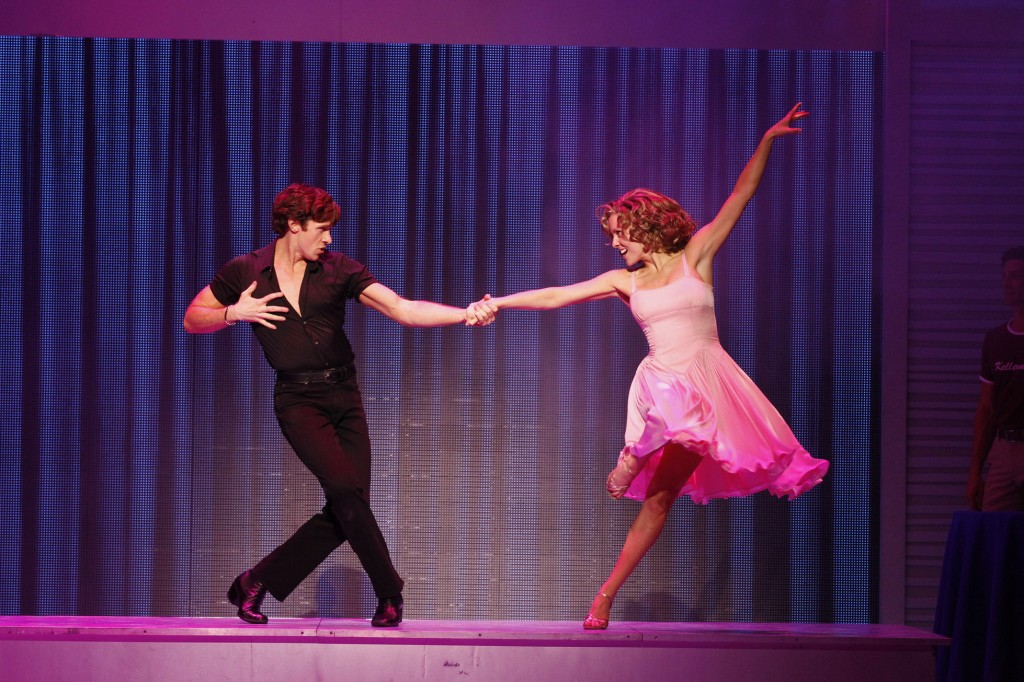 The iconic musical Dirty Dancing will hit the stage at Adelaide Festival Centre this October for the first time ever. Produced by John Frost, the worldwide hit show opened last year in Sydney and has been touring ever since.

Featuring an exciting cast in a high-energy performance, this “feel good” phenomenon captures all the amazing moments from the ’87 cult classic movie. The role of charismatic dance teacher Johnny Castle is played by Kurt Phelan while the role of innocent Frances “Baby” Houseman is played by Kirby Burgess in this production.

A NIDA graduate, Phelan is an actor, choreographer and writer. His musical theatre credits include Singin’ in the Rain, Saturday Night Fever and Priscilla Queen of the Desert. Burgess has been seen on stage in Sweet Charity, Hairspray, High School Musical – Live on Stage and on television in Wonderland.

John Frost said, “I’m thrilled to bring this wonderful new production of Dirty Dancing to Adelaide for the first time ever. The stage musical gives audiences the chance to hear the songs from the hit film performed live and to experience the breathtaking dance routines.”

The show presents hit songs including “Hungry Eyes”, “Hey! Baby, Do You Love Me?” and the iconic “(I’ve Had) The Time Of My Life.”

For more information on this production or its current tour, visit dirtydancingaustralia.com.

To win a double pass to Dirty Dancing in Adelaide on October 8, email info@danceinforma.com with the answer to this question: What actor plays Johnny Castle in this production of Dirty Dancing? Please title the email “Dirty Dancing Adelaide Giveaway.”  Please provide your full name and date of birth. This competition runs through September 22. Enter to win now!