Expressions Dance Company indulges its dark side this month, with the world premiere of 7 Deadly Sins. The brand new work by award-winning Artistic Director Natalie Weir will be presented as part of Queensland Performing Arts Centre (QPAC)’s 30th anniversary year.

The infamous septet of cardinal transgressions has been invoked and portrayed in various forms throughout the ages, from the medieval (Dante Alighieri’s Divine Comedy), to the modern (David Fincher’s film Se7en). 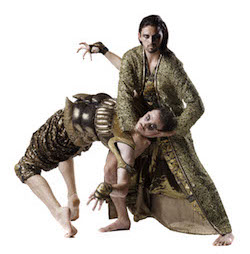 And now, one of Australia’s foremost dance companies is set to explore the darker aspects of mankind. Lead by their internationally acclaimed director/choreographer, each of the Expressions dancers will embody one of the seven sins. Michelle Barnett (wrath), Daryl Brandwood (greed), Cloudia Elder (sloth), Benjamin Chapman (pride), Elise May (lust), Rebecca Hall (envy) and Jack Ziesing (gluttony) are joined by guest artist Thomas Greenfield, who plays the character of Man.

“I represent man, woman, human… constantly conflicted with the seven deadly sins,” says Greenfield. “The sins reveal themselves, engage, interact, lure, challenge and tempt the character of Man, who ends up having to deal with his role in being a sinner.”

It’s not the first time that Greenfield has worked with the company, but he’s happy to be asked back, calling Expressions “lovely… a very harmonious company, very respectful.”

An independent freelance artist, Greenfield guested with the company in 2013 for one of their QPAC-commissioned works, When Time Stops, as well as a tour of their highly successful R&J. Since graduating from the Adelaide College of the Arts in 2009, he has been in demand as a dancer and physical theatre performer, working with most of Australia’s leading companies and creators – including Bangarra Dance Theatre, Dancenorth, KAGE Physical Theatre, Opera Australia, Australian Dance Theatre’s Garry Stewart – and even the British Akram Khan Company. 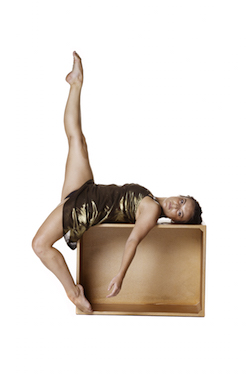 Following an initial development period for 7 Deadly Sins earlier this year, Greenfield says it is an “absolute treat” to be back at Expressions. “It’s a phenomenal company to work with. Natalie Weir is a great director to work under and the dancers are next level.”

He singles out Cloudia Elder as a “dancer to watch”, tipping her ‘sloth’ solo – along with Jack Ziesing’s ‘gluttony’ – as highlights of the work. A recent graduate of Queensland University of Technology, Cloudia was formerly an Expressions trainee, making her Company debut as Juliette (Act 1) in Natalie Weir’s R&J.

One of the hallmarks of Weir’s choreography is the highly inventive partnering, and Ziesing’s work, Greenfield says, epitomises this. “All the partnering that the Expressions dancers do is quite enthralling – and I don’t see any other company in Australia working at the partnering level that Jack Ziesing does.”

Promising to be a grand, decadent work, 7 Deadly Sins is set to an original score by composer Darrin Verhagen, with extravagant costumes and set design by Bill Haycock, and lighting design by David Walters.

“7 Deadly Sins brings an ancient concept into modern times, with a fresh interpretation of this age-old tale. Even nowadays, the seven deadly sins still exist within everyone; it’s up to us to let them in or push them out,” says Weir.

“Our incredible EDC dancers will breathe new life into this well known concept. I’m particularly excited to be working with composer Darrin Verhagen, whose electrifying and evocative sounds will be a thrilling addition to the work.”