You’ve watched their videos online, seen live performances, and stalked their social media pages but you still want to know more about your favourite dance personalities. Never fear, Dance Informa has compiled a collection of the best dance biographies and autobiographies.

“She writes things with her movements that I for the life of me could never write with a pen.” ― Christopher Poindexter 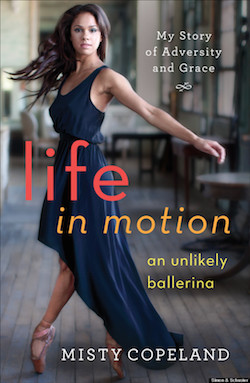 You can’t go past this New York Times bestseller about Misty Copeland making history as the only African American soloist [and now the first ever African American female principal] dancing with the prestigious American Ballet Theatre.

From humble beginnings, Misty was performing professionally within a year of taking her first dance class. Despite the harsh realities of her life, she had to choose to embrace her identity and her dreams, and find the courage to be one of a kind.

Life in Motion is an insider’s look at the cutthroat world of professional ballet, as well as a moving story of passion and grace for anyone who has dared to dream of a different life.

Everything I Learned about Life, I Learned in Dance Class – Abby Lee Miller

Controversial dance teacher Abby Lee Miller—the passionate, unapologetically outspoken, tough star of Dance Moms and Abby’s Ultimate Dance Competition offers inspirational, tough love guidance for parents who want to help their children succeed and for readers of all ages striving to become the best they can be.

Full of great Abby one-liners, she answers tough questions from real mothers, shares all the stories fans want to hear, and includes stories from former students who give their take on her unique approach and how it helped them make their dreams come true.

Even if you’ve seen the film, the book is well worth reading. From a desperately poor village in China, eleven year old Li Cunxin was chosen by Madame Mao’s cultural delegates to be taken from his rural home and brought to Beijing, where he would study ballet. In 1979, the young dancer arrived in Texas as part of a cultural exchange and two years later, he defected to the United States where he quickly became known as one of the greatest ballet dancers in the world. This is his story, told in his own words. 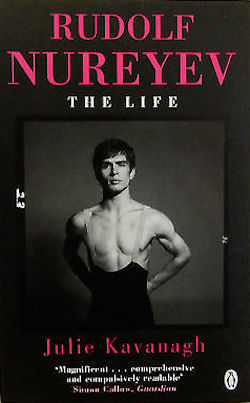 Rudolf Nureyev had it all: beauty, genius, charm, passion, and sex appeal. No other dancer of our time has generated the same excitement, for both men and women, on or off the stage. With Nureyev: The Life, Julie Kavanagh shows how his intense drive and passion for dance propelled him from a poor, peasant background to the most sophisticated circles of London, Paris, and New York. His dramatic defection to the West in l961 created a Cold War crisis and made him an instant celebrity, but this was just the beginning. Nureyev spent the rest of his life breaking barriers, including reinventing male technique and making dance history by partnering England’s prima ballerina assoluta, Margot Fonteyn.

Drawing on previously unpublished letters, diaries, home-movie footage, interviews with Nureyev’s close friends, and her own dance background, Julie Kavanagh gives the most intimate, revealing, and dramatic picture we have ever had of one of the greatest dancers of all time.

Alvin Ailey was a choreographic giant in the modern dance world and a champion of African-American talent and culture. He founded the Alvin Ailey American Dance Theater to provide opportunities to black dancers and choreographers when no one else would.

Raised in poverty by his single mother, he managed to find success early in his career, but by the 1970s he turned to drugs, alcohol, and gay bars and suffered a nervous breakdown in 1980. Based on his personal journals and hundreds of interviews with friends including Mikhail Baryshnikov, Sidney Poitier, and Dustin Hoffman, Alvin Ailey is a moving story of a man who wove his life and culture into his career.

Dancing On My Grave – Gelsey Kirkland

This is the shattering story of a dream which became a heartbreaking nightmare for one of America’s most famous ballerinas, Gelsey Kirkland. The book chronicles her brilliant start as a dancer with George Balanchine, her legendary partnership with Mikhail Baryshnikov, her agonizing descent into drugs, and her struggles to rise again.

Kirkland, who triumphed at the New York City Ballet and American Ballet Theater in the 1970s, reveals her addiction to cocaine, her affair with dancer Patrick Bissell, her relationship with Baryshnikov, and details her stay in a psychiatric hospital as well as her battles with anorexia, bulimia and self-criticism. 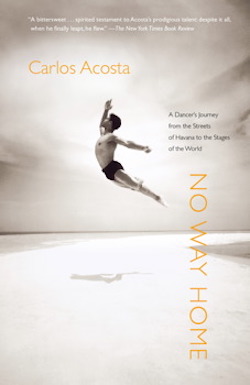 No Way Home: A Dancer’s Journey from the Streets of Havana to the Stages of the World – Carlos Acosta

Carlos Acosta, the Cuban dancer considered to be one of the world’s greatest performers, fearlessly depicts his journey from adolescent troublemaker to international superstar in this captivating memoir.

From the slums of Havana, Carlos’s father enrolled him in ballet school, subjecting him to gruelling days that started at five thirty in the morning and ended long after sunset.

This story is about more than Carlos’s rise to stardom. It is about a young man forced to leave his homeland and loved ones for a life of self-discipline, displacement, and physical hardship. With humour, Carlos vividly depicts daily life in communist Cuba, his feelings about ballet and his complex relationship with his father. Carlos Acosta makes dance look effortless, but the grace, strength, and charisma we see onstage have come at a cost.

Martha Graham changed the way we look at the world.

From a difficult childhood in the American West and her wild days in the Greenwich Village Follies to her own company that began with only two students, Blood Memory invites readers to explore her phenomenal life and highlights the unforgettable images that encompass her work. Graham’s views on dance are accompanied by anecdotes about Charlie Chaplin, Margot Fonteyn, Woody Allen, the Pope and Madonna.

The only person ever to win Oscar, Emmy, and Tony awards in the same year, Fosse revolutionized nearly every facet of entertainment, forever marking Broadway and Hollywood with his iconic style that would influence generations of performing artists. Yet in spite of Fosse’s innumerable achievements, no accomplishment ever seemed to satisfy him, and offstage his life was shadowed in turmoil and anxiety.

Drawing on a wealth of unpublished material and hundreds of sources such as friends, enemies and lovers, this biography illuminates not only Fosse’s prodigious professional life, but also his relationships with everyone from Liza Minnelli to Jessica Lange and Dustin Hoffman.