DANZ (Dance Aotearoa New Zealand)’s Executive Director, Dr Tania Kopytko, leaves DANZ this month. She joined DANZ in 2004, having previously served as a member of the Board from 1993 to 1995. Tania says: “After 11 years of serving the dance industry it is time for me to pursue some new projects which I have been wanting to do for some time and also work a little less hard!”

Dr. Beverley Edlin, Chair of the DANZ Board says: “Her insight and depth of knowledge in the areas of education, advocacy and dance sector diversity and community practice have been instrumental in building a stronger industry with a more holistic perspective…. She will be sorely missed but will continue to contribute to the industry.”

Atamira Dance Company are currently on tour with their successful show Moko. They are performing at the highly esteemed Beijing Dance Festival – the first New Zealand dance company to be presented there – followed by the Chang Mu Dance Festival. 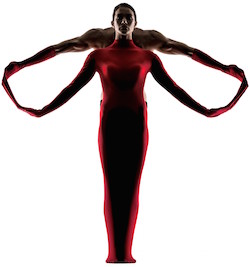 Moko premiered in 2014 at Sky City Theatre in Auckland. It garnered rave reviews, with its fashion costumes from World, cutting-edge set, and innovative AV use. Choreographed by Artistic Director Moss Patterson, Moko also received the Installation Award at the 2015 Interior Architecture Awards.

Atamira have gone from strength to strength; securing funding from Creative New Zealand, acceptance into the Creative New Zealand – Touring Australia initiative 2014, and touring previous works to Hawaii, San Francisco and New York, with Moko the first piece specifically selected to perform at the prestigious Jacob’s Pillow Dance Festival. While in China, Artistic Director, Moss has been invited to attend Taipei Arts Festival as a guest artist to forge stronger links and intends to visit Cloud Gate Dance Theatre while there.

Successful dance studio The Palace continues to dominate the hip hop scene. Choreographer Parris Goebel earned worldwide acclaim when she was booked to choreograph moves for Jennifer Lopez’ world tour in 2012. She has worked on films like Step Up and the upcoming NZ release, Born to Dance. She also helped choreograph Cirque du Soleil’s tribute to Michael Jackson, One.

Next up, she will choreograph and tour with Grammy Award-winning pop icon, Janet Jackson. The Unbreakable World Tour kicks off in Vancouver on 31 August. 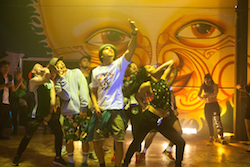 A screen shot from the upcoming NZ release ‘Born to Dance’, choreographed by Parris Goebel.

Also of The Palace, Alex Carson has been confirmed to join Jackson’s dance troupe. The 23-year-old dancer, along with ten other Palace-based dancers, were invited to audition for the troupe in Los Angeles. After callbacks Alex soon learned that she was successful in securing a role in the tour.

Earlier in 2015, Lance Savali, who was based at The Palace for three years, toured with Chris Brown and is now in rehearsals in New York for Madonna’s world tour.

The Black Grace Trust is currently seeking to fill the position of Production Manager for a new full-length work to be presented in November 2015. The overall size and scale of this show will be significant, making it essential to have sufficient experience to fulfil this role. Rehearsal Dates: 7th September – 31st October. Performance Dates: 1st – 28th November. The successful candidate will have to be able to work on this project well in advance of the performance dates, ideally from the start of the rehearsal period. Express your interest, by sending your cover letter and C.V. to James@blackgrace.co.nz.