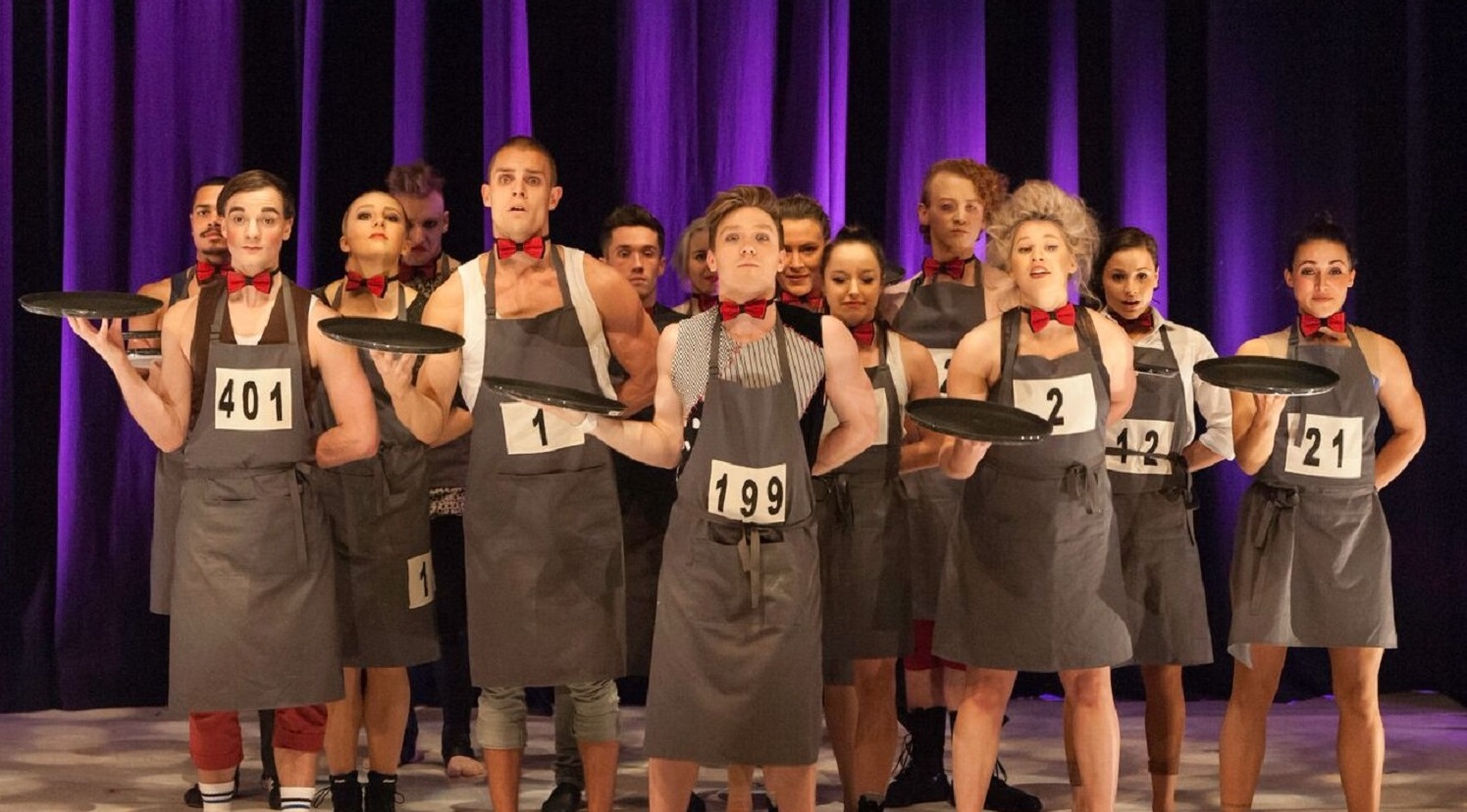 Directed by James Brown and Helene Embling, the National Institute of Circus Arts’ graduate showcase, Last Orders, is inspired by the Parisian waiters’ race of the 1930s. In the role of waiters, the students showcased their skills in a series of standalone acts interspersed with ensemble numbers. Comic relief was also provided by fat-suit clad dancer/choreographer-turned-professional clown Simone Sallé.

Even a cursory glance at the night’s running list is enough to indicate the diverse range of circus skills possessed by the students. The show included everything from juggling (Adam O’Connor-McMahon) to Chinese pole (Erin Murphy) to aerial hoop (Callan Beacroft) to tightwire (Keely Tyler-Dowd). Technically, the students were of a high calibre and should be congratulated on their evident hard work. The performance skills of the students, however, were somewhat uneven; many could have benefitted from a stronger dance and dramatic background. While this is perhaps an unsurprising comment from a dance reviewer, it nonetheless did make the difference in several cases between acts which felt “professional” and those which still felt like “student acts”. In this regard, the showcases of earlier years have arguably been somewhat stronger. 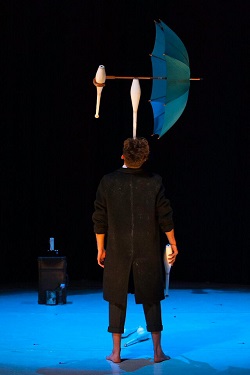 The running Parisian waiter theme of the show did not tie everything together as much as it might have. This made the ensemble sections feel superfluous at times. Sallé’s turn as a popcorn-loving, rather rotund girl was cute and funny however, and she gave the show a spark and energy it might have otherwise lacked.

The standout student performer was juggler Adam O-Connor-McMahon, whose evocative act utilising juggling pins, a blue umbrella and the sound of rain was well-conceived and maturely performed. Mark Graham’s harlequin handstand act was also impressive. Maddie Robbins’ hula-hoop act, in which she simultaneously pondered aloud fun word facts, such as how many words a woman speaks a day on average, was fun and entertaining. Jillibalu Riley, too, proved a strong crowd favourite, performing his aerial straps routine to the accompaniment of didgeridoo performed live.

Overall, NICA’s Last Orders was a solid and entertaining, if somewhat imperfect, showcase. The students clearly put in a great deal of time and effort honing their skills for the stage. With a little more attention to the non-technical elements of their art in the coming years, most have the potential to become highly-polished and professional circus artists. Indeed, a number are showing the hallmarks of a mature performer already.