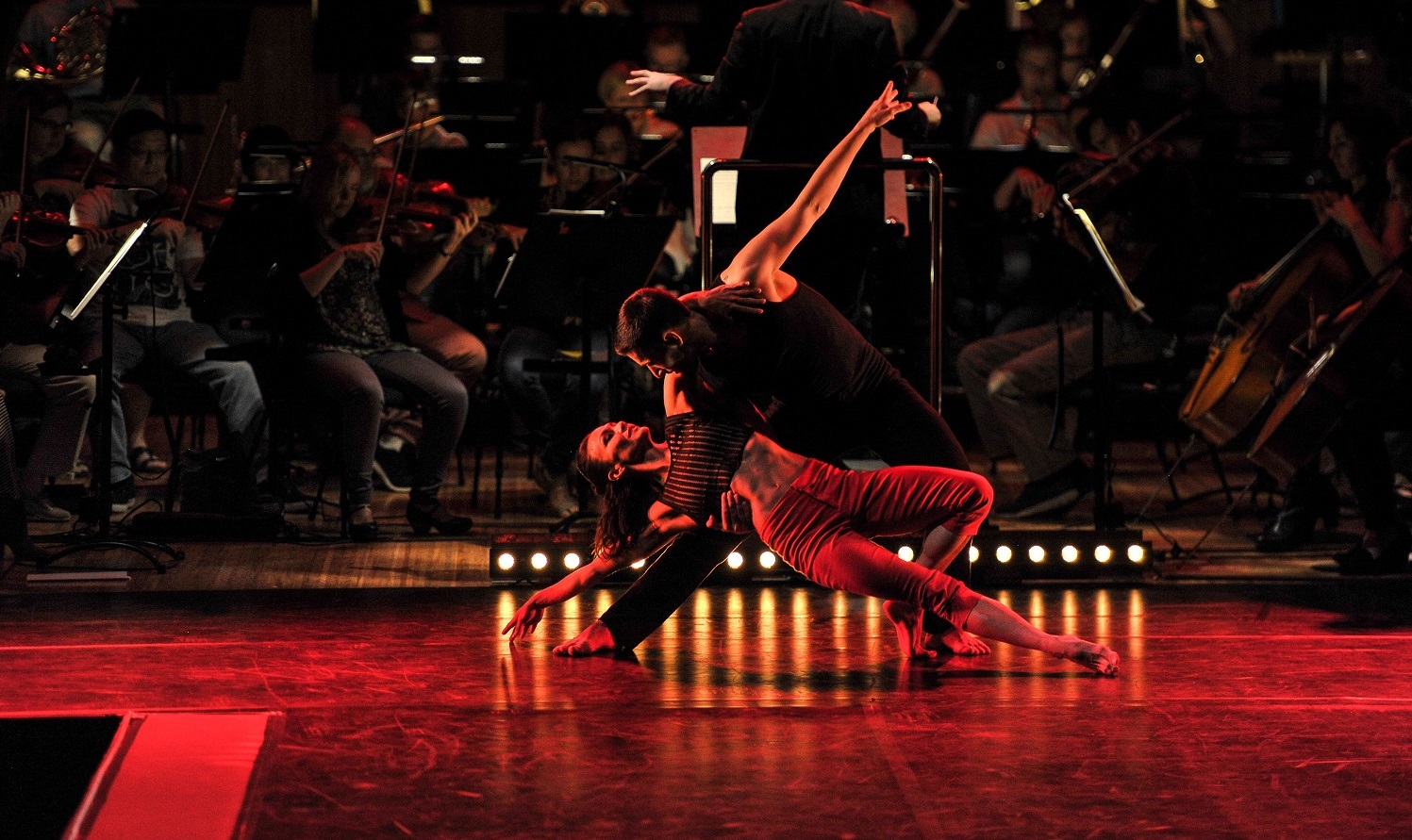 In continuing their “ethos of collaboration and excellence”, Sydney Dance Company (SDC) recently paired up with the highly esteemed Sydney Symphony Orchestra (SSO) in a program entitled Le Grand Tango, with music evoking a combination of Latin emotional turbulence and Gallic sophistication.

The Sydney Symphony Orchestra is in excellent form under the sensitive eye of conductor Daniel Carter, with standout performances by the solo violinists and cellist. The program for Le Grand Tango included a range of works comprising Bizet’s Carmen, Pablo de Sarasate’s Navarro, op 53, Alberto Ginastera’s Variaciones Concertantes and Astor Piazzolla’s Le Grand Tango, Libertango and Cuatro Estaciones Porteñas (The Four Seasons of Buenos Aires). Each of these composers incorporated the traditional song forms of Spain and Argentina as a source for their classical compositions.

Daniel Carter opened proceedings with Bizet’s Carmen Suite No 1, displaying an assuredness in setting the tone for Latino drama and exuberance combining the French composer’s “deft elegance” with Spanish colour. This was followed by Pablo de Sarasate’s Navarro, highlighted by duelling violinists Kirsten Williams and Marina Marsden, who played with a type of unanimity that suggested a violin pas de deux.

The first half of the show finished with Ginastera’s Variacones Concertantes, requiring the engagement of the full orchestra to evoke the breadth of the Argentinian landscape.

With the first part of the program creating a distinctive ambiance of South American/Latino energy, one would expect a continuation of this drive to match Piazzolla’s Nuevo Tango, which the composer described as “a more complex tango…reflecting the barometer of the people in the city, their sensuality, vulnerability and passion.”

The SSO certainly rose to meet this expectation with the driving force of Piazzolla’s music, which in many ways is reminiscent of Bizet’s Carmen with the sensation of an unrelenting passion which can only end in a resounding climax. The Sydney Dance Company dancers make their appearance after intermission to accompany this piece.

SDC Artistic Director Rafael Bonachela’s choreography was somewhat surprising as it appeared to bear little connection to the mood of the music. It was as if Bonachela had decided to create something in direct contrast to the “clichés” of tango. With his six dancers there was Bonachela’s signature intertwining of bodies and frenetic energy but rather than the “gravitas” associated with tango and Latin dance in general, he proposed a lightness and frivolity with touches of camp humour.

Costumes were also interesting in their juxtaposition to the traditional figure-hugging red or black sheath-style tango dresses and black suits for the men. Instead, both male and female dancers wore flowing sheer skirts in jewel colours, which suggested a type of Bollywood playfulness when combined with the undulating unstructured movements.

An additional contradiction was found in the noticeable youth and sense of innocence in the SDC dancers. One would have anticipated instead a maturity and gravitas in dancers evoking the contra-force, which is central to the mood of tango.

From a dance perspective, there was a noticeable lack of technical expertise in certain sections with lapses in synchronisation. One had the feeling that the idea of a SDC collaboration had arrived rather late, with the consequent lack of time to develop concepts and perfect the dance sequences. Certain dancers did seem inexperienced and uncertain on stage, bearing in mind that it is no means an easy feat to dance in a very contained, t-shape space in front of a full orchestra.

Tango is known as a strong, passionate dance between a man and a woman or between men. Bonachela has previously said that he “loves partner work” and “creating very structured battles.” However, with this performance, instead of passionate battles we witness the antithesis of tango with lightness and vivacity and a youthful energy, which was refreshing and unexpected.

From comments heard by members of the audience as they emptied the Opera Theatre, there was a significant proportion who thoroughly enjoyed the contribution made by SDC with its tongue-in-cheek and light relief performance.

As a collaborative project, Le Grand Tango had all the elements required for a striking performance: two world-class performing companies, a thoughtful selection of compositions, a shared commitment to both the music in dance and the dance in music, and a director with a wealth of experience in creative collaboration. And yet one came away with a sense that the dance didn’t quite measure up to the music.