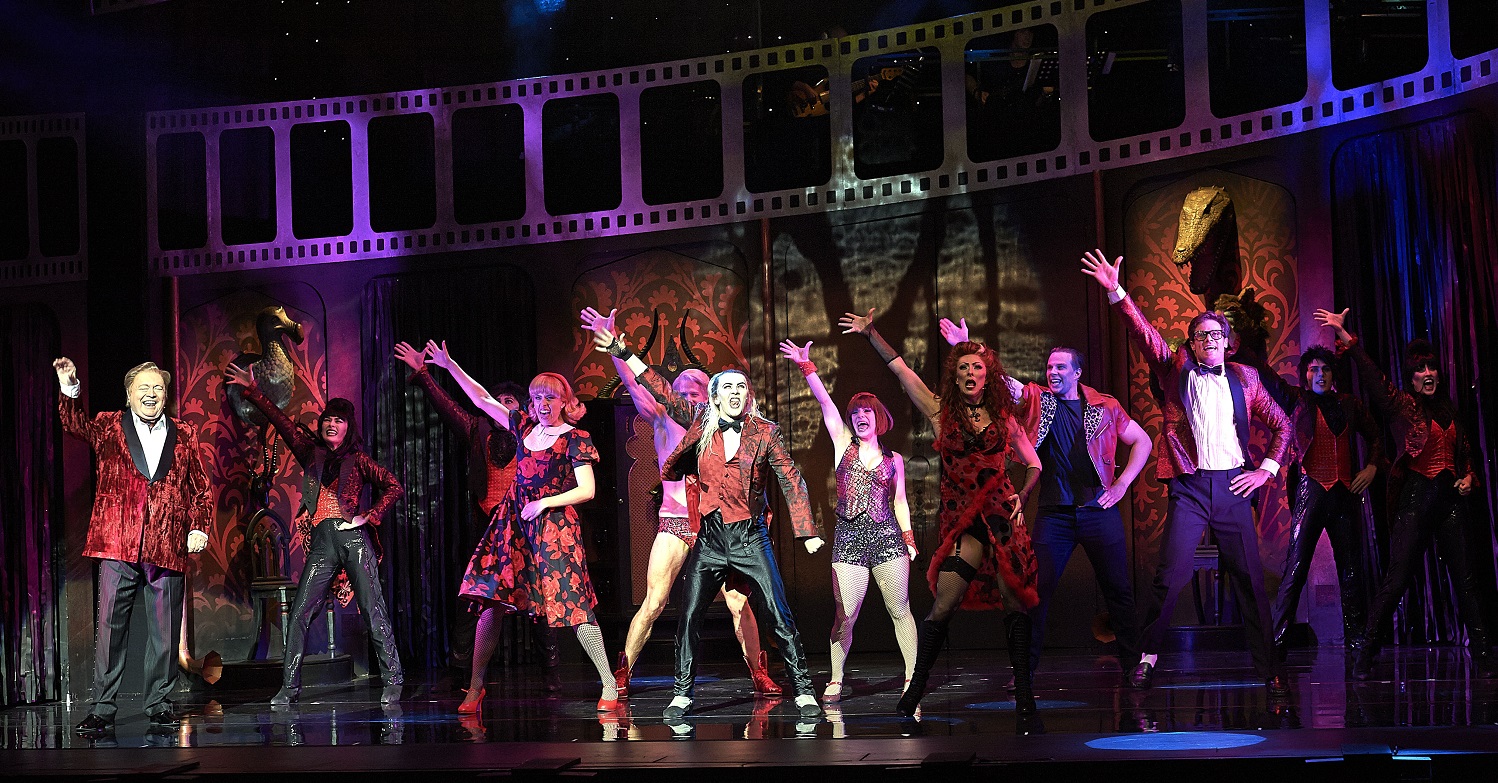 Are you ready for a Time Warp? Well, the Rocky Horror Show has hit Sydney and its ready to knock your socks or suspenders off. If you aren’t already a fan, get ready to see its cult following flock Sydney’s Lyric Theatre at the Star. They will be walking up in naughty maids outfits, all sorts of fancy dress, suspenders, fishnet tights, leather pants, drag makeup and the like. So if you just came in your usual theatergoing attire you may feel a little underdressed, or overdressed for that matter. Either way, you’re in for a fun night and will find it difficult not to have a laugh even if you are a bit of a prude. The show is riddled with dirty jokes, sexual innuendo and cliché comments, but all perfectly timed.

For those who haven’t seen the show before, its a little warped and has no sense of reality. If you’re looking for something a little more traditional, this show is not for you. It’s an eclectic mix of sci-fi, B-grade horror films and rock n’ roll. To cut a long story short, a newly engaged couple that are on the shy side breakdown on the side of the road in a storm. They seek help and knock at a haunted looking mansion to use the phone. The house belongs to the story’s famous Sweet Transvestite – Dr. Frank N. Furter. Inevitably they get pulled into the doctor’s crazy world and end up having a night they never thought to imagine. It is easy to think that the writer/creator Richard O’Brian may have been on something when he created it but all the madness just makes it good fun. 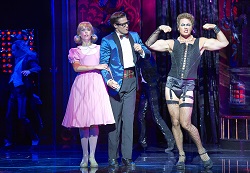 The set looks like it’s a little tired and could do with a bit of glamming up to match the costuming and performances of the cast. The entire cast gels magnificently, creating a stellar ensemble. They support one another so well, there really are no weak links. The role of Riff Raff (played by Kristian Lavercombe) needs to be noted. He did an exceptional job hitting those high notes. Then Angelique Cassimitis gave a standout performance of Columbia. The audience also loved Australia’s darling, Burt Newton, in the role of the narrator, and he still gave pelvic thrusts a good go in the encore of the time warp.

The highlight of the Rocky Horror Show is most definitely Craig McLachlan as Dr. Frank N. Furter. He really does steal the show and it is easy to see why he won the 2014 Helpmann Award for Best Actor in a Musical. McLachlan is most deserving of his accolades for his portrayal of this character. It’s worth coming to see the show just for his performance; he almost plays the role too well! He works the crowd and singles out audience members, pushing the envelope with his deviant behavior. If you are looking for a good laugh laced with dirty jokes and sexy satire this is the one for you. You’ll find it difficult to leave the theatre without singing “Let’s do the time warp again.”