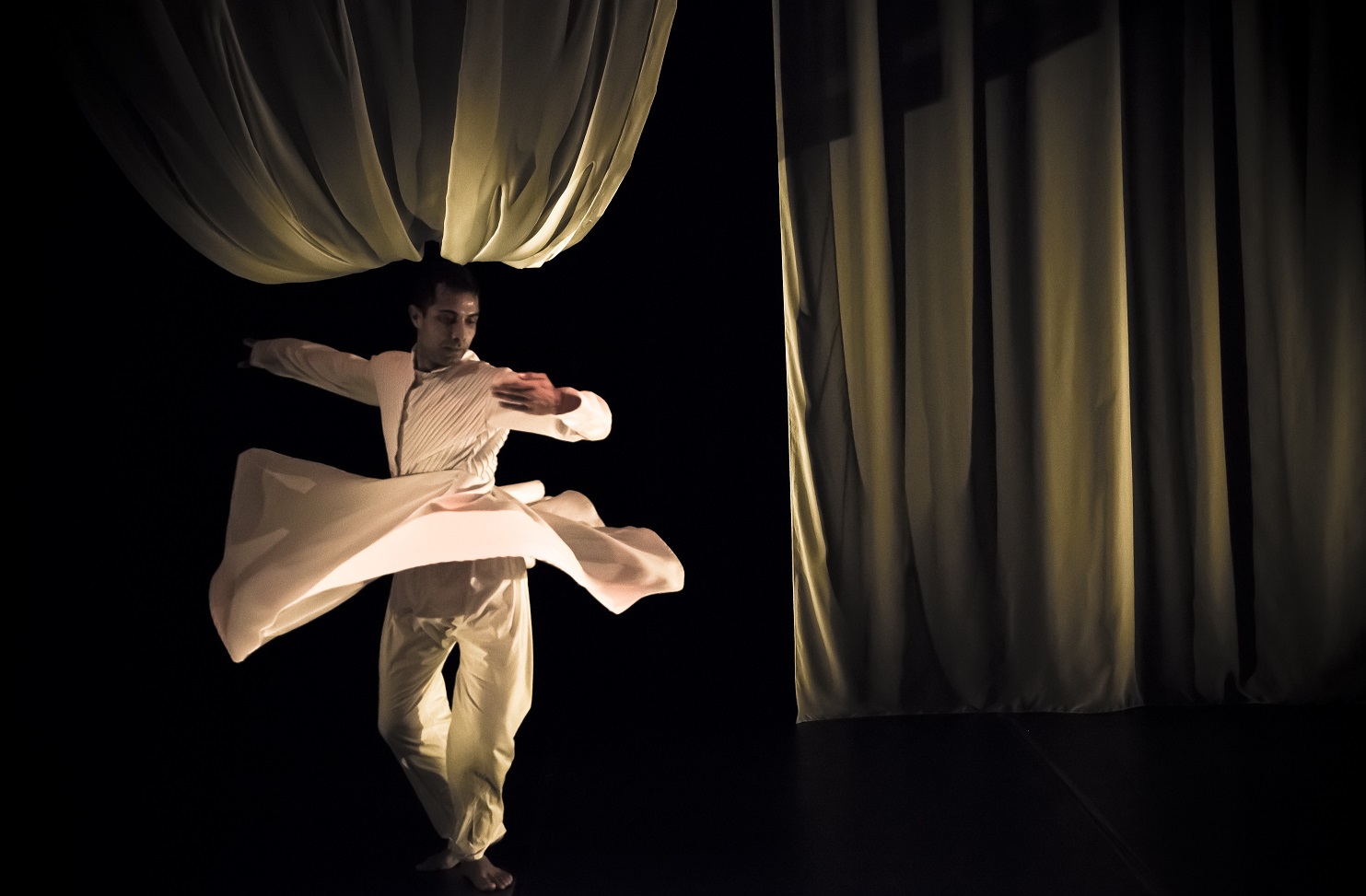 Mesmerizing, powerful and hypnotic, this is a bravura solo by Raghav Handa.

Translated, Tukre means “pieces” in Hindi. Inspired by the contents of his luggage on arrival in Australia, Handa has created a memory map of his family and cultural heritage through music and dance. Contemporary dance is blended with every day movements and the rhythm and repetition of a jeweller’s work movements combined with Indian Kathak dance.

As the audience enters and is seated there is the soft hiss and thrum of the sea. The work itself begins with a blackout and then a single candle being lit, and the various instruments used in a jeweller’s business revealed and displayed.

There is no set as such, but rather two white draped curtains used for projections and as a Murphy-like sculptural screen at times. The intriguing, insistent soundtrack by Lachlan Bostock beeps, hums and compliments the movement. Clytie Smith’s lighting was superb, often starkly dramatic.

Handa begins kneeling with the light from a single candle with an angular, almost mechanical solo, as if trapped in a box. Eventually he stands and shifts around the small performance space, the light expanding and shifting with him as his movements grow larger. At first he is in a grey jacket and top with white loose trousers, but for most of the show he wears only the trousers. Towards the conclusion, he is dressed in full elegant white, like a groom at a wedding. 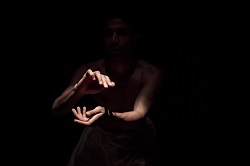 Handa is light and fleet, sometimes an Indian prince, other times a whirling dervish. There is a wonderful section with extraordinary lighting where Handa uses his hands as if uncut jewels tumbling, again a link to his family history moving across the stage twisting and flying like butterflies.

There are conversations with his mother that use the screen as well. There are some particularly intimate and revealing moments in his conversation with his mother, as they discussed his sexual orientation and the passing on to him of a family heirloom, part of her dowry. Also, there is footage of his mother precisely folding a sari, mirroring the scrupulousness that was in Handa’s choreography. The saris become a barrier and yet silken, flowing pathway of pure vibrant colour where a longing for the familiar is simultaneously contrasted with a sense of aloofness and being excluded from tradition. At the conclusion of the show, we see Handa wearing the heirloom, an ornate, bejewelled necklace.

A fascinating and very promising debut, Tukre is Handa’s first full-length work. Perhaps the structure and manipulation of the mike and props is a little clunky, but it is a tremendous reminder of the way narrative and exquisitely honed movement can blur past and present.