The Genée International Ballet Competition, affectionately known as the “Genée” is one of the most prestigious competitions in the world.  It has seen some of the world’s best young dancers on the cusp of their professional careers compete for medals and scholarships since its inception in 1931.  The Genée is open to dancers trained in the Royal Academy of Dance’s (RAD) syllabus who have progressed to a certain level of the syllabus.

The Genée provides candidates with the opportunity to receive world-class coaching with renowned choreographers and teachers for five days before performing at the Semi-finals and then the Final, which will be held at the prestigious Sadler’s Wells Theatre. In 2015, the RAD has committed to awarding between five and ten Darcey Bussell Genée Bursaries each worth a minimum of £1,500 each year for the next five years.  Named in honour of the Academy’s President, the new Darcey Bussell Genée Bursaries will cover successful bursary applicants’ entry fees, travel expenses and associated costs.  Funded by donations made at the RAD’s QEII Coronation Award Gala in September 2014, these bursaries will support eligible students who for financial reasons might not otherwise be able to enter the Genée. 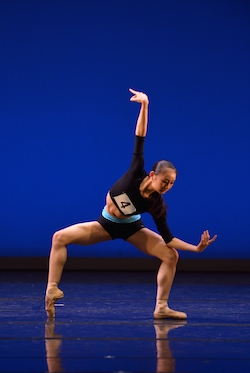 In addition, The Dame Margot Fonteyn Scholarship Fund has pledged to award a bursary of up to £2,000 per annum for the next 5 years to support eligible candidates for the Genée International Ballet Competition. This will be administered by the RAD in tandem with the Darcey Bussell Genée Bursary scheme.

Dance Informa spoke with the Royal Academy of Dance’s Artistic Director, Lynn Wallis about the Genée and its new bursary.

The Genée is returning to London in 2015 after being held in a variety of countries since the competition was first held outside England in 2002.  How has the competition and competitors benefited from the varied host countries and cities?

“The decision to move the Genée around the world was taken in order to make it more accessible to candidates, and it certainly has: the first time it was hosted abroad it was in Sydney with a record number of candidates! The international focus of the competition helps to prepare candidates for professional careers, and gives them an insight into the cultures of the countries in which the competition is held.”

The Genée has announced a new Bursary Scheme for selected competitors. Tell us a little about this.

“As a charitable organisation, the RAD is committed to promoting and encouraging both standards in and benefits of dance across the areas it covers, and the Genée is one of our key opportunities to do this. The RAD has a presence in 79 countries, and we are aware that in some parts of the world there are candidates who are eligible to compete in the Genée, yet don’t due to the varying costs of international travel and associated expenditure. For example, there were six countries during the period 2011-2013 where there were Genée-eligible candidates but no actual entries. So in 2014 we decided to undertake fundraising activity that would create a bursary scheme.

A major fundraiser took place on September 4th 2014 and raised in excess of £70,000 towards the establishment of a new bursary programme, enough to fund 5-10 bursaries per year for the next five years. Each bursary will be comprised of three components: funding to cover the cost of entering the Genée, a contribution towards equipment costs and a contribution towards travel costs.”

What is the criteria for selection?

“We are still developing the selection criteria, but they will include an assessment of the candidate’s ability to pay for entering and travelling to the Genée.” 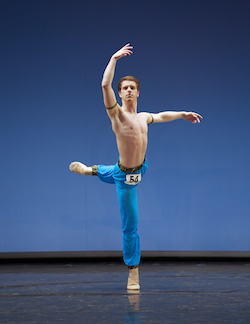 Are the bursaries independent from the usual medals?

“They are, yes. The candidates will be able to apply for a bursary before they make the decision to apply to enter the Genée. The panel who select the successful bursary applicants will be entirely separate from the process of confirming eligibility for entering the Genée, which is centred around the achievement of Distinction at RAD Advanced 2 examination.”

With so many dance competitions around these days, what sets the Genée apart and has contributed to its ongoing success?

“The Genée started in 1931 and it is now in its 84th year. This makes it one of the most prestigious and oldest dance competitions in the world. Initially there was only one gold medal awarded, but the Academy soon recognised the need to introduce more: the silver medal was added in 1934, gold and silver for male dancers in 1938, the bronze medal in 1956, the Audience Choice Award in 2003 and the Choreographic Award in 2013. The educational aspect of the Genée is of paramount importance for the Academy. The capacity of the Genée to be rooted in tradition but to welcome change and embrace new creative developments is at the heart of its success.

It is one of the only competitions that travels the world but it is crucially an experience, not merely a competition. The candidates undergo five days of intensive coaching with world-class faculty and a commissioned choreographer (different every year). The Genée gives many young dancers their first experience of performing on a major stage, and to be judged and seen by Artistic Directors of professional ballet companies from all over the world.”

Details of all bursaries available to potential Genée competitors will be published in March 2015 at www.rad.org.uk/genee. All applicants for the bursaries must anticipate meeting the standard entry criteria for the Genée International Ballet Competition (Distinction at RAD Advanced 2 or Solo Seal Award) by the time of the Competition in autumn 2015. A panel, approved by the RAD, will consider each application and decisions will be made based on the financial and circumstantial evidence provided. Bursary applications open in March and Genée applications open in April. Tickets to the competition are available from May 19 at www.rad.org.uk/genee. Limited all-inclusive Genée Experience Packages are available now. Click here to learn more!