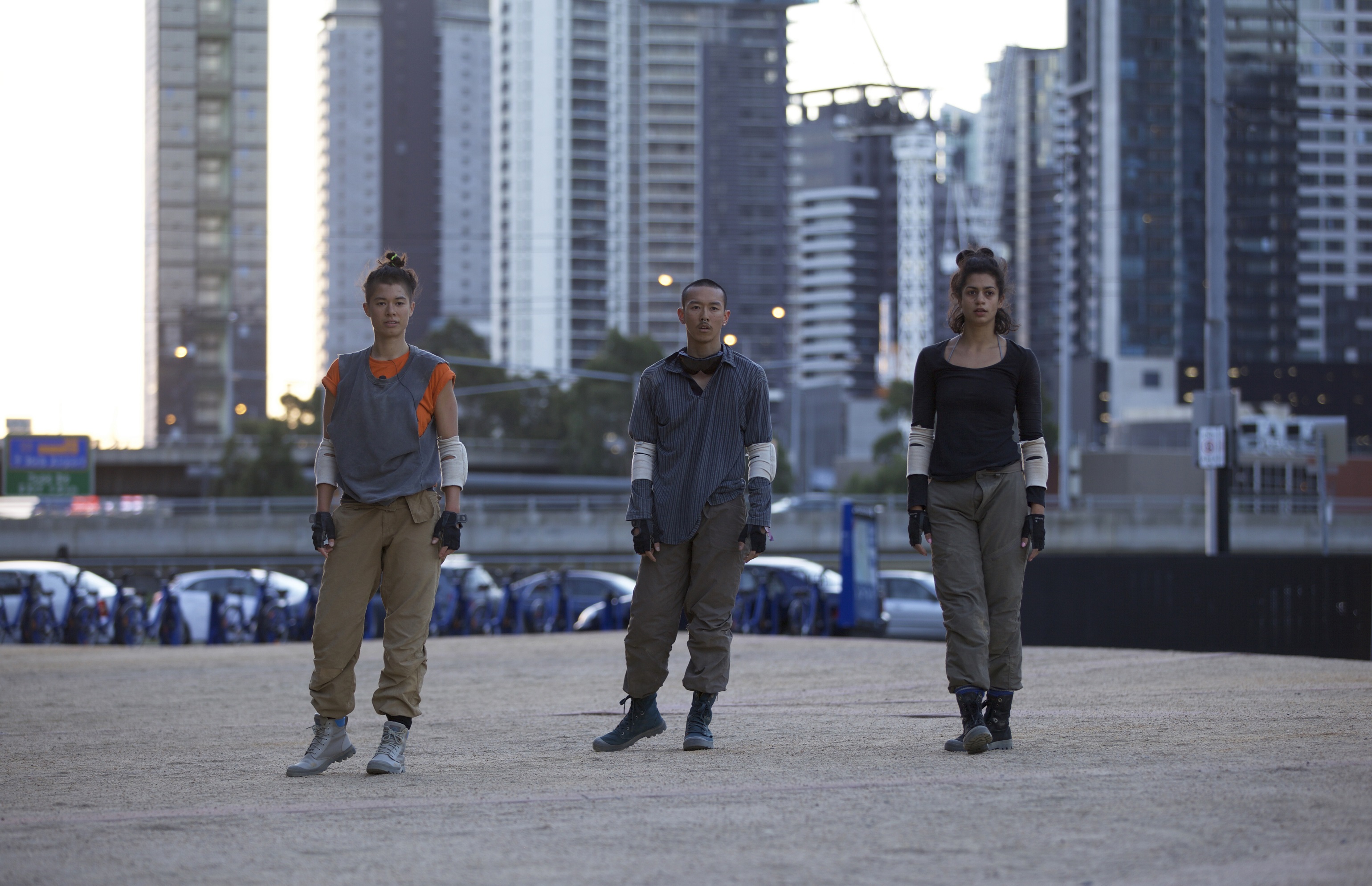 We are used to pristine performance spaces, either as audience or artist; but what if you were in the middle of a show and someone walked right through it? How would that affect your focus?

Since arriving in Melbourne in 2012 to take up the reins at Australia’s flagship contemporary dance company, Chunky Move, Dutch choreographer Anouk van Dijk has consistently sought to challenge parameters. When the company’s new, site specific work Depth Of Field makes its debut at this month’s Dance Massive festival the performance space will be anything but controlled.

As one of three performers, Perth born dancer James Vu Anh Pham is clearly both inspired by and nervous about taking the show out of the black box and into the noise and dust of the Malthouse Forecourt. “It’s very exciting actually,” he enthuses. “That sense of not knowing and that anything can happen. Y’know, someone totally random can just walk by and that will be a part of the show!”

Set not simply outside, but staged near sunset time and amidst the drone and din of traffic and trams, Depth Of Field deliberately embraces both environmental mutability and the potential chaos of Southbank’s dog walkers and grocery shoppers.

“In a way I feel like that’s what it’s all about,” Pham says. “We spend so much time inside and we can get out of touch with so much of the energy that goes on outside; and then suddenly you’re out there and there’s this weird power shift where you’re working but other people are just walking on their way to IGA or going home.”

Of course, there is a clue in the title’s reference to focus; except that this time it’s our focus that’s being shifted around. As Pham explains, “There’s clear sky, there’s the city and then there’s this abstracted kinda maroon building … Sometimes the movement of the traffic influences us or vice versa. From improvising and playing around we’ve discovered that certain ways of approaching it can actually accentuate something that you wouldn’t normally notice in the environment. For example, the sand is very dusty and so when we move it kinda looks like the floor is smoking.”

It’s potentially a big ask for audiences used to neatly packaged settings. It’s also a challenge for Pham and fellow dancers Tara Jade Samaya and Niharika Senapati. Whilst they will appear smaller and more distant to those of us in the seating bank, they will also have more ground to cover. “The turf is just so different,” Pham reveals. “It’s ‘slidier’. So there’s all kinds of things that we have to negotiate with every single move we do. Also, the space is much bigger than we normally use, or even rehearse in, so we have to run three times as far.”

For the Helpmann Award winning James Vu Anh Pham, Chunky Move’s 2015 opener also presents a very particular and personal challenge. “My eyes are quite sensitive to the dust and the wind, so I’ve been rehearsing with goggles and I have a feeling that I’ll be wearing them for the show.”

So, while Pham wears goggles, the audience wears headphones and the #1 tram trundles by, everyone’s focus will be in a state of flux and Chunky supremo Anouk van Dijk will once again have altered our depth of field.