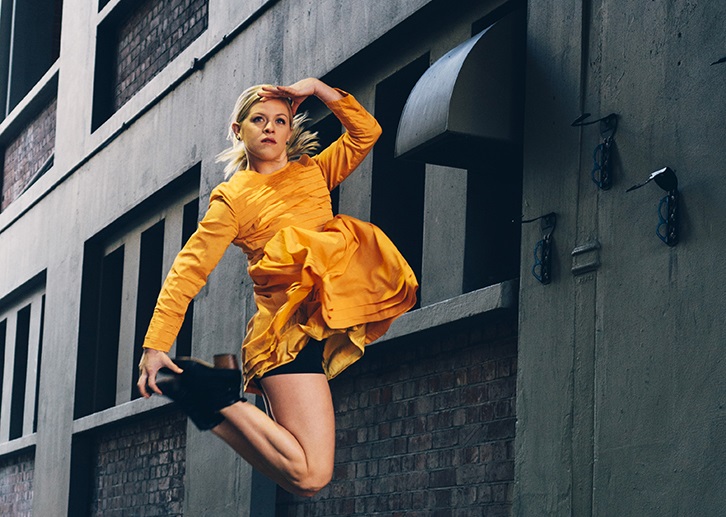 A Memorandum of Understanding was signed recently between the Royal New Zealand Ballet (RNZB) and NZSD, committing renewed energy to the relationship between the two national arts organisations.

“When I was a dance student myself at La Scala in Milan, Italy it was my dream to become a professional dancer with the company. I believe very strongly in the importance of the relationship between New Zealand School of Dance and their national ballet company. I will do my very best to help nurture NZSD students and together with the NZSD help the students realise their dreams,” said Francesco Ventriglia, artistic director of the Royal New Zealand Ballet.

From March 4 to 22, 2015, Auckland will be transformed with an explosion of theatre, music, cabaret, dance and visual arts during the Auckland Arts Festival. This is the 7th biennial Festival since its inception in 2003, and the 2015 festival promises an exciting line-up, including works from acclaimed British choreographer and dancer Akram Khan; New York City’s acclaimed Cedar Lake Contemporary Ballet; Fela! The Concert, direct from Broadway; Samoan-New Zealand director, Lemi Ponifasio’s I AM; and Close Encounters: PAH, a unique collaboration between leading female New Zealand artists Carol Brown, Gillian Whitehead and Star Gossage.

For the full programme go to www.aucklandfestival.co.nz.

For the full programme go to www.fringe.co.nz.

Dunedin Fringe will also be running from March 12 to 22, 2015. For more information, head to www.dunedinfringe.org.nz.

Lyn Cotton, director of integrated dance company Jolt, has been honoured at the Attitude Awards on World Disability Day. On 3 December, Lyn was announced as the recipient of the Making A Difference Award. The national awards celebrate the excellence and achievements of Kiwis living with a disability. The Awards have grown out of the Attitude TV series.

Lyn’s company, Jolt, runs classes for all ages and abilities and boats three performance companies : Jolt Dance Company, Jolt Youth and Jolt Interactive. Most recently, Lyn’s passion has been directed into establishing Move, New Zealand’s first integrated dance tutor training scheme, in which Jolt Dancers are trained as teachers. As well as dedicating her time to running Jolt, Lyn contributes many hours to other arts initiatives, including supporting mainstream artists and teachers to be more inclusive, ensuring fair pay and conditions for dancers and contributing to arts policy.