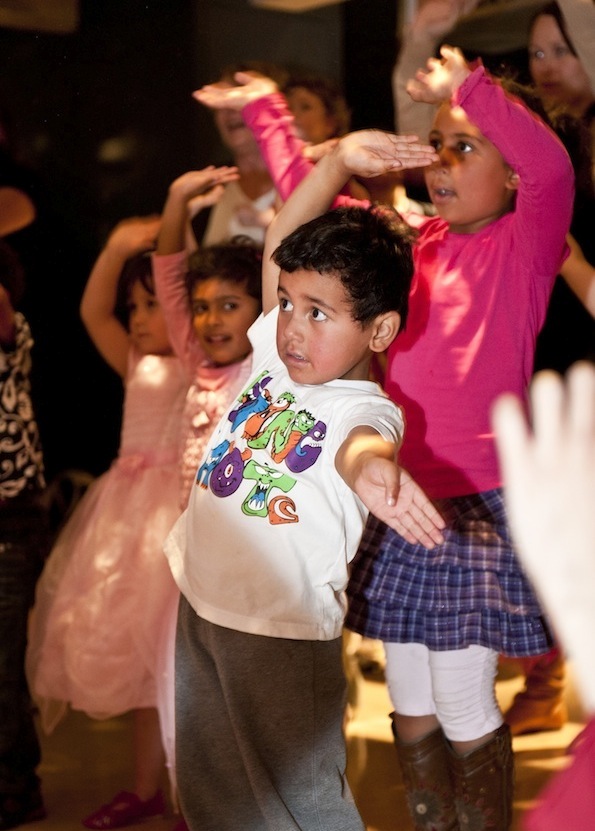 Join Java Dance at Capital E Central for a series of workshops to get the little ones grooving! Jump, twirl, shake and explore in a fun hour dedicated to discovering the joy and imagination in contemporary dance. The workshops take place every Tuesday until December 16, from 9:45 a.m. to 10:45 a.m. at Capital E Central, located at 4 Queens Wharf in Wellington. Each workshop costs $8.

The Royal New Zealand Ballet‘s Vodafone Season of A Christmas Carol continues its tour of the country this month, with performances in Auckland city December 3-7 and in Takapuna on December 13 and 14. The perfect ballet for a family outing, it was created with all ages in mind, with two intervals and a running time of less than two and a half hours. The Otago Daily Times’ reviewer has said of the production: “The most hardened of hearts will warm to this retelling. It is a production that will certainly put anyone in the Christmas spirit.”

RNZB’s performances on tour are complemented by a range of educational activities. In Auckland, audience members can enjoy Warm Up, Curtain Up at 6:20 p.m. on the Friday night, and a Q&A after the Saturday matinee. There are also Open Classes in Auckland, as well as a Ballet for Boys class on December 14.

Speaking of Auckland, the city will be transformed with an explosion of theatre, music, cabaret, dance and visual arts on March 4–22, 2015. It’s the Auckland Arts Festival, the country’s premier festival of New Zealand and international arts. The globally recognised event celebrates people and culture, and showcases the unrivalled location, cultural diversity and vibrant energy of New Zealand’s largest city. The 7th biennial festival since 2003, 2015 promises an extraordinary celebration of arts for everyone with some fantastic dance shows, including Akram Khan, Cedar Lake Contemporary Ballet and Fela! The Concert.

The Arts Foundation of New Zealand has recently announced Louise Potiki-Bryant as the recipient of the 2014 Harriet Friedlander Residency. The award provides $80,000 to support artists to research and network in New York, which was Harriet’s favourite international city. Louise Potiki-Bryant is one of New Zealand’s most exciting choreographers and is the first dance person to receive this award.

She has recently returned from the Caroline Plummer Fellowship in Community Dance at the University of Otago and has been widely praised for her work with Atamira Dance Company, with whom she has created five works. She has choreographed works for ensembles such as Black Grace Dance Company, and this year she has been creating a new work, IN TRANSIT, for the New Zealand Dance Company.