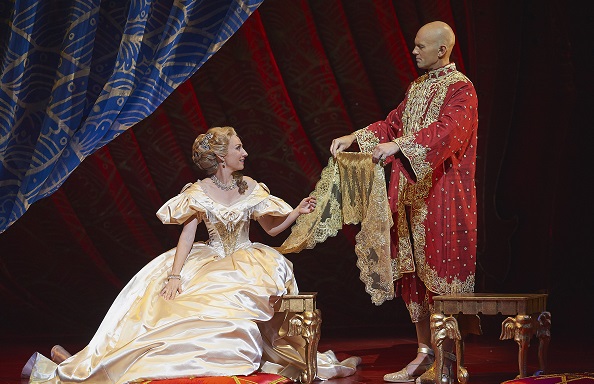 The King and I recently opened in Sydney following successful seasons in Brisbane and Melbourne. It had received overwhelmingly positive reviews and the highest pre-sales for any show held at the Sydney Opera House.

On first glance, it’s no surprise that the production has been successful in the other states. The set, costumes and stage design are elaborate and absolutely captivating, inviting you warmly into the scene. However, as the musical progressed on September 30, I couldn’t help but feel like they could have given a bit more.

There’s no doubt that Lisa McCune and Teddy Tahu Rhodes are great performers, and the audience warmly received them. They have a definite chemistry that makes them the perfect partners onstage.

One question that did come to mind, however, was whether the production had passed it’s time in terms of relevance. Obviously the story has been around for a long time and there is a certain audience that will always feel a connection to it, but in terms of attracting a younger audience, it may have missed the mark. I found the overall length of the production to be a bit too long as well. 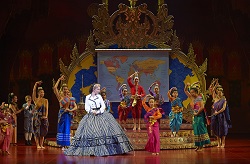 ‘The King and I’. Photo by Brian Geach.

The dancing that we did get to see was great, and suited the overall theme and storyline.

A positive to the production was the use of humour, and this was evident throughout the crowd’s reactions. Teddy shows a great comedic ability, and there is something about his presence on stage that the audience members seem to love. He has that “X Factor” that have people returning to see him perform onstage.

If you’re wanting to take your family along to a production, then this performance is definitely for you. However, if you’re wanting to see something that’s different and a modern take on a classic, then The King and I is probably not the right fit.

Photo (top): The King and I. Photo by Brian Geach.