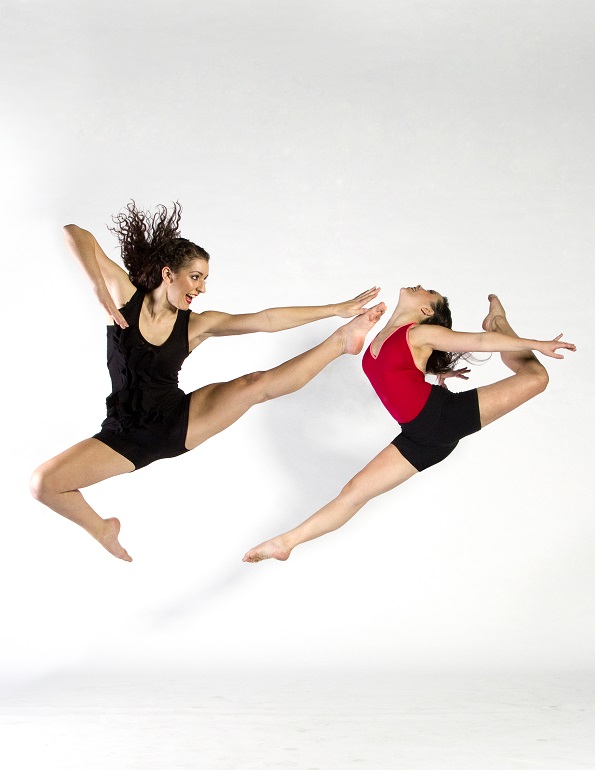 Dancers have the chance to study at a premier arts conservatory in two of America’s leading artistic and entertainment capitals.

Next month, AMDA will host auditions for its Dance Theatre programs in Sydney on Saturday, May 3 and Melbourne on Sunday, May 4. If dancers are accepted, they can study classical ballet, modern dance and the Broadway repertoire, in addition to many other techniques, in the thriving metropolises of Los Angeles or New York City alongside fellow classmates and talented performers from every corner of the globe.

“At AMDA, no matter what the student wants to do in the performing arts industry, they can get all the training they need here,” says recent Australian graduate Claudia Wareham. “For me, wanting to do the commercial dance route, I was able to grow further in jazz and hip-hop classes, with the ballet technique being reinforced as well.”

Wareham, a Melbourne native who previously trained with Patrick Studios Australia, auditioned for AMDA a few years ago in Melbourne and was excitingly accepted to the two-year Conservatory Program in Los Angeles. Her goal is to work with “music studios and do concerts with pop artists” and to eventually move into dance on film. She said being able to study in Los Angeles and make connections with choreographers there through AMDA has been invaluable.

“I love being in L.A. just because I’m really focused on the commercial side of the dance industry – hip-hop, jazz, funk and all that,” said Wareham. “The industry for that today, for jazz and hip-hop, are really based in L.A. So now that I’ve graduated I have all those studios like EDGE, Millennium, Movement Lifestyle and IDA [International Dance Academy Hollywood] that I can easily walk or take the metro to. So that’s really awesome.”

Wareham said that in addition to location, by far one of the biggest strengths of AMDA’s Dance Theatre programs is the diversity of the curriculum. Even though Dance Theatre students spend a significant amount of time grounded in classical technique and other courses in various dance techniques and styles, students also become capable, multi-disciplined performers through courses in acting, singing and musical theatre.

Marina Benedict, AMDA Director of Enrichment and Co-Chair of Dance Theatre at the Los Angeles campus, agrees. She explains that the industry is really changing and the more diversified and skilled dancers are the more likely they are to land a contract.

“The fact that in our dance program you are going to act, you are going to develop your voice, you are going to take improv, stage combat, voice production and speech, and on-camera acting, you are going to see the performing arts as a whole and really develop sides of yourself that can really take your ability to perform to a whole new level,” Benedict said. “You can become more than just a dancer, and I think that’s really important in today’s market and today’s industry. You need to be able to feel comfortable on camera and on set. You could be put into any of those situations and you need to be ready to be game and jump in.”

AMDA is also well known and respected for the high caliber of its instructors and faculty members. Whether at the New York or L.A. campus, the teachers are some of the very best and brightest professionals in the industry.

“I’m still actively performing and auditioning, as are all our faculty,” Benedict said. “And if they’re not, they’re directing, writing and producing their own work. That provides students direct access to connected, current industry performers, not just retired performers. I would actually say that most of our students receive their first job or their first career connection through a faculty member.”

Wareham explained that the connections she made through AMDA classes were incredibly helpful, in particular the class on audition technique.

“The audition technique class was one of my favorites because it was once a week for one hour and 15 minutes and we had a main teacher who would bring in guest teachers from the industry that would be teaching and advising us,” she said. “So first of all, you’d be making relationships with choreographers that are working in the industry and secondly, you got the experience of performing mock auditions before you went out to the real world of auditions.”

As an example, she recalls one class in which Carlton Wilborn visited: “We had one mock audition with Carlton, who is a current choreographer who has worked with Madonna. At the time, he was filming a project in Puerto Rico so if he had liked one of us he could have asked one of us to work with him. That’s really great that we got to make connections like that.”

Students in the Dance Theatre programs also get a plethora of performance prospects, including opportunities to perform in AMDA’s dance mainstage production, a play, a musical, Black Box and Artists Lab. Artists Lab has performance opportunities in a series of workshops called “Finding Your Voice,” including “everything from a hip-hop crew to site specific work to dance improv and interdisciplinary works,” explained Benedict, who overlooks the program. Artists Lab also offers “Raise the Barre,” a chance for students to place their own choreographic work for performance.

“It’s pretty crazy! Every 15 weeks we are doing a full production!” Benedict said.

Yet, perhaps one of the neatest benefits of studying dance through AMDA is that you can easily transfer between the L.A. and New York campuses. In the program, students have built-in opportunities to study in both cities, although they can remain in one if they want to.

“We hope every student will do some time in L.A. and some in New York. If you are a conservatory student you can do half and half. If you are a BFA student you may take your third semester and transfer over for what we call ‘The New York Experience’ and come back and finish your BFA. You can also do the New York Conservatory and complete it, and then come to L.A. and apply those credits to complete your full four-year BFA. So there are lots of ways to do it,” Benedict explained.

The main difference between the two-year Conservatory Program and the four-year Bachelor of Fine Arts Degree Program is that conservatory students basically take all their performance coursework up front, according to Benedict.

“What’s lovely about the AMDA program is that while you make a choice on how to start the program, every graduate can eventually get the BFA if they want. A conservatory graduate leaves having finished two years of the BFA program, having done all of the performance side. Then if and when they decide to finish their degree, then they get to come back and finish the other half of the BFA program,” she said.

For Australian dancers wanting to make it big on Broadway, immerse themselves in L.A.’s commercial dance scene, refine their technique to audition for a professional dance company, or develop their own creative voice, AMDA has specialized training to meet all their needs.

Benedict said, “I feel like we are really unique in that we focus on the individual. We try to help every person come out into the most authentic version of themselves as an artist. We don’t try to mold people into an ideal of what exists in the industry today. We hope that through the development of them as an artist and their creative voice that they enter the industry with something unique and original to offer.”

Wareham said, “I feel so much better prepared having come to AMDA than I ever would have just taking regular class… Overall, it’s been a really great, positive experience and I really do recommend it to anyone.”

For more information on AMDA and audition requirements, visit www.amda.edu/programs/dance-theatre/.