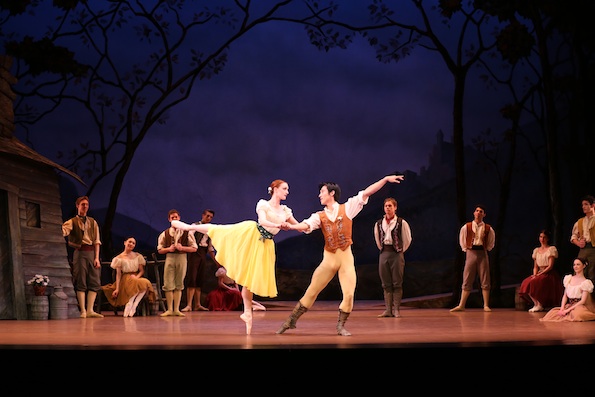 Cirque du Soleil is back! Everyone’s favourite spectacle returns to Auckland to present Totem, a show of incredible acrobatics which will take you on a journey through the myths of mankind’s evolution. This exciting new show follows the human species from amphibian state through to a desire to fly. Watch the characters evolve on a stage, in a show The Toronto Star called  “Spectacular, artful. Breathtaking and deliciously ironic.” Somewhere between science and legend, Totem explores the ties that bind man to other species, his dreams and his infinite potential.

On the company’s first tour to the U.S. in over 21 years, The Royal New Zealand Ballet has received an overwhelming reception – including several standing ovations – in Los Angeles, Santa Barbara, Minneapolis and New York. On the three-week tour, the company performed for more than 16,000 people, including sold-out shows in Santa Barbara and New York.

Several leading dance critics have given the performances rave reviews. LA Times critic Lewis Segal called the RNZB “a beautifully trained company,” while Jean Lenihan from Orange County Register said, “The technical demands were full throttle, and it was great to see how many New Zealand and Australian-raised dancers populated the company with beautiful lines and easy presence.”

The company’s final tour stop was The Joyce Theater in New York, where Christchurch-born choreographer Andrew Simmons’ work Of Days made its international debut, alongside Benjamin Millepied’s 28 Variations on a Theme of Paganini and Javier de Frutos’ Banderillero. The dancers are now enjoying a well-earned break before beginning Coppélia rehearsals, with the ballet opening in Wellington on 17 April and touring nationally until 31 May.

Having been critically acclaimed on the RNZB’s U.S. tour, leading dancer Qi Huan has now left the company to take up a teaching role at the New Zealand School of Dance (NZSD). After nine years with the company, the esteemed dancer will teach classical ballet at the internationally renowned school, with a particular emphasis on the training of male dancers.

Qi has a bachelor’s degree in teaching and performing arts in ballet, and taught at the Beijing Dance Academy from 2003–04 before coming to New Zealand to join the RNZB. He says, “To become a ballet teacher has always been one of my future goals and dreams. I’d love to share all my dance knowledge and stage experience with the younger generation. I am so excited to explore and learn more as well as work with all the dedicated and disciplined people at NZSD.”

NZSD Director Garry Trinder says, “It has been a long-term aspiration to have Qi teach at NZSD. On occasion he has been a guest teacher at the school and always impressed me with his dedication, intelligence and commitment to excellence.”

Dance Masters International (DMI), the Christchurch-based training organisation, has released news of its scholarship programme, which will commence in 2015. With an esteemed international faculty including Frederic Jahn and Patricia Ruanne, DMI offers fulltime classical and contemporary training of a world-renowned standard. Students can train over a two or three year programme, with a focus on audition preparation in their final year. Two fulltime, one-year scholarships are available in 2015, and are open to students aged 15 years and over, worldwide. Auditions will be accepted by DVD, or a private audition can be arranged. For more information, go to www.dancemastersinternational.co.nz or email dancemasters.international@gmail.com.

The New Zealand Dance Company (NZDC) has a new home, having been invited in as resident company at the Wellesley Studios in Auckland. The bright new space includes specialised dance studios, dressing rooms and offices and is an exciting step for both the company and the wider arts community. The aim for Wellesley Studios is to build a programme of classes, workshops and residencies and to build relationships in the industry.

In other NZDC news, the company held a successful Tauranga Summer School, where they also made selections for an exciting new Youth Company. In March, NZDC will return to Tauranga and will also go to New Plymouth for workshops in schools, weekend workshops and the selection of a New Plymouth Youth Company. In late April, NZDC embarks on their Language of Living 2014 National Tour, which includes performances in Invercargill, Christchurch, Nelson, New Plymouth and Tauranga, with schools’ matinees in Nelson, Cambridge and Auckland – plus workshops everywhere along the way.