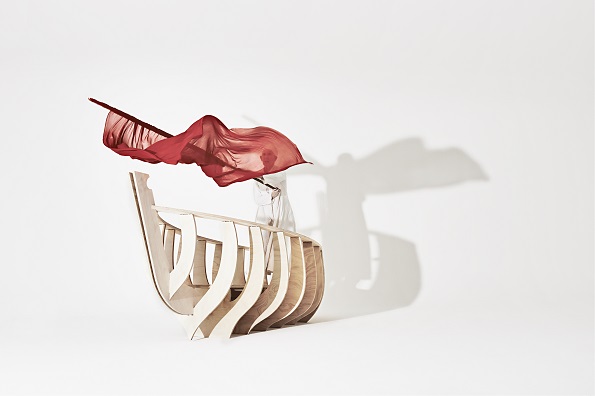 “It’s time to be brave. You’ll have all the right ingredients you need to make a great work, so just go for it. It’s a rare kind of opportunity.” – Angela Conquet, Dancehouse

Dancehouse, the Keir Foundation and Carriageworks recently announced the creation of Australia’s first national choreographic prize, The Keir Choreographic Award, to be held biennially. And although the application process has been rigorous, artists have been spared the usual form-filling process. “No more fifty pages of writing and ideas,” quipped Angela Conquet, Artistic Director of Dancehouse.

Artists were instead invited to put together a five-minute video pitch fleshing out a 20-minute choreographic idea. A jury of national and international judges will consider all of the submissions and pick eight works. The artists will get the opportunity to produce them at a semi-final to be held at Dancehouse in Melbourne, after which four semi-finalists will be picked to present their works at the final at Sydney’s Carriageworks. One lucky artist will leave with the $30,000 grand prize and the title of the inaugural Keir Choreographic Award winner, while the audience will vote for a second work, whose creator will leave with a not-too-shabby $10,000.

The pitch process reflects the inspiration of European models such as The Place Prize for Dance, which has been held biennially since 2004 at The Place in London. The Place Prize is sponsored by Bloomberg and offers a grand prize of £25,000. Sydney Dance Company’s current Artistic Director, Rafael Bonachela — who enjoyed an illustrious career on the other side of the globe before his appointment brought him to Australia — was the inaugural Place Prize winner.

The international links and feedback offered to applicants of the Keir Award, as well as its explicit focus on contemporary dance, distinguish it from the existing awards.

“The Australian Dance Awards have a different process— artists can self-nominate, which I think is a bit…not necessarily problematic, but it sets different parameters. The panels for the Australian Dance Awards are always made up of national experts which is great, but I also think it’s good to bring fresh eyes from time to time,” explains Conquet. “I think probably if I were to go for it myself, I’d probably be most excited by the idea of having new pairs of eyes to look at my work and not just the usual suspects.”

The Keir Award is also open to artists working in platforms outside of dance. “Dance is probably the art form that most invites collaboration and so it’s normal to finally open a competition that honours artists from other art forms and invites them to pitch choreographic ideas – it’s probably the only existing opportunity in Australia which is open to other art forms in this way.”

Conquet continues, “It’s an acknowledgement that artists from other areas can develop choreographic ideas. Most often this occurs with the support of dance practitioners, but it is entirely possible, for instance, for a photographer to be the author of a choreographic idea.  It’s probably not what we see very often in Australia, but I do hope that’s what this opportunity will encourage artists to do. There will be people sitting on the panels who have ‘hybrid’ profiles so in this context I think they will probably be looking for more multi-disciplinary work.”

Though the works will be multi-disciplinary, the rationale for creating a cash prize award for choreography in the first instance remains firmly rooted in the needs and concerns of the dance community. Quibbles about the propriety of cash prize within the arts, notably within the visual arts and literature, may well feel like a privilege to artists working in contemporary dance, for whom few avenues of acknowledgement exist beyond the immediate in-theatre experience.

“We can’t really say that contemporary dance is among the most glamorous of art forms,” Conquet acknowledges. “In the visual arts it’s probably a lot easier to attract attention from the public and funders, be it private or public. Ballet, of course, has the Telstra Award.”

“So it’s not just a cash contest or a celebration of what excellence looks like today in dance, it’s also, in a greater sense, cash acknowledgement for contemporary dance artists. There are so many cash awards in the visual arts arena, you know, and it’s something that I think has become more a part of the visual arts, that idea that if you have an award, there will be money to go with it. I think it’s high time that we start to think of contemporary dance as being as worthy of getting financial recognition as the visual arts.”

One of the most powerful arguments in favour of artistic cash prizes is the interest they inspire from the media and the public. In turn, such recognition can bolster the profile of prize winners, helping to prolong the life of works which might otherwise have been forgotten to history. In the field of literature, prizes have often acted as potent weapons in the fight to keep contemporary literary classics on shelves long enough for emerging authors to gain a following. Given the ephemeral nature of contemporary dance works, their relatively short seasons and small-but-devoted following, the introduction of a prize is a promising venture for the discipline.

“The people who will be sitting on the panel are also presenters, so hopefully some of those works will get to tour internationally – this competition is about the greater exposure of dance works and I hope they will live a long life.”

“I hope the artists will feel free to go as far as they want with their experimentation because for once it’s fully funded —not only will their fees be covered but also the production budget,” says Conquet.

“It’s time to be brave. You’ll have all the right ingredients you need to make a great work, so just go for it. It’s a rare kind of opportunity.”