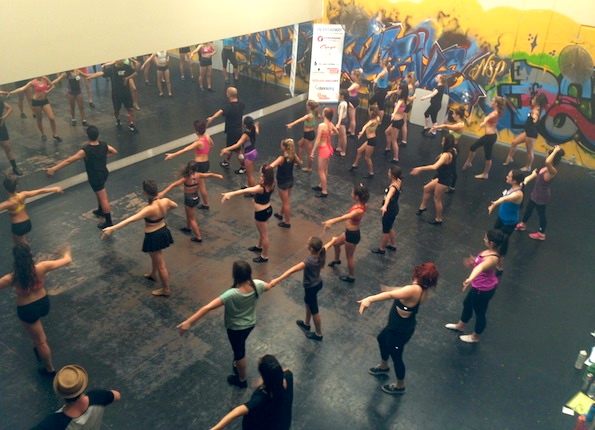 The On Broadway National Workshop & Competition, sponsored by Dance Informa, toured Australia in September and October 2013. With a huge turnout, the full-day workshop and audition experience gave young Broadway hopefuls a taste of the Great White Way and a chance to win a trip to New York City to help make those dreams a reality.

“The talent was outstanding!” said Director Jess Orcsik, of J.O. International Productions who ran the events. “We saw the best of all the worlds – amazing dancers, amazing vocalists and actors. Being a workshop based around Broadway and musical theatre, we were hit with an abundance of triple threats, four of which we felt were worthy of winning the prize.”

Those hardworking finalists and prizewinners were: 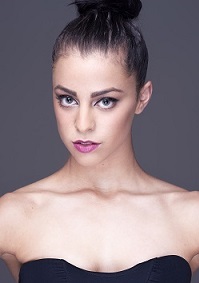 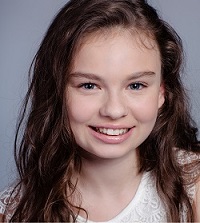 At On Broadway, coaches Seth Stewart, Sharona D’Ornellas, Johnny Ramey and Julie McBride, direct from New York, took the students through three workshops in dance, acting and singing, exploring the processes involved in auditioning on Broadway. The dancers were given feedback on their abilities from the seasoned Broadway professionals, a renowned New York agent and from an expert panel of Australian judges, including Todd McKenney, Lynn Ruthven and Kelly Aykers.

“I am so thrilled to be part of such a great event. I have been absolutely blown away with the talent on show. If you are the future of theatre in this country then I would say we are in very safe hands indeed. Well done!” said Todd McKenney.

The top performers in each city, as chosen by Todd McKenney, Lynn Ruthven and Kelly Aykers, will now enjoy a trip to New York City, courtesy of major sponsor Hawaiian Airlines, and free classes at Broadway Dance Center, among other prizes from sponsors such as a $500 Capezio gift voucher and a $100 gift voucher to Musicnotes.com.

“I loved the JOIP On Broadway workshop so much because it was a great experience learning and taking class like they do in America. I love working with such experienced performers because that’s what I want to do and I aspire to be like Johnny, Seth, Julie and Sharona. It was also so good to learn from my more experienced piers because they have been or are in the same situation as I am in and want to learn more about moving to America and looking for work. I cannot wait to explore the Broadway Dance Center studios and Julliard,” shared young Apprentice winner Alessandra Kitinas (“Ali K”). 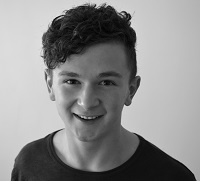 Kyle Hall, from Adelaide, who also looks forward to his trip to New York, told us: “I went in not really knowing what to expect. It turned out to be an amazing experience! Getting to work with the pros was such a brilliant opportunity. Coaching someone on how to audition well doesn’t seem to be something that many people touch on. Everyone is always training hard and constantly improving, trying to get work but if they don’t know how to audition well, work is probably going to be limited. I have gained more self-confidence and awareness for when I audition in [the] future – how to audition, what to focus and emphasise.”

He is bursting with excitement. “I am so utterly grateful for this opportunity to go to New York. It honestly still hasn’t even sunk in! I want to try and see as many shows as I can and just immerse myself in New York. I’m really looking forward to seeing Julliard. Julliard has to be every music students’ dream college, so I feel privileged to be receiving a private tour. Working with the mentors at the workshop was absolutely crazy, so I can’t wait to dance at Broadway Dance Center. I feel like I have so much to learn and simply cannot wait!” 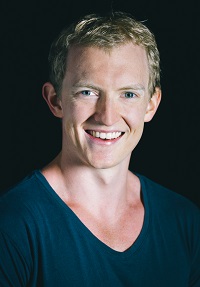 Zachary Denman, who won the professional prize, found On Broadway to be a unique experience. “What makes JOIP On Broadway an incredible workshop is that they get some of the best talent and training on Broadway and bring it to Australia to teach you how to tackle all the elements that make musical theatre uniquely beautiful; singing, acting and dance. Most workshops I have done only ever focus on one of these areas and if you are going to tackle the demanding art of musical theatre you need to focus on, not only training all the three areas, but also being able to utilize them simultaneously. You need to be able to throw you whole body into a high-energy dance number and then within seconds commit to an emotionally driven ballad. JOIP not only understands this but they get the training sent from the place that has mastered the craft, Broadway.”

Kyla Bartholomeusz of Victoria, who too won the professional prize, also relished the experience. “Walking into the studios on the day instantly gave me butterflies. I was standing in front of my idols! Everything the industry professionals said and did throughout the day was a reflection of their incredible resumes. Meeting, talking and listening to them was so inspiring as my dream is to one day be as incredible as they are. Hopefully I’ll have the chance to bump into the inspiring instructors again while I’m in New York. It has been my dream to visit New York since … actually…forever, and it is still so surreal for me to comprehend that I’m going to be there in a few months!”

These four excited dancers will be hitting New York in April, and Dance Informa will be there to follow their journey. Look out for updates in the following editions.

It’s rumoured that the next JOIP workshops may focus on London’s West End! Keep your eyes on www.joiponbroadway.com.