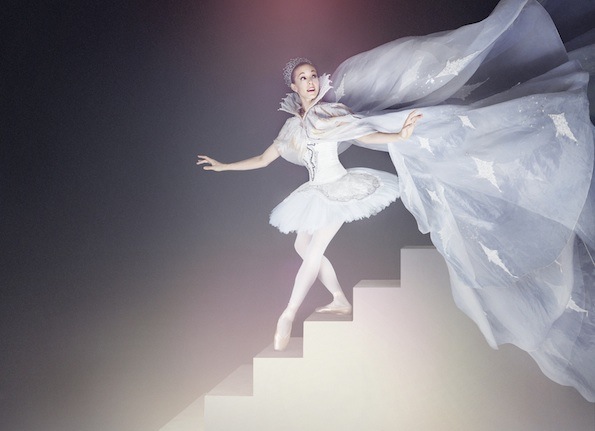 Russian-born, New York-based choreographer Alexei Ratmansky has been hard at work creating The Australian Ballet’s latest production, Cinderella, since July this year. Alongside renowned costume and set designer Jerome Kaplan, the duo has worked tirelessly to create a lavish interpretation of the classic story.

While we often hear of the countless hours put in by the dancers to perfect the performance prior to opening night, little is often said about the work involved with set design and costumes.

Here, Dance Informa discovers exactly how much work is required in creating a visually stunning production like Cinderella.

Jerome, how much time goes into producing costumes for a production such as Cinderella?

It’s difficult to say. Definitely months! It’s always a long journey to design a production such as Cinderella. I work in advance, nearly two years sometimes, and in four or five different countries at the same time.

What kind of work is involved in set design and the creation of costumes?

I always start with the sets, then propose my concept with sketches to the choreographer, then create a set-model clearly scaled and show it to him again. It’s like a Ping Pong game! I like the creativity of it. It’s always different with many surprises.

When the sets are clarified, I start the same process with the costume design. I draft sketches and photograph documentation first, then costume designs in black and white, then sampled and then coloured. It’s better to work step-by-step and give the necessary time to the choreographer for him to react and to give advice.

After this initial creative part, the workshops start to produce the sets and the costumes, which takes up to six months.

Can you tell us about the team behind the creation of such costumes? What is their previous experience and how many make up the group?

I believe there are approximately 25 to 35 people who worked on the realisation of the costumes during a minimum of three to four months: the tailors and the cutters, needlewomen, the milliners, two painters for the dyes and the patina. The list goes on!

Artists of The Australian Ballet in The Planets dance for ‘Cinderella.’ Photo by Jeff Busby.

Where have you looked for inspiration with this production?

I placed the ballet at the end of the 1940s, immediately after a war in an imaginary country in the Eastern bloc, which corresponds to the period of Prokofiev writing the score and also to the sadness of this music. I found that the music carried a strangeness corresponding well to the Surrealist movement; that’s why I referenced Salvador Dali’s shoe hat (designed for Elsa Schiaparelli), Mae West’s lips sofa, Man Ray’s metronomes and the bowler hat of Rene Magritte paintings. To push the Surrealist mood of the production, I placed Cinderella’s home in an old, abandoned theatre stage, as if this family was downgraded, in transit and had settled down temporarily in this unusual place.

What can the audience expect to see with the costumes? Do designs stay true to how they remember the story of Cinderella to be?

The idea is to present something that I think fits the music well, the choreography and the story of Cinderella. Also, I think it’s really important to try to refresh the classical ballet to give it a new dynamic, and to provide to a young audience and plenty of new fans. I simply try to offer a little piece of beauty to the public, to surprise them and to take them on a journey away from everyday life.

Cinderella moves on to Sydney, from 24 November. For bookings, visit australianballet.com.au or call 1300 369 741.