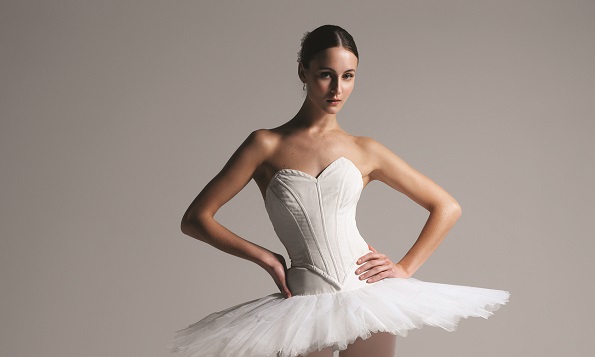 “I don’t think I ever felt like I’d be satisfied not fulfilling each and every moment and trying to work towards being better; I think it’s a mentality inbuilt in dancers,” says Olivia Bell. It’s a mindset that has certainly paid off for the ballerina, who has been at the top of her profession since being promoted to principal artist of The Australian Ballet in 2007. Now, having been with the company for 18 years, she has announced that she will retire, following her last show in Sydney on November 25.

It is with mixed emotions that Bell will take her final curtain call at the end of the La Sylphide season. “It doesn’t matter when it comes up for each individual,” she says, “it’s always a difficult decision to end something that you love and that has been your life, which it certainly has for me.”

Originally from Newcastle, Olivia won a scholarship to the prestigious Paris Opera Ballet School when she was 15. She joined The Australian Ballet in 1995, first performing in Anna Karenina. She progressed through the ranks of the company and danced many coveted leads before being promoted to principal artist in 2007. Olivia is praised for her versatility in conquering both the classics and contemporary works, and has always been a favourite with audiences. 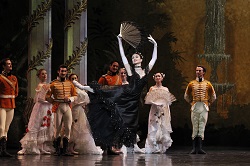 The Australian Ballet’s Olivia Bell in ‘The Merry Widow’ 2011. Photo by Jeff Busby.

With such an incredible career to date, it’s understandably difficult to pick just one highlight, but Olivia gives special mention to the leading men she has worked with, including Damien Welsh, Adam Bull, Robert Curran and Steven Heathcote. Being on stage with the latter, she says, has been like “a dream come true, every time it’s like magic.”

Those working relationships and friendships the ballerina has built over the years are one aspect of company life she will really miss; from her partners to ballet staff, directors and choreographers. But most of all, she’ll miss the performing bug. “It’s addictive,” she explains. “It gives you an incredible high and I think that will be hard to replace. It may not be replaced any time soon. That might just be something that just stays on the stage and stays in my career as a dancer.”

Olivia leaves the company in peak form. Despite her fair share of injuries – including several operations on her ankles – she is currently injury-free and feeling “pretty fantastic. My body’s pulling up really nicely after each performance and I’m being really kind to it. I think probably now I understand and listen to my body better than ever, and it’s at a stage where I’m finishing up dancing,” she says. “By the time you learn about your body, it’s almost too late. When you’re younger you think you’re invincible and you can just push and push and push, but there comes a time when you need to really listen to your body and maybe back off a bit. Injury is a big part of the career; it’s another aspect that you need to learn to manage.” 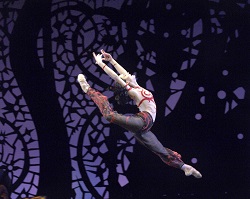 Artistic Director David McAllister says that Olivia will certainly be missed. “Since joining the company, Olivia has always been a dancer whose elegance and star quality has shone brightly, both on and off stage – a true ballerina. She has danced a huge range of repertoire from the great classics to works that have been created especially for her. We will miss her glamour and artistry but celebrate her wonderful career as she leaves us at the height of her powers.”

A mother of three, Olivia’s plans for the immediate future are to spend more time with her young family: “I feel like my children and my husband have been patiently waiting in the wings while I’ve had this wonderful career and it’s just time for us to have a bit more quality time together.” Beyond that, she has many things in the pipeline, mainly in the dance world – which is good news for dance fans.

“I’ve had a wonderful career,” she says. “I’m really grateful that I’ve had so much support from everyone in the company and obviously the audience and the supporters who have just been the reason that I do it. My career with The Australian Ballet has been a magical journey, highlighted by so many unforgettable performances and experiences that I will cherish forever.”