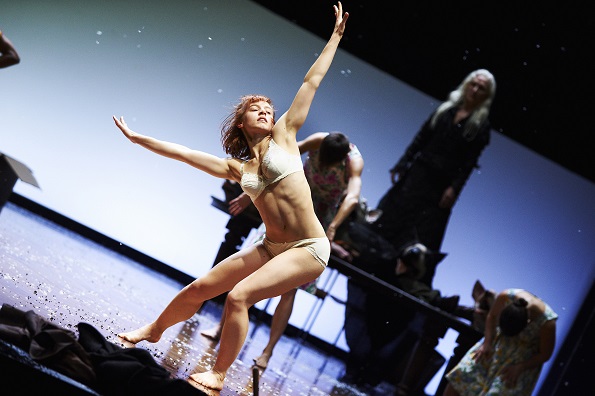 Contemporary dance and sacrificial slaughter aren’t regular bedfellows but when Stravinsky’s Rite Of Spring explodes onto the Australian stage this month blood will be spilled.

One hundred years ago the ballet still had the power to cause riots. Well, almost. When Diaghilev’s Ballets Russes first presented The Rite Of Spring, featuring choreography by Nijinsky and an arresting score by young Russian composer Igor Stravinsky, the well-dressed denizens of Paris were in collective, near riotous uproar.

When Irish company Fabulous Beast bring their centenary version of Rite to Melbourne this month it is unlikely to cause pandemonium; although according to choreographer Michael Keegan-Dolan there will be violence. “I think Stravinsky famously said that he was inspired by the violence of the ice cracking in the lakes of Russia that signalled the start of the spring,” says Keegan-Dolan by way of explanation.

However, this merely cracks the surface on Keegan-Dolan’s reinvented Rite. Indeed, as a contemporary choreographer he is entirely unique (in this writer’s experience) in so openly canvassing violence in his work. When brought to his attention, his response is one of surprise. “I’m amazed really because dancing is quite violent in a way,” he notes. “Y’know, it’s very punishing on the individual with its repetition. As a dancer you have to be very careful not to get caught up in violating yourself, or being violated by a choreographer. There’s a kind of erosion going on that can you mean you can’t really walk after ten years; that’s the kind of violence I mean.”

Whilst that is a fine point, dance insider’s observation, Keegan-Dolan is inspired to broaden the scope. “There’s violence and there’s violence; and I think that’s what’s great about the pagan manifesto,” he argues, referring to the pre-Christian ritual and sacrificial violence prominent in Rite Of Spring.  “There’s violence everywhere in nature, creatures born and dying all the time, and it’s great to embrace and accept that. But there’s another kind of violence that perhaps is a by-product of the way we commodify violence in the cinema. It’s like pornography. Y’know, you’re making money from the pornographic nature of violence, and that is to be avoided at all costs.” 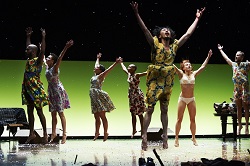 As a native of Eire born in 1969, (the year the so-called ‘troubles’ began), Michael Keegan-Dolan grew up in an atmosphere of sectarian conflict. “I reflect that maybe the cauldron of Northern Ireland affected me. I mean, I grew up in Dublin which is a hundred miles from Belfast and there was nobody shooting at me or threatening to blow me up but it was always in the papers. So maybe that’s all part of the mix for me.”

Although he has garnered a reputation for presenting works with ‘strong adult themes’, Keegan-Dolan feels that he has changed since he first famously mounted Rite Of Spring in London in 2009. “I’d just had a son born in 2009,” he recalls. “Now I’ve two children and I think my own mind has become more balanced. Leading up to the Rite Of Spring most of my work had quite a lot of violence; violent imagery or sexually violent imagery but I’m less keen now on sharing my love of that with the rest of the world. I kinda look at work I made before and go, ‘what was wrong with me?’ But like in a good way. Y’know, it’s kinda funny really.”

For someone who grew up in a country where some so-called Christians felt it was perfectly acceptable to murder other so-called Christians, the obviously pagan elements of Rite no doubt proved attractive subject matter. “Rite Of Spring is a sequence of tableaux and for Stravinsky, Nijinsky and [costume designer] Roerich those tableaux were in some way celebrating or connecting with what they imagined to be their ancient, ancestral past. Pre-Christian. Although they were all Russians and I’m Irish I enjoy getting on that same trip and connecting with pre-Christian imagery and ideas.”

In spite of its renowned sonic wildness, Rite is a notoriously technical piece of music. “When you start looking on the page and how it’s written it’s a fairly intellectual piece,” notes Michael Keegan-Dolan. “Stravinsky was young and he was showing off. He was showing the world he was a genius. So, rhythmically it’s pretty complicated and in order to dance to it you have to learn off those rhythms. You can’t just free flow through it. So yes, it’s wild but also deeply structured and formed.” 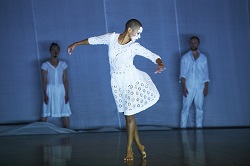 For a choreographer, Stravinsky’s obtuse and non-standard progressions certainly create their fair share of headaches. According to Keegan-Dolan, “Once you wrestle with these pieces it really does something for your musicality and your capacity to work with music. So really, nothing is daunting now.”

Aside from Rite, Fabulous Beast will also be reimagining Stravinsky’s 1911 piece Petrushka as part of their Australian season. Although entirely non-violent, it’s a typically challenging work. As Keegan-Dolan explains it, “I thought it was going to be easier musically because there’s big waves of joyous free flowing music but again, because it’s Stravinsky, it’s not simple. It was quite a job to make the dance to it.”

Fortunately for Keegan-Dolan the inherent difficulties of Stravinsky’s music were somewhat ameliorated by his experience of doing Rite in London in 2009. However, in 2013 he has dispensed with the orchestra and opted for the stark simplicity of two piano players, Serbian sisters Lidjia and Sanja Bizjak.

“Stravinsky made this arrangement for the four hands on one piano and, y’know, it has Stravinsky all over it,” he explains. “You can do Rite Of Spring with two hundred players in the pit or you can do it with two players at a piano; and it’s the things you don’t hear, I think, that give you this very direct connection to him. You can almost see him sitting there composing the piece at a piano in his little room.”

Keegan-Dolan’s Rite/Petrushka double bill could well serve to remind us that art, and dance in particular, once mattered enough to outrage and astound us, rather than simply entertain. And yes, there is a difference.