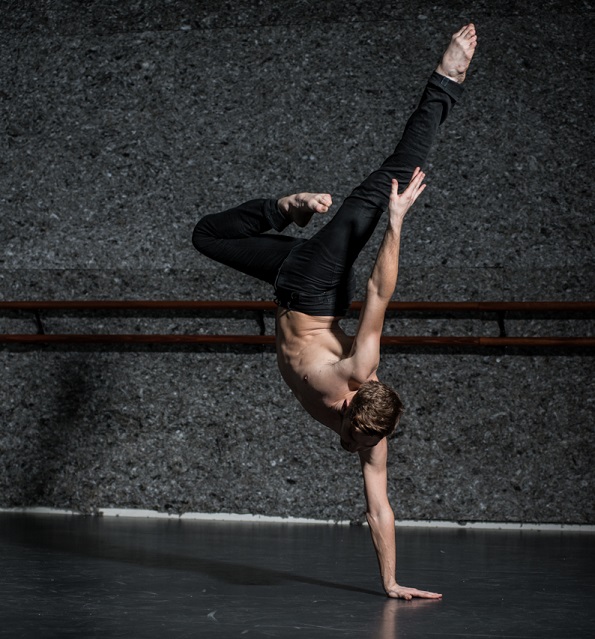 So, after months of preparation and practice and several rounds of gruelling auditions, you’ve scored a contract with a big budget stage show! Yes, it’s a dream come true, but the real challenge is just beginning. Life on the road can mean long hours, intensely physical and emotional work, and performing the same show night after night for months – or even years. How will you keep up your energy and enthusiasm?

Show contracts are usually anywhere between six months and two years long, with varying amounts of time off in between lengthier contracts. You’ll likely be performing eight shows every week, with only one day off each week. Besides the show itself, which will often be at least two hours long and extremely physical, you’ll be required to rehearse, take classes and stay in condition with complementary exercise.

So You Think You Can Dance winner Jack Chambers is no stranger to the demands of an intensely physical show. He was a dancer with Jason Gilkison’s Burn the Floor. “The most challenging aspect of the show is keeping our bodies in tact,” says Jack. “Doing such a physical show eight times a week can definitely bring on some injuries, so it’s very important that we warm-up properly and cool down after each show.”

A typical day at Burn The Floor involves arriving at the theatre a few hours before each show to go through a cardio, stretch and core strength session, followed by technique class with Jason Gilkison. “Eating and sleeping properly are vital,” says Jack. “I personally have a very fast metabolism, so I must always have my three meals a day with mini meals in between, otherwise I would fade away to nothing, because of how much energy I exert each show.”

Another artist who is more than qualified to speak on this subject is Adrian Ricks, who performed with Cats for eight years running. Adrian says that Cats is one of the most physically demanding shows out there, but that he was very fortunate to have been looked after so well on tour. “We had nutritionists come in and talk to us,” he explains. “We learnt Pilates, Tai Chi and different dance methods such as Horton, and there was also a physiotherapist that toured with us.”

Adrian stuck to a regimented eating plan during the show; a big meal of protein and carbs before heading to the theatre; a snack of sushi, fruit or nuts after warm-up; a protein shake and fruit at interval and another shake post-show. “Keeping hydrated was one of the hardest things, as we were sweating so much,” he says. He kept his fluids up by sipping water and a sports drink during the show and 1.5 litres of water before bed.

And what about the psychological side? How do you manage to stay inspired when you are performing the same show every night? Well, it might not be as hard as you might think, especially if you love the show you are doing. In Burn the Floor, the dancers play and interact with each other on stage a lot. “Somehow you manage to connect with someone different each night,” says Jack. “This helps with the fun factor and when you’re having fun there is no need to find inspiration.”

If you do find yourself in need of some inspiration however, find the most positive aspects you can focus on, such as developing the role you are playing. This is exactly what Adrian did to stay inspired during his eight-year run. “These privileges for a performer were why I loved staying with the show for so long,” he says. “As I grew as a performer and a dancer, so could my solo and my whole show.” How far can you extend your character and the choreography? It’s not advisable to make any changes without consulting your director, but strengthening your relationship with your character will keep you inspired, which will keep the show feeling fresh and exciting for both yourself and your audience.

Having an even balance of work, rest and play is crucial. Your days off will probably be filled with mundane tasks such as laundry, cleaning and grocery shopping, but try to schedule some time to chill out and do some things you enjoy outside of dance. Treat yourself to a massage or a movie with friends, or just curl up with a book or catch up on your favourite TV shows. Stay in touch with your loved ones back home and try and take some time away from your workmates when you can. As Adrian says, “Having your own time and doing little things that just make you happy help you keep sane and positive.”

Being in a professional show is no easy ride – but if that’s what you wanted you wouldn’t be a dancer, right? You’ll make lifelong friends and you’ll grow as an artist and a person every day.

It can be one of the most challenging and fulfilling times of your life if you have the right attitude, so make the most of every day.

Adrian is now a freelance teacher, choreographer and director based in Melbourne. He has formed his own company RickStix Productions. Adrian’s dream is for RickStix to become a full-time institution, and thanks to the depth of his passion and dedication, that dream could come true in the not-too-distant future.

After his contract recently came to an end with Burn the Floor, Jack worked on the audition process for the Broadway musical Newsies, having been asked by Disney’s Associate Choreographer Geoffrey Garratt to assist at the dance auditions for the West End run. He is now back in Australia with some exciting projects in the pipeline. When asked where he’d like to be in five years, Jack replies: “It’s not a matter of ‘where’ for me, I just want to be happy and healthy enough to keep doing what I love: performing.”