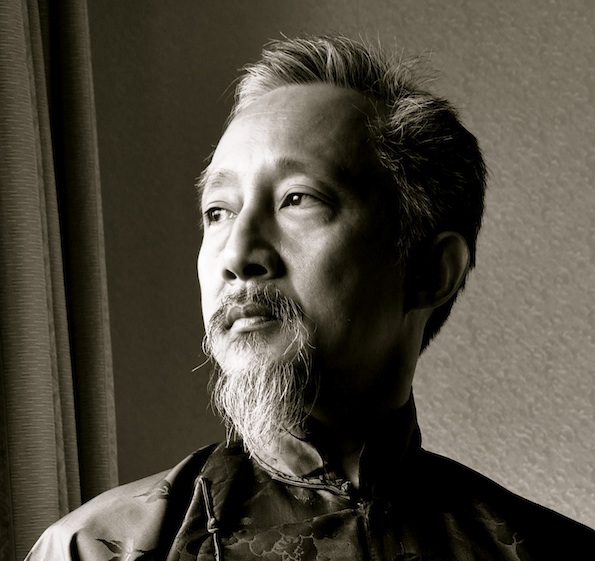 You couldn’t plan a life like Xiao Xiong Zhang’s. It makes you wonder how they’re going to make a dance out of it.

There are some things that jump the fences. Things that bring us together. These are the things we celebrate in art: love, beauty, ordeal, triumph. However, for a man like Xiao Xiong Zhang, whose life has traversed language, oceans and inspirations, connection through creativity is almost par for the course.

“Art is a very good bridge to let people understand each other, see one another,” Zhang says simply. “In fact, I can’t find a better way to let different cultures meet and understand each other. We need cultural contact. It’s a skill that we have to develop, especially now that everything is so open with travel and the Internet. That’s why this festival is so important.”

The festival of which he speaks is Adelaide’s annual celebration of Australasian artistic collaboration, the OzAsia Festival. The specific show in question is Not According To Plan, in which the famed Leigh Warren and Dancers explore and celebrate Zhang’s quite extraordinary life story.

Zhang’s journey to dance was certainly one of the more circuitous and unusual. Born in Cambodia, his parents sent him to Hangzhou in China to study when he was 13 years old. He stayed in China, taking up dance in high school and being cared for by his teachers for 12 years until he was reunited with his parents in a refugee camp in Hong Kong. Shortly thereafter he moved to Australia with his parents, settling in Adelaide where, at the age of 25, a chance encounter at a Chinese dance class was to change his life.

Xiao Xiong Zhang in ‘Lament of the Exile.’ Photo by Jesse Clockwork.

“One day an old lady came to me and said, ‘You have such a beautiful body, you should be a dancer’ and I said, ‘Well, I’m too old’ and she just laughed. It turns out that old lady was Elizabeth Dalman, founder of the Australian Dance Theatre.”

Three years later, Xiao Xiong Zhang joined ADT where he worked with the company’s then director Leigh Warren. “I think dance helped me to find a way to express myself because I was born as a premature baby and I was very late to start talking,” he recalls. “Also, in my childhood I kept moving from one country to another and changing languages. So all these things made me quiet. It was not easy to express myself. I think dance was a kind of gift for me to find a key to open myself a little bit.”

The fact that Zhang has worked as a dancer, choreographer, writer, photographer, designer, calligrapher and history professor is surely a testament to the idea that links sometimes exist where they may appear not to. Then again, Zhang has had plenty of practise dealing with different worlds.

When he arrived in Adelaide in 1983, however, he was too busy adapting to another country to bother with the more refined nuances of cross-cultural experience. “You don’t think about it,” he explains, downplaying it. “You just live it; until one day someone says something and you think, ‘Oh yes, this is my life, whether I like it or not.’ It’s as if something is planned for you, not you planning something.”

Remembering the country he settled in 30 years ago, he says, “There is no perfect society in the world but for me Australia was very open and generous; and that’s why a lot of Indo-China refugees ended up in Australia, including my family.”

As someone who spent his formative years surrounded by the turmoil and politics of the Vietnam War and the Cultural Revolution, the West offered a kind of refuge; perhaps even an escape from the more formal strictures of traditional Chinese mores. “The space and the freedom made me think about my own culture. In the first years I kept asking myself, ‘Now that you have the freedom and the space, what are you gonna do?’”

If indeed art is the outcrop of culture, then it is perhaps not surprising that culture sits at the heart of art. “Actually I never thought about it,” Zhang confesses with a smile in his voice. “I just kept finding ways to express myself fully, especially during the first few years in Australia when I was busy catching up on language skills. Also, I learned to study things other than culture and art. That’s why I did history; because it was forbidden in my country during the 1970s.”

Leigh Warren and Dancers present ‘Not According to Plan’.

According to Zhang the key words here are “express” and “myself.” “Sometimes there was a lot of conflict with my own culture, so I was often thinking, ‘How am I going to find a way to find my own thought?’ So, I stopped writing Chinese for 10 years and also observed my Chinese thinking, because although I was born in Cambodia, I was raised in China during the Cultural Revolution and all those thoughts were still so strongly in my system, no matter whether I liked it or I hated it.”

The twists and turns of Zhang’s life will certainly represent a challenge for Leigh Warren and Dancers. It’s rich, complex material imbued with social, political and historical subtext. In keeping with the spirit of that journey, Not According To Plan draws from diversity, bringing dance, design and poetry together. Alongside Zhang on stage will be two of his students from Taiwan, LWD founding member Aidan Munn and company newcomer Bec Jones. With a creative team that includes furniture designer Khai Liew, poet Jerome Kugan and Barrio producer Geoff Cobham, the work seeks to capture some of the incredible, multi-arts, multi-cultural passion that has fuelled Zhang’s life.

Sometimes the dance is more than a dance. Sometimes it’s someone’s life.

For more information on the OzAsia Festival or Not According To Plan, visit www.ozasiafestival.com.au.