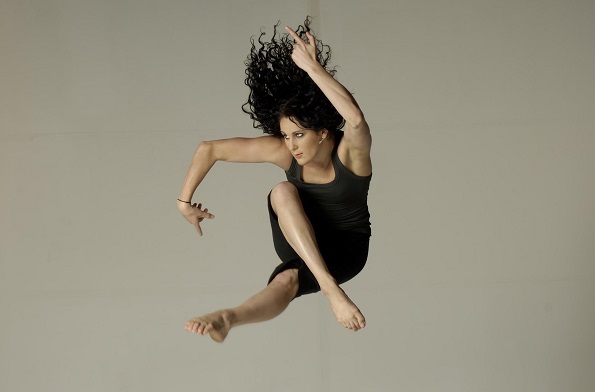 The first part of this article covered the meaning of creativity and how we can encourage it. This section addresses the creative process, giving tips on how to begin a new dance work from successful choreographers Larissa McGowan, Felecia Hick, Billie Cook and Carol Wellman Kelly. May these ideas help you to start your new dance work, or whatever project you may be embarking on, and take the fear out of that first step.

It seems like a contradiction to talk about a creative process doesn’t it? Since creativity is about doing something new, yet following a set process is repeating something done before. But this is only the case if one considers creativity as some kind of a capricious entity that graces us with its presence only when it feels like it. Instead, creativity is something that can be deliberately channelled – if you trust that it will arrive, if you give it a space to fill, if you look at it from every angle you can find, if you allow your ideas to be shaped by the input of others.

It seems obvious that one must make a start at some point, but the importance of being willing to make a start cannot be overlooked. Twyla Tharp’s book The Creative Habit: learn it and use it for life begins with the phrase “I walk into a white room …” to describe the moment of potential when one begins the creative process, when the slate is blank, which can be so terrifying that you stop there.

Enjoy the freedom of an unset outcome, but determine what you want to investigate

I can understand this moment of terror. I’ve faced it myself many times. The way Larissa McGowan describes it provides reassurance though. Larissa says she doesn’t necessarily go into the studio with a clear idea of what the dance work will look like, but she does have a clear idea of what she wants to investigate.

Carol Wellman Kelly relishes the freedom of an unset outcome. She resists the need to have “set in stone” goals because so frequently in her development as a person or artist she has gone to places she would never have thought of if it had been planned. She prefers to let things unfold and take as much notice of spontaneous thoughts as they arise.

Viewing the beginning of creating this way takes the pressure off. As long as you have some kind of idea of what you’d like to explore, you don’t need to worry about what you will find. The discovery can’t be pre-planned. It’s a liberating notion. As Lehrer describes in his book Imagine: the science of creativity, the results of creativity often seem entirely logical in hindsight, but could not have been discovered through logic.

But how do you know what to explore? It seems that the creative process begins well before that first moment in the studio.

While Carol enjoys following her instinct during the creative process, she also recognises the importance of having some kind of framework or structure, so her creativity is focussed and the possibilities are not too broad. The frame or structure creates a safer space in which to create. Each of the choreographers I interviewed do seem to have a structure or process they follow, that gives sufficient direction yet leaves plenty of space for the dance to emerge.

When Felecia Hick has a new thought or idea for a dance work, she begins exploring around that seed or core idea. She bounces the idea around with close friends and also starts researching, often sitting at her computer late into the night exploring and following the thread of the idea on the internet, looking for text and images that fire off a new idea in her mind.

Billie Cook likes to make a ritual out of the beginning of the creative process. For each new project she buys a big book (at least A4) with blank pages – no lines. She might cover the book as part of the ritual. Once the project is complete, it goes on a shelf with books from earlier projects, so she can refer back to it. On these blank pages, Billie begins to give shape to her ideas. She writes down words, draws shapes, sticks things in and uses lots of coloured pens and highlighters. She adds to the book spontaneously when a thought or image arrives, and also sets aside specific time to brainstorm everything relating to the project – people, structure, artists and more. The book is about getting the creative juices flowing – a portal for everything to flow.

Carol speaks about streaming in her creative process – just letting her thoughts wander down the page or writing whatever comes to her, brainstorming with other people, throwing around ideas, and, like Billie, liberal use of coloured textas and crayons.

All four choreographers spoke about the importance of time alone (dreaming, researching, writing, drawing) and talking to others, including chatting with friends and colleagues, as well as talking with the dancers and artistic collaborators who will co-create the new dance work.

The collaboration stage is vital to the creative process for dance. It is rare that a dance work can be created without the involvement of other dancers, lighting and costume designers or musicians.

Billie Cook says communication is key, as is the ability to create a sense of mutual ownership with dancers and other artists involved. She sees herself as a facilitator using her intuition to see what tiny little snippet someone might give her that could influence the work so they have an avenue to be their best.

Felecia also stresses the importance of discussion with her dancers. She rarely goes into the studio with preset movement phrases. She begins with questions that she wants to ask the dancers. They come up with answers, and she keeps asking questions. From there, they start creating phrases together, and the work begins to take shape.