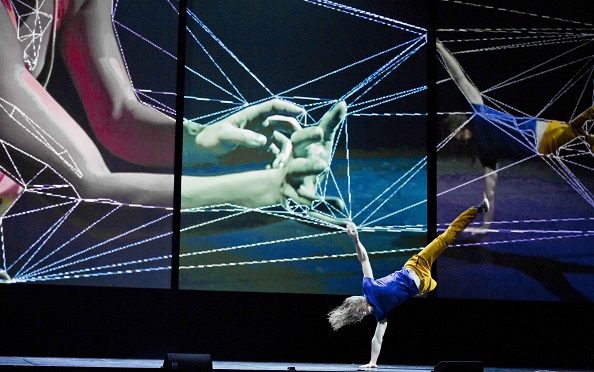 It was a rare treat to see Australian Dance Theatre perform at the Playhouse. We really need to get them to Melbourne more often!

Artistic Director Garry Stewart’s 2012 work Proximity investigates similar themes to earlier creations Worldhood (2011) and Be Your Self (2010). That is, the nature and the structure of selfhood, both in a philosophical sense, and from a scientific viewpoint.

Stewart is well known for his collaborations with leaders in other artistic fields. For Proximity, he worked with French video artist and engineer Thomas Pachoud, who helped explore themes of the self via live video manipulation. 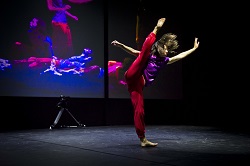 From a technological point of view, this work is amazing. The dancers engage with the cameras – and the screen the video plays on – in various ways, and the resulting imagery and ideas are beautiful and often mind-blowing.

Garry Stewart is so thoughtful in his work. He is a great researcher and an innovator, and his creations speak volumes. In a sense, Proximity lacks some of the diversity of Be Your Self; it seems to remain at one level – energetically – throughout, but in saying that it had me engaged from start to finish.

The performers themselves, well, they are practically superhuman, seemingly capable of anything. Strong, agile, ferociously fit and gorgeous to watch, the ADT dancers are true artists. May they return to Melbourne soon.