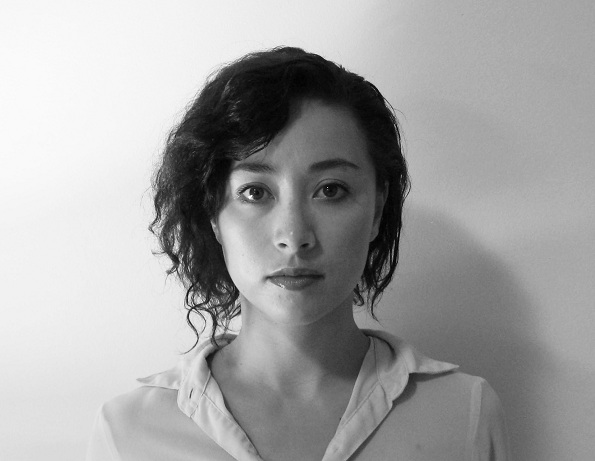 With an enviable career, Kristina Chan is one of Australia’s foremost independent dance artists. Having worked with so many of Australia’s most influential contemporary and classical companies and choreographers, Kristina won the Australian Dance Award for  Outstanding Female Dancer in 2009 for her work in Tanja Liedtke’s Construct. She has taught in many dance companies, universities, dance institutions and the like and is an artist to watch, and be inspired by.  Even after many years of a full career, Kristina is still at her peak as a dancer and collaborator, seemingly going from strength to strength with each project.

Dance Informa’s Linda Badger had the opportunity to ask her a few questions about her work and career.

You began serious dance study with full-time classical ballet. Was that the path you thought you wanted to take?

I started ballet at the age of three and then did a full-time classical ballet course in 1994 and 1995. I thought that I wanted to pursue classical ballet, but halfway into the course I discovered contemporary dance and found that it was more suited to me. I found it much more inspiring and engaging.

What have been the formative moments in your career?

Getting my first professional job with Australian Dance Theatre in 1999 probably kicked me into gear and was a big learning curve for me at the age of 19.

Working with Tanja Liedtke – her dedication and vigour was admirable and inspiring. I learnt a lot from working with her. (Kristina was one of the key dancers in Liedtke’s creative team, working closely with her as a dancer and a collaborator on both of Liedtke’s full length productions, Twelfth Floor and Construct.)

There have been many formative moments and hopefully more to come.

Where are you currently based and what are you working on?

I’m based in Sydney, however work takes me all over the place. I am currently in Singapore Airport waiting to board my flight to Budapest where I will be touring with Chunky Move.

Kristina Chan performs in ‘In Glass’ at Spring Dance 2010. Photo by Ian Bird.

What is the most interesting work you have been involved in?

Because I freelance, my work is constantly shifting with each project I am involved in – that is the most interesting part.

What has been the biggest challenge in your career?

Performing at Tanja Liedtke’s funeral tribute. That was difficult, strange and surreal.

How do you prepare for a role?

With each role comes different preparation. I may work on a piece for several months, researching and creating material for a role. Other times I have to jump into an existing work with only a week to learn and hopefully develop my own feel for it.  It’s a completely different process, but I try my best to give as much as I can to the process so that I can perform it well and not just dance the steps.

What are your influences?

Visual art, movies, music, nature, peers – everything in your life influences you in some way or another.

You have such a captivating stage presence, how have you developed this?
I really am interested in exploring how movement is executed, with less emphasis on what the moves are.  Dance as an experience for both myself as the performer and hopefully, you as the audience.

How do you overcome disappointment in your career?

Put the past behind you… And what could be that disappointing when you have a career in what you love to do?

What is your favourite and least favourite type of choreographic process?
Least favourite would have to be a process in which the choreographer would give me all the choreographic material, it’s quite an old school method of making dance work. I much prefer to be in a collaborative process where the performers are included in the making of the work and get to contribute their own creative ideas. In saying that, I have worked with directors that ask you to create basically everything and don’t seem to contribute much themselves. A balance is ideal.

You created a piece for the IO Myers Studio which was shown at Spring Dance festival this year. Are you moving into choreography as a next step in your career, or was that just something you decided to do for that particular show?

Choreography is definitely a progression in my career but I am by no means labeling myself as a choreographer, not for now anyway. I am still very interested in performing in other peoples’ work. I am looking to find a mix of the two.

Would you ever create a full-length work? What would it be about?

I recently made my first full length work, Kingdom Mourning, on the third year students at Adelaide College of the Arts. In the work I looked at the relationship between an abstract world and it’s inhabitants, the community within it, both as a group/pack and the individuality within the group.

If you could dance with any company, which would it be?

I am very happy freelancing.