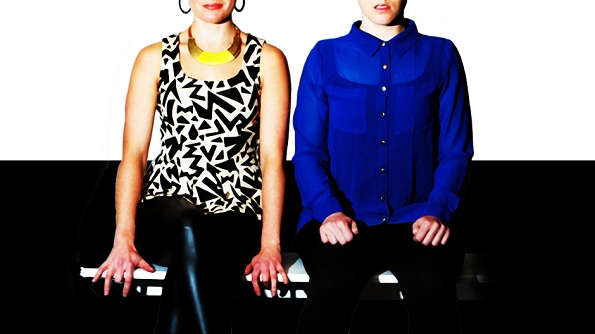 Pure entertainment, from start to finish, this home grown Australian two hander play was a complete hit.  It was set in the office of ‘Ms Asquith’, a socialite, fashionista and high flying business woman who was without a social engagement this particular Friday evening.  When many people would find themselves out at Friday night drinks, forgetting the week, ‘Ms Asquith’ and ‘Miss Riverton’ (secretary and aspiring assistant) found themselves hanging out in the office, and the interaction that pursued was, to say the least, interesting.

In a play of power, we were led to believe that the employer should lead the conversation and be the one in control.  However, as conversation ensued, and the wait for take-away became lengthy, the tide turned.  ‘Miss Riverton’ unfolded her dreams and aspirations, from her humble upbringing in outback Wagga, to her rather twisted and dark desire for fame. She shared how she planned to gain fame. When for most of us this would mean learning a talent and pursuing some kind of glittering dream, this Wagga Wagga native, who realised at a young age that she had no such talent, decided she’d become infamous by going on a killing spree. The play went on and the tides of power turned.

Now, it seems like this would be a serious play.  However, this was a seriously entertaining, and hilariously quirky show.  Very physical in its approach, the entertaining script was complimented and enhanced by its physicality.  Whilst delivering perfectly timed lines, without missing a beat, the two characters climbed on the set, hung themselves upside down, rearranged the furniture and used it as a fellow player in the show, as if the set was the third actor.

A show like this was inspiring for a dancer, helping me to gain insight into natural movement delivery with a sense of ease and grace.   Brilliantly directed by Naomi Stewart, actors Hayley McQueen and Sarah Farmer had fantastic chemistry – it was a perfectly cast show.  The pair convincingly had you believe that their actions were just a natural part of an everyday conversation, as if climbing up the walls and over the wine cabinet is what we all do to express a point. Hilarious!  Their unique and quirky approach was thoroughly entertaining.

The Way of all Fish was short and sweet, but quite unforgettable.  If you get the chance to see this team in action, do not miss them.