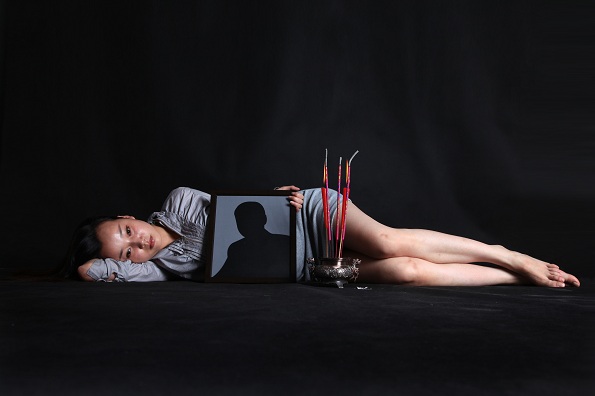 Fault Lines is an international collaboration between two nations who have experienced the devastation, loss, and ongoing after effects of an earthquake. New Zealand choreographer and the director of Fault Lines, Sara Brodie, has produced an emotive dance piece based on the 2008 earthquake in China’s Sichuan province.  China’s Leshan Song and Dance Troupe brought Sara’s vision to the stage with grace and a compellingly expressive performance.

Fault Lines demonstrated the impact of a natural disaster on the human race, both individually, and as a community.  At the beginning of Fault Lines, the dancers were walking briskly around the stage totally immersed in their phones and the technological world. Each was rushing around in order to attend to daily tasks, all the while completely detached from those around them. In a few short seconds, the lives of these people were changed forever.

The earthquake hit with intensity, and inflicted fear, trauma, and not only the loss of loved ones, but the loss of inner peace.  The choreography and the dancers took the audience on the roller coaster journey that followed this event.

Rest seemed impossible in the weeks and months that followed, with every sound and vibration striking fear into all those desperately seeking peace. The aftershocks from this earthquake were still being felt three and a half years later. From sadness and anger, to the strength and camaraderie that is born out of tragedy, this dance piece had me wiping tears from my cheeks. When I read that most of the dancers had personally experienced the earthquake, I felt privileged to be part of the audience, and honoured to see dancers who were able to re-live such a tragedy through their art.  Not only was this piece inspired by the China earthquake of 2008, but also the 2011 earthquake that hit Christchurch, on New Zealand’s South Island. This performance demonstrated sensitivity to those who lived through the horror that was so remarkably depicted on the stage.

By the end of the performance, modern day China with all its available technology, had given way to the inner peace and calm that can be discovered through the more traditional Chinese martial art, Tai Chi. The dancers moved with such grace and ease, it was as though they were weightless. This is a must see performance. It is not only an example of the aptitude of Sara Brodie, her team and the dancers, but an opportunity to witness the impact of a devastating earthquake told by those who have experienced it first hand; an event that to this day affects the lives of thousands.