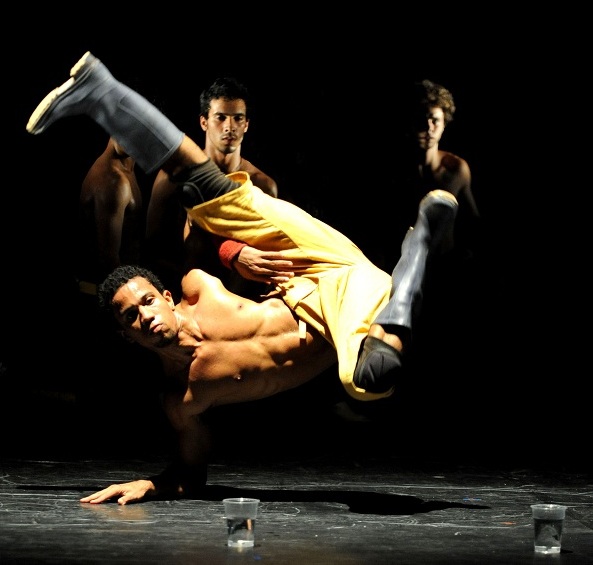 Brimming with energy, and with an international flavour, the two week festival will be a celebration of movement, infused with Rafael’s spirit and his passion for dance. The festival, which will take over Sydney Opera House’s Western Foyers, includes an evening of four world premieres, three Australian premieres and offers up an assortment of dance and music styles to Spring Dance audiences.

Running from 20 August – 2 September, this year’s festival will get off to a sizzlingly sensual start when Sydney Opera House welcomes back Sidi Larbi Cherkaoui. He will perform on stage for the first Australian presentation of Dunas, created and choreographed with renowned flamenco dancer María Pagés who will perform in Australia for the first time.

The French choreographer Mourad Merzouki and his troupe of 11 dancers from the favelas of Rio de Janeiro will take Sydney by storm with their energetic fusion of hip hop, capoeira and samba with their double bill Agwa and Correria. By contrast, Beijing’s TAO Dance Theatre will also make their Australian debut, presenting the elegantly pared-back dances Weight x 3 and 2, set against the music of legendary minimalist composer Steve Reich.

Sydney Opera House and Sydney Dance Company will shine a light on female choreography with the world premiere of Contemporary Women – a series of four innovative works created by female Australian choreographers and performed by Sydney Dance Company’s dancers. The pieces, currently in development, will be further illustrated by a specially commissioned film and photography exhibition in the Western Foyers by Peter Greig.

Also celebrating home-grown talent will be Clouds Above Berlin choreographed and performed by Antony Hamilton and Melanie Lane; and iOU dance solo series which will showcase the best of Sydney’s independent dance scene.

Spring Dance curator Rafael Bonachela said, “From the intellectual and innovative to the joyous and lyrical, there will be so much on offer at this year’s Spring Dance. For dance aficionados there will be some beautiful yet rigorous work presented by some truly inspirational artists. And for those people walking the streets of Sydney who don’t yet know that they love contemporary dance – we’re going to find them and welcome them to our community of dance lovers!”

Executive Producer Jonathan Bielski added, “We invited Rafael to lead Spring Dance not just because he is an artist of international acclaim, which he is, or because he is the most charming man in Sydney, which he most certainly is, but because he is a gifted programmer of other artists’ work and this talent is rare.”

Spring Dance will be accompanied by a series of on-site events including post show Q&As and artist-led masterclasses. The Australian Ballet’s Artistic Director David McAllister will lead a free outdoor ballet class and there will be a free jazz class taught by Rafael Bonachela and Ramon Doringo.

For the first time, the festival will be documented by a photographer in residence, Justin Ridler – keep an eye on the Spring Dance blog to stay up to date with his behind the scenes images.

There will be a one-off free film screening of Rudolf Nureyev and Robert Helpmann’s 1973 performance of Don Quixote for The Australian Ballet, introduced by David McAllister, offering a rare opportunity to revisit the first official public performance in the Sydney Opera House Opera Theatre.

The documentary film Never Stand Still, made at the Jacob’s Pillow festival in Massachusetts, will be screened at the Drama Theatre, offering an insightful glimpse into the world of dancers and choreographers. Tickets are $15.

Tickets for Spring Dance performances are only $35 and can be purchased via sydneyoperahouse.com or by phone on 02 9250 7777.