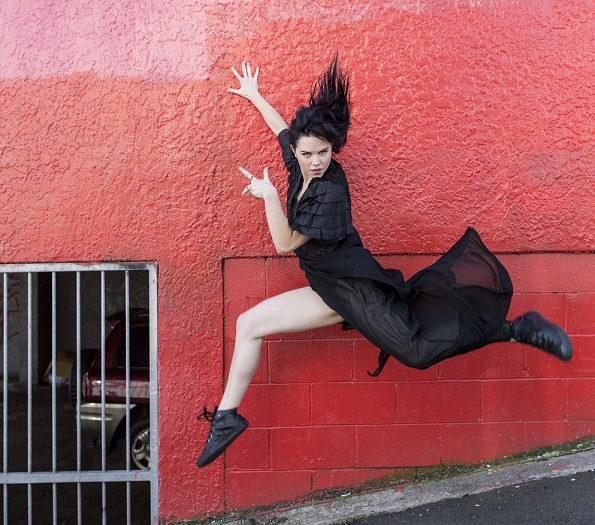 Across the Tasman, a dedicated team of artists has been working tirelessly to create a new dance company, The New Zealand Dance Company, to be exact.

Heading the charge is Shona McCullagh, who has been an integral part of the New Zealand dance scene for many years. A graduate of the New Zealand School of Dance and a former member of Limbs Dance Company, she became a New Zealand Arts Foundation Laureate in 2002, and received a Senior Choreographic Fellowship from Creative New Zealand in 2007. Besides her many creations for various distinguished dance companies, she has made work for theatre, television and film, as well as for the opening and closing ceremonies of the 2011 Rugby World Cup.

Now Executive/Artistic Director of the New Zealand Dance Company, McCullagh, along with General Manager Frances Turner, has relished the seemingly mountainous self-imposed challenge. And with the official media launch of the new Company taking place recently, the summit is in sight.

McCullagh notes that although the dance landscape in New Zealand “has always been rich, [it has been] operating in a predominantly project-to-project based paradigm for a long time.” This means of course, that most of the highly skilled and creative talent being produced in New Zealand every year is being forced to fly the coop.

The truth is that since the demise of Limbs in 1989, there have been no full-time contracts available to contemporary dancers in New Zealand. Remedying that is the Company’s ultimate aim – an aim McCullagh says it will take about three years to reach. She envisions for the Company “a beautiful home in Auckland [with] a core of eight full-time dancers and a dynamic infrastructure.”

Despite the “relentless nature” of the huge task they have undertaken, McCullagh and Turner have met with massive support from many arts and business individuals, companies and communities. Creative New Zealand is the core funder of the new venture, and Westpac has come on board for an initial three year contract. Leading performing arts venue The Edge has been one of the Company’s “most significant supporters”. McCullagh also credits Designworks for the crucial task of brand development, Auckland City for additional funding, and Dance Aotearoa New Zealand (DANZ) for mentoring support.

The New Zealand Dance Company will officially leap into the spotlight in August, with its inaugural season at the ASB Theatre at The Edge in Auckland. Titled Language of Living, the programme will comprise five works commissioned specifically for this debut appearance. The choreographers on the bill include New Zealand icon Michael Parmenter alongside Justin Haiu, Sarah Foster-Sproull and McCullagh herself.

With the season encompassing the idea that dance is “the most beautifully truthful language of living,” McCullagh describes the programme as a mix of “earthy, funny, brave and beautiful.”

“One of the works is a solo created for one of our global super-stars Ursula Robb, who has returned to NZ from a stellar career in Europe,” the Artistic Director explains. “Justin Haiu, of So You Think You Can Dance fame, has created a great solo with live music by South Auckland group The Electric Boutique, and the other works on the programme are group pieces with fantastic music, a stunning set, new technology and contemporary costume. Deliciously compelling!”

She adds proudly that all dancers and choreographers are born-and-bred Kiwis (with the exception of Leonhartsberger – who has lived in New Zealand for several years).

“We produce magnificent dancers here and have exciting choreographic talent,” McCullagh explains. “We need to be offering choreographers the opportunity to develop their craft in a more stable environment and beautiful dancers the chance to have a full-time profession.”

Another exciting initiative of the New Zealand Dance Company is the Youth Engagement Programme (YEP), which provides workshop and performance opportunities to young dance enthusiasts. This programme is part of the Company’s overall aim, which involves removing the “barriers and complexity” surrounding contemporary dance, to change the way New Zealanders see and experience the artform.

“The New Zealand Dance Company is a safe place for artists and audiences to be brave,” says McCullagh, “in essence creating a new connection to what dance is and can be.”

Language of Living opens on August 10 at the ASB Theatre, Aotea Centre, Auckland.
For more information, go to www.the-edge.co.nz/Event-Pages/L/Language-of-Living.aspx