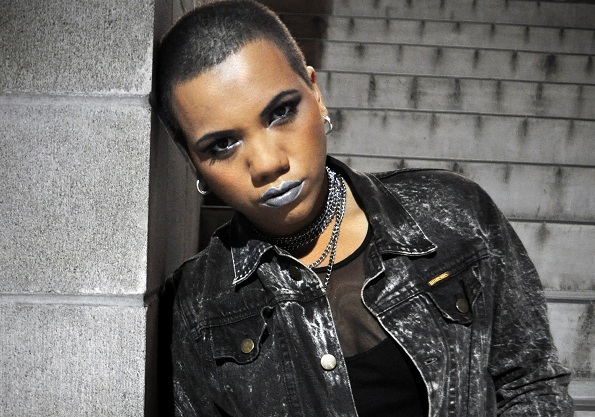 If Parris Goebel has been making waves in the international hip hop scene for the past few years, she’s just caused a tsunami. The 20 year-old Samoan-Kiwi was recently announced as a choreographer for Jennifer Lopez’ first world tour.

It’s a dream come true for the South Auckland dancer and choreographer, but she is no overnight success. Parris formed her own, all-female crew ‘ReQuest’ in 2007, and has been working hard to push the boundaries in her field. In conjunction with her father and manager, Brett Goebel, Parris runs The Palace, a dance studio in Auckland which is dedicated entirely to teaching the art of hip hop.

At last year’s Hip Hop International’s World Dance Championships in Las Vegas, The Palace cleaned up. Crews choreographed by Parris took home two gold medals and one silver – out of four categories. The previous two years, ReQuest had won the gold. In 2010, they were the first group ever outside North America to be selected for Season 6 of Randy Jackson’s America’s Best Dance Crew, triumphing over 400 crews in the auditions before making it all the way to the finals. More recently, Parris was crowned Female Choreographer of the Year at the 2012 Industry World of Dance Awards.

And now, at the time of writing, she is in Los Angeles, working with three other acclaimed choreographers on a stage show that will be seen by much of the world. American Idol judge Lopez has paired up with Enrique Iglesias for the two-month tour, which begins in July and covers South America, Europe, Asia and the States. It was reportedly J-Lo’s boyfriend – ex-back up dancer and now lead choreographer Casper Smart – who suggested Parris for the role.

So what’s it like to work with one of the biggest names in pop music? According to Parris, Lopez is “a very positive and genuine person. She is passionate about her work and wants the world to feel emotion through her music.”

In the recent American Idol finals, Lopez hit the stage with ReQuest to perform Parris’ signature ‘Polyswagg’. Parris describes the style as “combining sassy woman fire with aggressive inner strength. The grooves, heavy hits and milky flow are unique and will leave you inspired!”

Her recent successes have catapulted Parris onto the international stage, and her goal to be one of the world’s leading choreographers could be well within reach. As her father says, it’s “no longer a long term goal, [it will] pretty much happen in the next year.”

That family support, coupled with pure passion and dedication, have brought the choreographer this far. Her dancing journey began at age three with jazz classes, and although she now also enjoys contemporary dance, it’s hip hop that has her heart. “I have loved it since I was young,” she says. “It calls you and has so many ways to express yourself. It’s raw and from the street. You can do it if you are short, tall, big or small, boy or girl.”

To have achieved so much at such a young age is truly an inspiration. So what’s her secret? “Believe in yourself, chase you dreams”, Parris says. “Make sure you have only positive people around you. Anything is possible. Crowns up!”