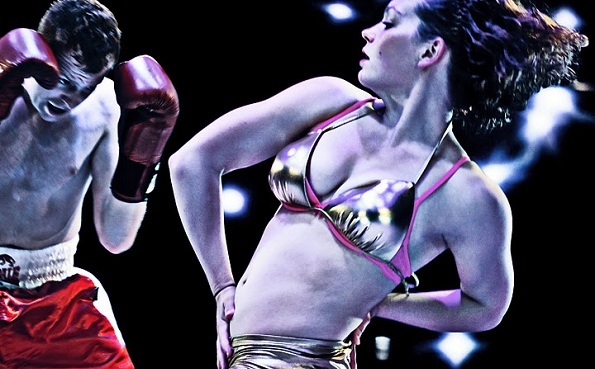 An explosion of exceptional theatre, dance, music and film is set to take over Sydney from January 7-29. In Australia’s largest summer festival, Sydney Festival 2012 will host 11 world premieres, 15 Australian exclusives and 14 Australian premieres, attracting up to 1 million locals and visitors. The 2012 Sydney Festival will celebrate uniquely Australian work as well as welcome companies from all over the world, using more than 25 venues across the city including Sydney Opera House, Seymour Centre, Riverside Theatres and The University of Sydney, as well as parks, laneways and city streets.

If a festival exists, in part, to hold a mirror up to its city each year, the cultural evolution of Sydney should be paralleled by the evolution of Sydney’s Festival. The 2012 Sydney Festival looks toward the horizon with a truly global summertime celebration of our shared humanity, of Australian innovation and of two dynamic communities with the potential to shape our city’s future cultural identity: Sydney’s second CBD, Parramatta, and Redfern – Australia’s ‘black capital’. Sydney Festival 2012 celebrates Sydney’s unique history and potential with Black Capital, a series of performances, seminars and exhibitions reflecting Sydney’s diverse contemporary Indigenous culture, held in Carriageworks in the heart of Redfern.

For 2012, supplementary funding from the State Government, matched by an increased commitment by Parramatta City Council, has enabled Sydney Festival to significantly expand its program in Parramatta as the focus of its activities in Western Sydney. Building on Sydney Festival’s commitment to presenting work in Western Sydney since 2003, this increased funding facilitated the Festival to present a comprehensive ten-day Festival of free and ticketed events. A feast for everyone, with free opening and closing events, the program also includes a whole host of music, theatre and cabaret in Riverside Theatres and Sydney’s newest venue, the gorgeous Idolize Spiegeltent in Prince Alfred Park. 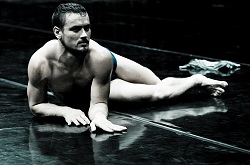 Dancer Paul White in 'Anatomy of an Afternoon'

The 2012 theatre and dance program features three giants in their fields: choreographer Sidi Larbi Cherkaoui joins forces with Damien Jalet, Antony Gormley and a company of 18 dancers and musicians to launch a swirling maelstrom of identity, ethnicity and culture with Babel; the National Theatre of Scotland and Frantic Assembly present the sweat-and-sawdust world of a boxing ring with Beautiful Burnout; and Declan Donnellan and his acclaimed company Cheek by Jowl return to Jacobean tragedy with a new production of John Ford’s ‘Tis Pity She’s a Whore, a violent and bloody drama of lust, vengeance and greed.

Kate Champion’s Force Majeure tells distinctly Australian stories examining the pressures of modern-day parenting with Never Did Me Any Harm; Urban Theatre Projects investigates who, exactly, has claim to our city in Buried City; and Gary Foley tells it like it is with Foley, one man’s reclaiming of his own history.

There’s more testosterone than can be poked with a stick when Thyestes storms a bloody trail to Carriageworks; a bunch of Bankstown boxers take over Belvoir’s downstairs theatre with I’m Your Man; and one of Australia’s most chilling tales, The Boys, returns to Griffin Theatre Company after its premiere 21 years ago.

Some stories find beauty in the masses, such as Gideon Obarzanek’s Assembly, with his crowds of dancers and choristers; while others examine the very small pleasures in life, like L’Effet de Serge. There are personal stories that have universal resonance, like Radio Muezzin; and Australian dancer Paul White’s nod to Nijinsky with Anatomy of an Afternoon. And then there are the universal stories that become very personal, such as Ontroerend Goed’s A History of Everything.

For the full program and tickets visit www.sydneyfestival.org.au