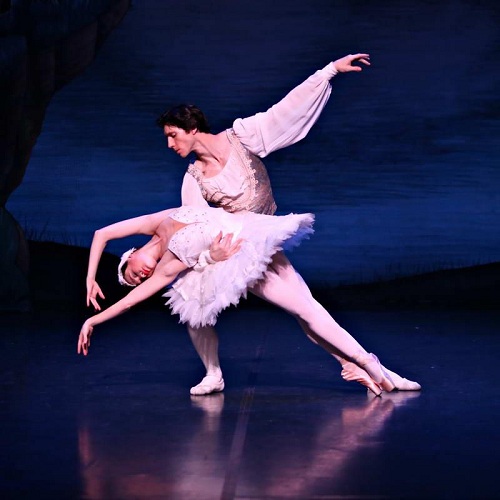 This new adaptation is choreographed by François Klaus and set in 19th century Russia. Klaus tells the tale of a ballet-within-a-ballet as he spotlights a love story between Mathilde Kschessinska (Imperial Ballet) and a young prince Nicholas, while reflecting the original plot of Swan Lake. The tale begins with Mathilde in the ballet studio reflecting on the lost love of her prince and then follows her through the love triangle that ensues.

With this nontraditional revamp it was hard to believe that you are watching Swan Lake during Act I, however Act II and particularly III see more of the conventional Swan Lake tale emerge. Overall the story was a breath of fresh air that seemed to captivate and delight theatre goers, but was not overly suitable for children.

With such a wonderful opportunity to tell this unique Swan Lake story it was a shame that the dancing itself was technically lacking at times. It was immediately apparent that some the principal roles were filled by newcomers and there were a number of non-company members on stage.

Hao Bin’s move from his short four month stint as soloist to principal was unprecedented and carried a huge amount of pressure and attention. Hao portrayed his character with dignity and a majestic pride, while his dancing was slightly flawed in its execution. Technically he is a very talented dancer, however it may have served him well to remain a soloist for a longer period before leaping into the demanding principal role.

Rachel Walsh portrayed her character beautifully as always and has gained some confidence stepping into this role after missing the original run in 2008.

Other noteworthy dancers who caught the eye included Yu Hui for his powerful allegro, Teri Crilly for her sassy, cheeky and distinct performance and Gareth Belling for his exquisite pas de deux work.

A large part of the choreography was taken up by pas de deux by both the principals and corps. This was well executed and created a lovely sense of unity among the leading roles.

After closely watching the corps dance together it was evident that there was a mix of company members, Professional Year and School of Excellence students on stage. They worked hard and performed nicely but some spacing, unity and technique issues prevented them from working together as the synchronized backdrop to the principals and soloists.

I give credit to Graham Maclean (Set Design) and David Walters (Lighting Design) for creating a professional and pristine production.

The Queensland Ballet succeeded in performing a distinct adaptation of the classic Swan Lake that charmed audiences and introduced them to ballet for 2012 and beyond.